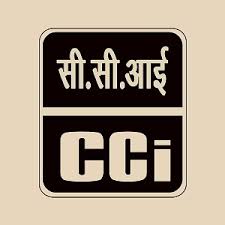 Cement Corporation of India Limited is a public-sector undertaking of the government of India. The company was incorporated as a wholly government-owned corporation on 18 January 1965, with the objective of setting up cement units in public sector to help achieve self-sufficiency in cement production in the country.

Cement Corporation of India Limited (CCI) was incorporated as a Company wholly owned by Government of India on 18th January 1965 with the principal objective of achieving self sufficiency in cement production. The authorised and paid-up capital of the company is Rs. 900 crores and Rs. 811.41 crores respectively.
CCI is at present having three operating units with a installed capacity of 14.46 lakh MT per annum. In line with the advancement in cement technology CCI had been adopting the latest one with one million tonne plants at Tandur. Bokajan unit at Assam is under expansion.
CCI manufactures various types of cements like Portland Pozzolana Cement (PPC), Portland Slag Cement (PSC) & Ordinary Portland Cement (OPC) of varying grades viz 33, 43,53 and 53S(special grade cement for manufacture of sleepers for Indian Railways) grades. Under strict quality control with the brand name of CCI Cement.
CCI with a strong & skilled work-force has always encouraged balanced regional growth with most of its factories located in underdeveloped/backward areas. CCI has also been contributing to the development of areas around factories by adopting nearby villages and providing the basic facilities like school, health center, drinking water etc.
For maintaining the ecological balance CCI is launching massive tree plantation drives from time to time at all units and in surrounding areas.

NEW DELHI . PESB has recommended the name of Shri PRADEEP KUMAR AGARWAL, Director(Marketing), CCI .,for the post of CMDr, Cotton Corporation of IndiaIn an another interview for the post of Director ( Fin), HMT Limited , the board did not find any suitable candidate .
Posted Date :  19-10-19