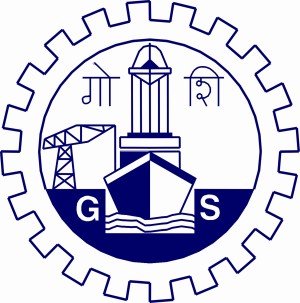 Goa Shipyard Limited (GSL) (IAST: Govā șipayārḍ limiṭeḍ) is an Indian Government owned ship building company located on the West Coast of India at Vasco da Gama, Goa. It was established in 1957, originally by the colonial government of the Portuguese in India as the "Estaleiros Navais de Goa" [1], to build barges to be used in Goa's growing mining industry, which took off after the establishment of India's blockade of Goa in 1955. In the wake of Portugal's defeat and unconditional surrender to India following the 1961 Indian annexation of Goa, it was requisitioned to manufacture warships for the Indian Navy and the Indian Coast Guard.

GSL is undergoing a modernisation of its yard to adapt to the latest technology in shipbuilding. To this purpose it is negotiating with well-known shipbuilders for an arrangement to collaborate. To date it has built 167 vessels, including barges, tugs, landing craft, offshore patrol vessels and other vessels for the Indian Navy and Coast Guard and for export to countries like Yemen.[2]
A new slipway has been commissioned to take up major repair jobs of ships in the dry dock area. A damage control simulator and two double boom level luffing cranes for heavy lifting have been constructed.

New Delhi: Adding another high-performance product to its diverse product profile, Goa Shipyard Limited (GSL) signed a contract with the Indian Army for a supply of 12 nos. high performance specialized patrol crafts. The contract was signed on 31st December 2020 between the Indian Army and GSL, repr
Posted Date :  31-12-20

Goa: Goa Shipyard Limited grabbed another prestigious AtmaNirbhar project in the pipeline, GSL won the contract for construction of 12 Advanced Fast Patrol Crafts for the Indian Army through competitive bidding.    One more addition to the Diverse Product Range of GSL for Nation
Posted Date :  22-12-20

Goa: The 5th and the last Vessel of the indigenous Project for 05 Offshore Patrol Vessels for Indian Coast Guard were launched at the hands of Smt Jayanthi Natarajan, wife of DG K Natarajan, Director General Coast Guard who was the  Chief Guest for the event on 14th Dec 2020 at Goa Shipyard
Posted Date :  14-12-20

Goa: The Flag off ceremony of the River Cruise Ferry, built by Goa Shipyard Limited for Uttar Pradesh Rajkiya Nirman Nigam (UPRNN) was held on 23 Nov 2020 at GSL. The ceremony was presided by Secretary (Defence Production) Shri Raj Kumar through video conference in the distinguished presence
Posted Date :  24-11-20

GSL makes another Ahead of Schedule Delivery of New Class OPV

GOA:The second in the class of 05 Coast Guard Offshore Patrol Vessel (OPV), built on GSL’s ‘in-house’ design was delivered to the Indian Coast Guard on 12th Nov 2020.    This largest and most advanced 105 meters long, new generation OPV was handed over to Coast
Posted Date :  12-11-20

Wasco: The 54thAnnual General Meeting (AGM) of Goa Shipyard Limited was held on 30 Sep, 2020 through video conferencing, due to COVID-19 pandemic.The meeting was attended by Cmde B. B. Nagpal, Chairman & Managing Director (CMD), other Directors, Auditors and the Shareholders. Audited Financial St
Posted Date :  01-10-20

Wasco: The 74th anniversary of India’s Independence was celebrated with patriotic fervour at Goa Shipyard Ltd (GSL). Cmde B B Nagpal,NM,IN(Retd), CMD, GSL unfurled the National flag at GSL campus, which was synchronized with the singing of National Anthem.  In view of the precautionary mea
Posted Date :  15-08-20

Wasco: It has come to notice of Goa Shipyard Limited (GSL) management that some unscrupulous agencies/ persons are hosting false information/recruitment advertisement on various websites and social media, on behalf of GSL, asking prospective candidates/ Job seekers to apply for job of “Office A
Posted Date :  12-08-20

Goa: Goa Shipyard Limited has extended a financial support of Rs. 1,25,00,000 (Rupees One Crore, Twenty Five Lakh only) towards PM CARES and Rs. 50 lakhs towards CM relief Fund of Government  of Goa to support country's WAR against COVID-19.   CMDE B B NAGPAL, CMD GSL Said, Under the C
Posted Date :  03-04-20