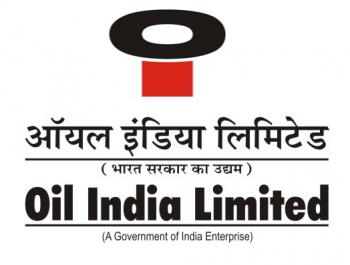 Oil India Limited (OIL) is the second largest hydrocarbon exploration and production Indian public sector company with its operational headquarters in Duliajan, Assam, India. The company is a state-owned Navratna under the administrative control of India's Ministry of Petroleum and Natural Gas with its corporate offices in Noida in the New Delhi-NCR region.
OIL is engaged in the business of exploration, development and production of crude oil and natural gas, transportation of crude oil and production of liquid petroleum gas. The company's history spans the discovery of crude oil in the far east of India at Digboi, Assam in 1889 to its present status as a fully integrated upstream petroleum company.
Oil India Limited was formed by the Burmah Oil Company Limited as its subsidiary in India 1887 to explore in the Assam Basin, India ( Corley, T A B, 1983, The History of the Burmah Oil Company, 1886-1983). Staff at the Burmah Oil Company Limited had heard from a geologist with the colonial British Indian Geological Survey, Thomas Oldham, that oil was found on the feet of elephants that were being used as beasts of burden in the vicinity of the Digboi village (Arun Metrie, pers. comm., former Burmah Oil economist, 1988). The oil on the elephants' feet was traced to the Digboi area, where a surface fold (anticline in geological parlance) had formed a broad hill. A successful technique for exploration for hydrocarbons at the time was drilling beneath seeps on anticlines (Thornton, S E, 2015, The history of Oil Exploration in the Union of Myanmar, Paper No. 10807), so Oil India drilled beneath the Digboi seeps and found a giant oil field. Several other oil fields were subsequently found by Oil India Limited in what became India's first oil production.
Recoverable oil reserves. As of 2014 the company produced 3.466 MMT of crude oil, 2625.81 MMSCM of natural gas and 46,640 tonnes of LPG.[1] Most of this was produced from its traditionally rich oil and gas fields concentrated in the Northeastern part of India and contribute around 80% of total oil and gas produced in the region. The search for newer avenues has seen OIL spreading out its operations in onshore / offshore Orissa and Andaman, Cauvery offshore, Tamil Nadu, Arabian Sea, deserts of Rajasthan, onshore Andhra Pradesh, riverbeds of Brahmaputra and logistically difficult hilly terrains of the Indian state Mizoram and Arunachal Pradesh. In Rajasthan, OIL discovered gas in 1988, heavy oil / bitumen in 1991 and started production of gas in 1996. The company has accumulated over a hundred years of experience in the field of oil and gas production, since the discovery of Digboi oilfield in 1889.
The company has over 100,000 square kilometres (39,000 sq mi) of licensed areas for oil and gas exploration. It has emerged as a consistently profitable International company[citation needed] and present in Libya, Gabon, Nigeria, Sudan, Venezuela, Mozambique, Yemen, Iran, Bangladesh and United States. OIL has recently emerged in the offshore giant gas-field project of Mozambique and also made discovery of oil & gas in Gabon as an Operator and Libya as non-operator. OIL acquired Shale oil asset in United States during 2012.
In recent years, OIL has stepped up E & P activities significantly in the North-East India. OIL has set up the NEF (North East Frontier) project to intensify its exploration activities in the frontier areas in North East, which are logistically very difficult and geologically complex.[citation needed] Presently, exploration activities are in progress along the Trust Belt areas of Arunachal, Assam including Mizoram. The Company operates a crude oil pipeline from Duliajan to Barauni, in Bihar.

New Delhi: Under the 2nd phase of the OIL CSR Project Jeevika, a programme was recently convened at Diyun Circle  with the two primary objectives of (a) distributing bee boxes and colonies (12 bee boxes and 12 bee colonies to 100 beneficiaries each) and (b) Certificate distribution / Valedictor
Posted Date :  03-02-20

New Delhi: Shri Harish Madhav has taken over as Director Finance on the Board of Oil India Limited on 2nd August 2019. He would be succeeding Smt. Rupshikha Saikia Borah who superannuated from the company on 28th Feb 2019. Earlier, Shri Madhav was Executive Director (Finance) at Oil India’s Cor
Posted Date :  09-08-19

Mumbai: Oil India Limited (OIL) has issued US$ 550 million 5.125% Bonds of the 10-year tenor in the international capital markets. This is the first 10-year issuance out of India for a corporate issuer since March 2018 and the largest 10-year issuance of an Indian investment grade issuer in the R
Posted Date :  07-02-19