MCL will construct a new building for Phuljharan Ashram CSR 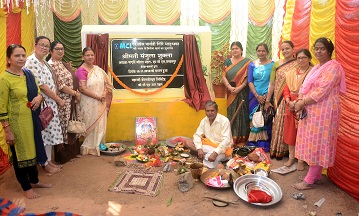 Sambalpur: Mahanadi Coalfields Limited (MCL), a subsidiary of Cola India Limited, will construct a new building for ‘Phuljharan Ashram’ – an old-age home in the outskirts of this district town in Odisha --  as part of CSR initiative.
Ms Manjula Shukla, the first lady of MCL & president Jagriti Mahila Mandal, today laid the foundation stone for the new building of the Red Cross Parbati Giri Matru Bhawan, Phuljharan, which is being built by the company at a cost of Rs 72.76 lakh.
The RCC structured building, with all modern facilities for comfort of elderly and destitute women, will have 12 rooms, four bathrooms and toilets with inner veranda passing through each room.This project is expected to be completed in next six months.
MCL, being the top contributor in Odisha under CSR, has remained actively involved in carrying out social welfare activities in and around its operational areas. 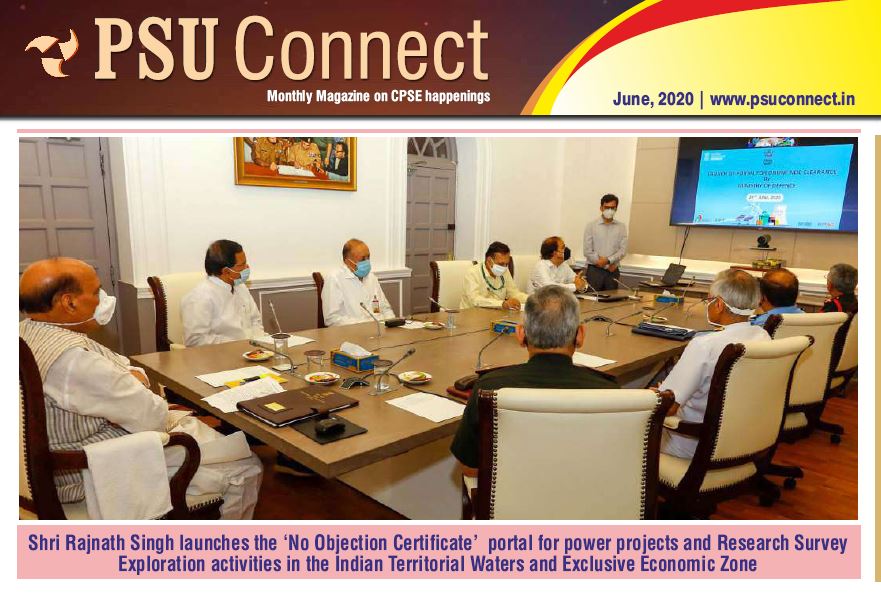 New Delhi: Under the Ministry's initiative for providing relief to Transgender Persons during Covid lockdown, more than 150 Ration Kits were distributed on 2nd Aug 2020, to the poor members of the community by NBCFDC through its NGO partner Anugraha Drishtidaan ably supported by CBO - Kinner
Posted Date :  01-08-20

MCL Distributes Umbrellas To The Needy

Sambalpur: With the advent of the rainy season, Mahanadi Coalfields Ltd. distributed umbrellas to 75 under privileged domestic helps from the peripheral villages of Burla, Odisha.
Posted Date :  27-07-20

New Delhi: On the Prime Minister's call for eradication of Tuberculosis (TB) from India by 2025, SECL is actively engaged in eradication of TB, in and around its coal mining areas in 02 states of the country by 2024 under its Corporate Social Responsibility (CSR).
Posted Date :  20-07-20

MCL to set up COVID care center at Bandhabahal Odisha

New Delhi: Mahanadi Coalfields Limited (MCL), a subsidiary of Coal India Limited is setting-up a dedicated 70-bed COVID Care Centre at Bandhabahal in western Odisha. The expenses for treatment, medicine, testing, food and accommodation will be borne by MCL, as a part of its CSR initiative. An
Posted Date :  18-07-20

New Delhi: ASHA or Accredited Social Health Activist, are the first port of call for health related demand by the rural population. During the Swachhta Pakhwada, our Project Team in Gulbarga in Karnataka, where we are developing a new oil depot, distributed personal protection kits, with Face Ma
Posted Date :  14-07-20

Sambalpur: Government Pabitra Mohan High School at Kaniha in Angul district will get 8m x 20m size hall under CSR of MCL. The project has been sanctioned for Rs. 42 lakhs. Being nodal centre of Kaniha block, this school is engaged in various curricular and administrative activities. This multipur
Posted Date :  07-07-20

Sambalpur: MCL is undertaking renovation of Govt. Ashram High School, Gopalpur in Hemgir Block. The Company has allocated Rs. 13.50 Lakh for this purpose. School runs classes for 6th to 10th and is located in the proximity to Basundhara Area. Majority of the students are hailing from peripheral
Posted Date :  26-06-20

Jamshedpur: A CSR initiative of RVNL, under-construction Hostel for Tribal students at Jamshedpur, is progressing at good speed and is likely to be completed by 15.Aug.2020, as part of RVNL's KGP-ADTP project
Posted Date :  23-06-20

New Delhi: CIL is helping over 220 families whose homes were devastated by Cyclone Amphan by providing them roofing materials for their damaged houses. CIL in association with International Society for Krishna Consciousness (ISKCON) has distributed roofing materials to 220 Amphan cyclone affecte
Posted Date :  22-06-20

NCL donated a flour mill to a womens

Khajura: Northern Coalfields Ltd. has donated a ‘Flour mill’ to a women’s self-help group enabling them to become self sustainable. This flour mill at Khajura Tola under Birkuniya Panchayat in Madhya Pradesh, will benefit and become a source of livelihood for 11 women who are part of this
Posted Date :  19-06-20

OIL provides free medicines to the people in the relief camps

New Delhi: Under OIL’s CSR Project Sparsha, the doctors and paramedics have been screening health and providing free medicines to the people in the relief camps. Apart from health screening of more than 2000 people in last 3-4 days, awareness on health and hygiene was also carried out. Peo
Posted Date :  16-06-20