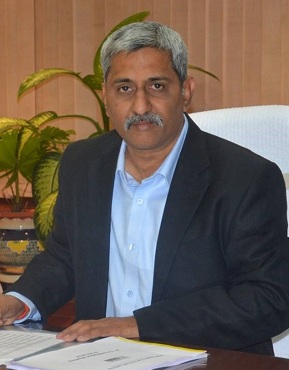 Singrauli: Shri P.M. Prasad, Director (Technical/Project & Planning) of Northern Coalfields Limited (NCL), has assumed additional charge of Director (Technical) of Coal India Limited (CIL)'s subsidiary Bharat Coking Coal Limited (BCCL) Thursday on 9th May 2019. Prior to Shri Prasad, Director (Technical) CMPDI Shri K. K. Mishra was holding the baton of this board level post. Public Enterprises Selection Board (PESB) has also recommended the name of Shri Prasad for the post of Chairman-cum-Managing Director (CMD) of BCCL last month.
Shri Prasad had assumed his charge as a Director (Technical/Project and Planning), NCL in February last year. During his more than one year stint, he has been instrumental in the company's planning activities that led the company in the new league of coal production and productivity. For a short span during this period, he also served CIL subsidiary Western Coalfields Limited (WCL) as Director (Technical) additional charge.
With more than 34 years of experience in Opencast and Underground Coal Mining, Shri Prasad was heading NTPC's coal mining division as Regional Executive Director (Coal Mining) from May 2015 before joining as NCL Director (Technical / Project and Planning). The biggest challenge for him was to start production of coal in NTPC's coal projects especially from Pakri Barwadih coal mine in Jharkhand, where rehabilitation and resettlement was one of major issues. With his leadership and multifaceted skills, the production of coal from this mine get started after 12 years of allocation.
Graduated as mining engineer in 1984 from Osmania University, Shri Prasad started his services as a mining engineer the same year in CIL. He obtained M.Tech degree in Open Cast Mining from ISM Dhanbaad in 1991. Serving as a flamboyant mining engineer safety remains his prime concern and he is a firm believer to get it implemented at utmost priority. He is also recipient of various prestigious awards for improving safety bulwarks. The Pakri Barwdih project, his grand success story, has also earned laurels as Swarn Shaki Award.

Jaipur: Shri Rakesh Chopra took charge as Managing Director of Rajasthan Electronics & Instrumental Limited-( REIL) on 01.04.2020.   Shri Chopra  joined REIL as Engineer Trainee in 1986. Prior to taking over as MD , he was senior most General Manager and was looking for Electronics & Infor
Posted Date :  03-04-20