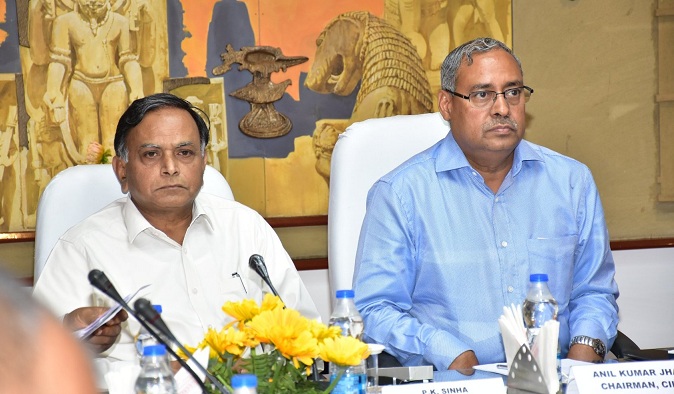 Singrauli: Northern Coalfields Limited (NCL), has become the third company of the country and the third subsidiary of Coal India Limited to produce 100 million tonne coal. With this, the company achieved its assigned target of 100 million tonnes of coal production on Tuesday straight 5 days ahead of fiscal completion. This happens to record highest ever since the inception of the company. Coincidentally, the achievement comes at the time when Chairman CIL is on a 2-day visit to NCL.
The Chairman CIL Shri A. K. Jha congratulated team NCL for the historic achievement. During his 2-day visit to NCL, Shri Jha will be visiting NCL mines and utilities. The CMD NCL, Shri P. K. Sinha, the  Director (Technical / Operations) Shri Gunadhar Pandey, the Director (Technical / Project and Planning) Shri. P.M. Prasad and Director (Finance) Shri N. N. Thakur congratulated Team NCL and said the day will always be remembered for its significance. The top leadership has expressed hopes that the company will continue with similar vigour.
Company's dispatch also crossed 100 million tonnes. Till Tuesday, the company had despatched  100.14 million tonnes of coal which is very close to the target of 100.50 million tonnes. The company is expected to complete dispatch targets too before the end of the financial year. Most of the company's coal projects have either achieved their annual target or have produced more coal than the assigned target. Going by the performance by far, the remaining areas are also expected to achieve the targets ahead of the fiscal end.