A security guard working at Axis Bank branch in Sector 34A of Chandigarh allegedly ran away with Rs 4.04 crores in cash. 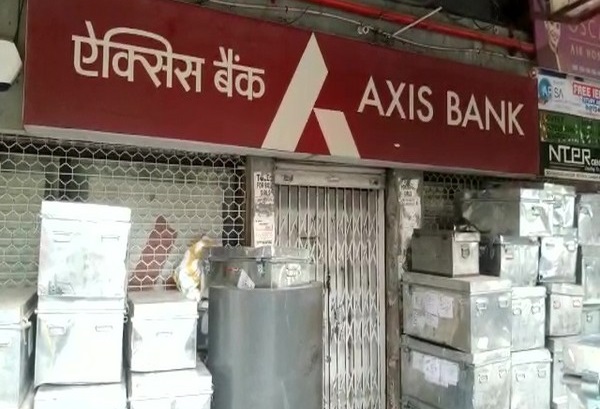 New Delhi: A security guard working at Axis Bank branch in Sector 34A of Chandigarh allegedly ran away with Rs 4.04 crores in cash, the police said on Sunday.

"The bank has informed at about 5.30 pm that cash Rs 4.04 crores are missing from the branch and they have full doubt that the missing person who was serving as a security guard in the bank has stolen the cash," the police said.

"A case has been registered and raids are being conducted at suspected places to nab the culprit," ANI reported.

However the suspect was caught on the camera while he was stealing the money, it was all clearly seen, he took multiple in and outs to take out the cash, as he hid the money inside his clothes. Yet the police officials are in search of him and investigation is under process.

New Delhi: The Reserve Bank of India on Thursday said it has cancelled the licence of United Co-operative Bank Ltd, Bagnan, West Bengal, as it does not have adequate capital and earning prospects.   Consequently, the bank ceases to carry on banking business, with effect from the close of
Posted Date :  14-05-21

New Delhi: India's central bank is informally urging lenders to cut ties with cryptocurrency exchanges and traders as the highly speculative market booms, despite a Supreme Court ruling that banks can work with the industry, three sources told Reuters     The guidance comes as
Posted Date :  13-05-21

RBI to auction govt securities worth Rs26,000cr on May 14

New Delhi: The Government has announced the sale (issue/re-issue) of three dated securities amounting to Rs 26,000cr. Further, the Centre also has the option to retain additional subscription up to Rs 6,000cr against the three dated security or securities.The auctions will be conducted by the Reserv
Posted Date :  13-05-21