Chairman and CEO Railway Board, Shri. V. K. Tripathi, senior officers of Railway Board and Northern Railway were also present during the function. 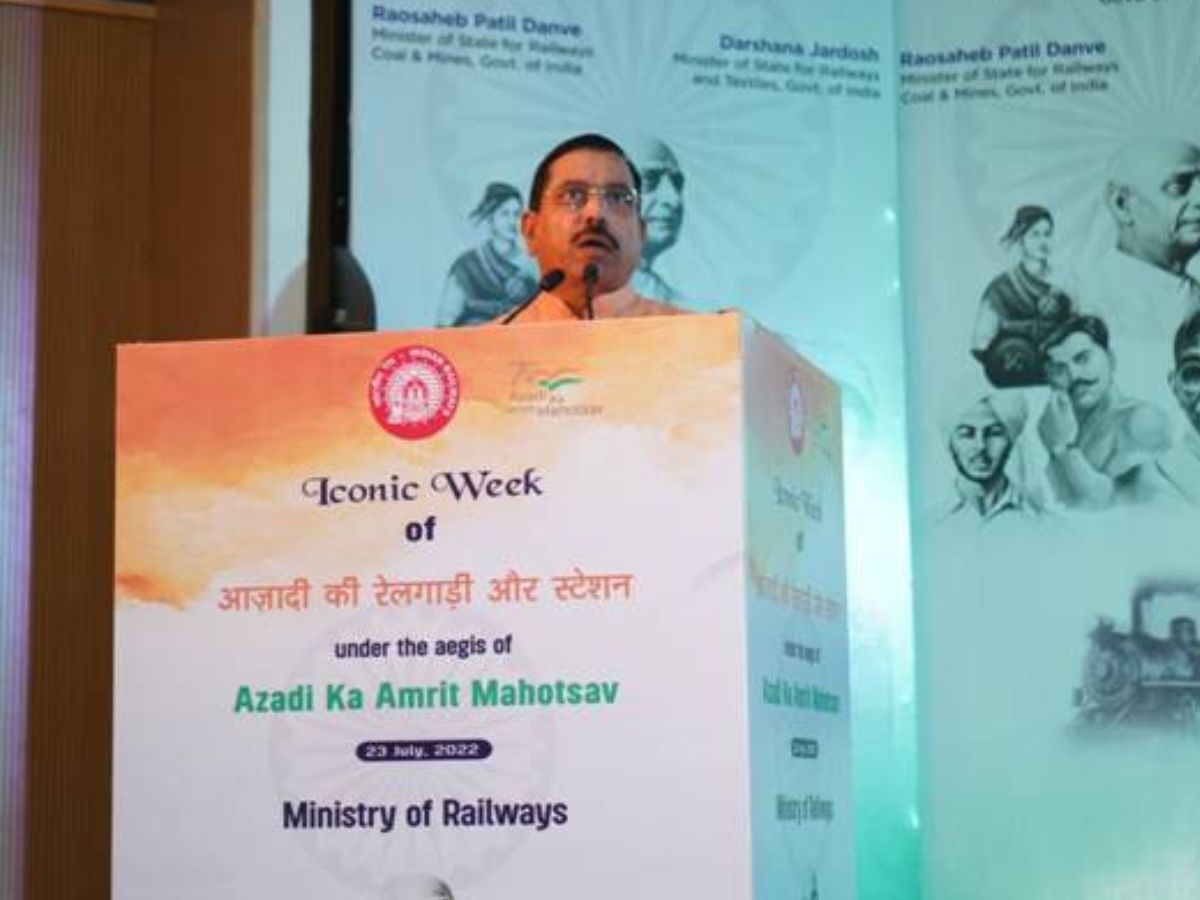 Chairman and CEO Railway Board, Shri. V. K. Tripathi, senior officers of Railway Board and Northern Railway were also present during the function.

Speaking on the occasion, Shri  Pralhad Joshi said, “Under the guidance of Hon’ble Prime Minister, the country is celebrating Azadi Ka Amrit Mahotsav. Indian Railways has organized an excellent program in this Iconic week by felicitating so many Freedom fighters across India at various locations. I congratulate Indian Railways for hosting such a grand celebration today and giving me an opportunity to interact with the freedom fighters.

The experiences of our freedom fighters will surely enlighten the younger generation and instil patriotism”.

During the closing ceremony, the Freedom Fighters and family members joined the closing ceremony via VC from various locations. All Zonal Railways also joined the event through online mode. A film prepared by Railways highlighting the importance of 75 stations and 27 trains over the country associated with the independence movement was screened at the venue.

Bharat Gaurav Divya Kashi Aadi Amavasya Express was flagged off from Madurai via VC. A Nukkad natak was performed by the artist of Northern Railway.

The activities during the weeklong celebrations over IR included colorful lighting and decorations of the station building. Exhibitions, Photo galleries and Standee displays were set up at the stations. Video clips were shown and Patriotic songs were played at the station platforms. Nukkad Nataks and Skits bearing the essence of freedom struggle belonging to the station were staged to highlight the importance of the station. During the iconic week,few trains were tastefully decorated with flowers and flagged off by freedom fighters.

The country is celebrating ‘Azadi Ka Amrit Mahotsava’, 75 years of Independence and the phenomenal growth and development of India. In this connection Indian Railways held a weeklong celebration to highlight the role of Railways in the freedom struggle with an objective to connect the people and the youth with the glorious history of India. The celebrations were impactful to kindle patriotic spirit in the minds of travelling public and the people at large.

The Iconic Week Celebration was very impactful across the country and more vibrant around the Freedom Stations & Spotlight Trains to kindle the patriotic spirit in the minds of travelling public and people at large.