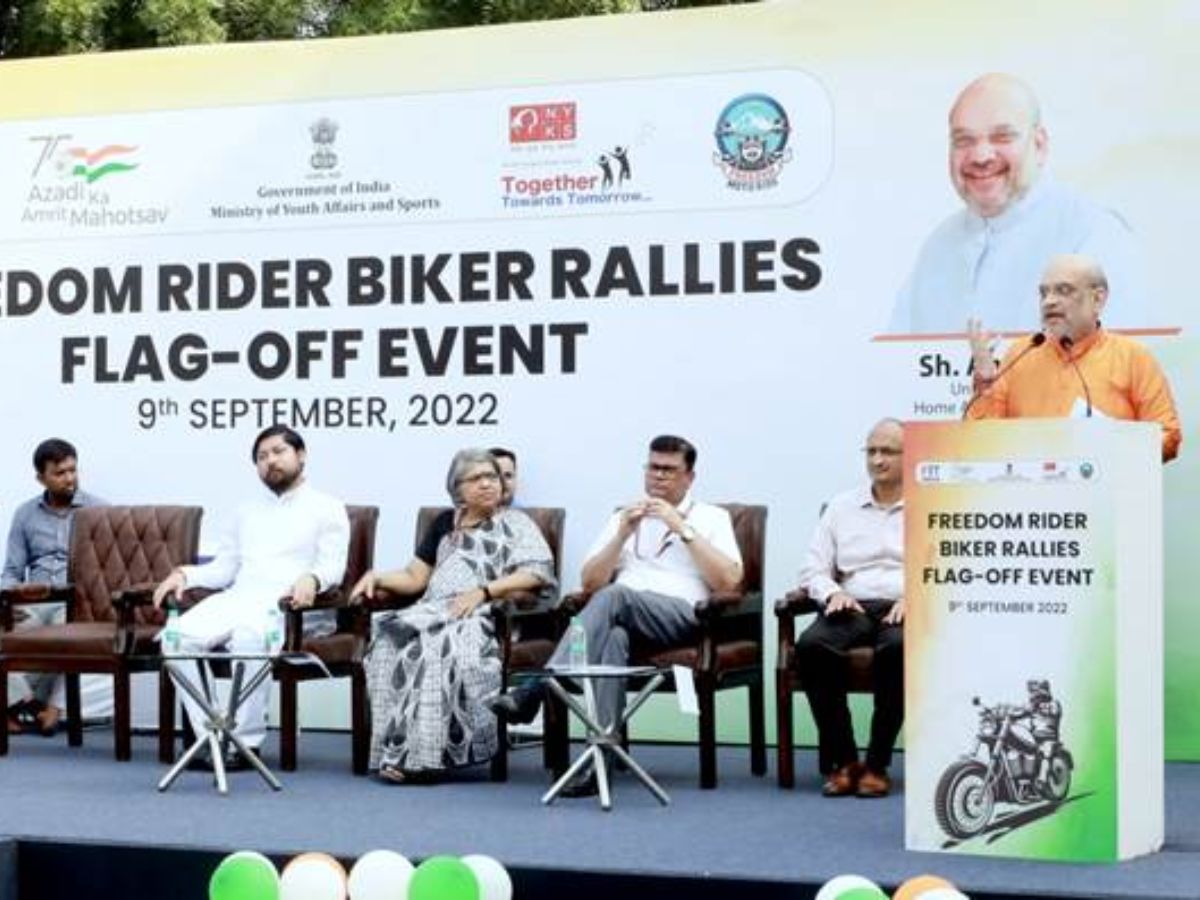 But, on 15th August this year, from Kashmir to Kanyakumari and from Dwarka to Kamakhya, people from every section of society joined the Har Ghar Tiranga campaign and the spirit of patriotism that was visible showed that Shri Narendra Modi has been successful in taking the Amrit Mahotsav to the masses.

Prime Minister Narendra Modi has given three goals for the Azadi ka Amrit Mahotsav. First, to acquaint the new generation, the youth, adolescents and children with the long and arduous freedom struggle. Lakhs of martyrs, knowingly or unknowingly, from 1857 to 1947made their supreme sacrifice in the 90-year struggle for the country's Independence. To acquaint our new generation with their sacrifice and to inculcate a sense of dedication towards the country, which our Freedom Fighters had in their mind. Its second goal is to create a sense of pride about the achievements made by our country in 75 years.

The third goal is, after deciding the goals for an India in 2047 when we will be celebrating the Centenary year of our Independence, we have to lay down the path for the journey of India through this ‘Amrit Kaal’ of 25 years. This period of Amrit Kaal decided by Prime Minster Shri Narendra Modi is creating a new spirit and courage in the mind of every Indian, that at that time when the Centenary of Independence will be celebrated, India will be the best in every field. With this goal, 130 crore countrymen have set out on a journey to make India great.

The Union Home Minister said that the tide of patriotism was felt during the 'Har Ghar Tiranga campaign' which hardly any country would have experienced. The Tricolour was hoisted on every house, vehicle, monument and people were uploading their photos with pride while hoisting the Tricolour. It shows us the love and patriotism amongst the people. Today, 120 people, including 10 women, are proceeding on a 75-day tour of the country on 75 motorcycles as part of the Azadi ka Amrit Mahotsav. These motorcyclists will travel through 34 States and Union Territories, including six international borders, travel to more than 250 districts and travel a long distance of 18,000 km in 75 days, promoting the AzadikaAmritMahotsavat 75 important places and will return to the national capital. This effort will definitely prove to be successful in strengthening national unity and in taking the objectives of AzadiKaAmritMahotsav to the people.

This journey will also be successful in conveying the message of ‘Fit India’ to the youth. Freedom Motor Riders will take the message of Unity in Diversity to the country and connect with the youth by taking out small bike rallies in the States or cities they will be visiting. A commendable effort has been made to connect thousands of youth with this programme. When they return to Delhi on November 24, new energy will surely reach the youth. The lives of all these motorcycle riders will also change after getting to know the country, traveling 18,000 kms and coming in contact with different languages, foods and clothing.

Shri Amit Shah said that the 18,000 km journey will revive the immortal saga of unsung martyrs as well as inculcate the spirit of patriotism in the youth. He added that prime Minister Narendra Modi dedicated the ‘Kartavya Path’to the country by doing away with a symbol of colonisation. He said that this journey will also create awareness of duty in the mind of every citizen.Shri Shah said Prime Minister Narendra Modi in his speech yesterday said New India can be built only through the dedication of 130 crore citizens towards their duties. In a way Rights are born out of Duties and when we discharge our Duties, at that same moment we also fulfill the Rights of others. The best way to fulfill the Rights is that every person should discharge his Duties and when 130 crore people perform their Constitutional Duties through the expression of the spirit of patriotism, then no one can stop the Nation from progressing.

The Union Home Minister said that under the leadership of Shri Narendra Modi, the Nation has got a new direction and energy and in many areas, which could not have been imagined, the country has achieved progress in the last eight years. He said eight years ago India was the 11th largest economy and today it has the privilege of being the 5th largest global economy from a position of 11th in the last eight years itself. He said following the path shown by the Prime Minister and the path he has tried to make for the country’s progess, in the Centenary year of Independence the path will lead us to the highest position in the world.