This currency chest will help the overall financial ecosystem in the North East with the supply of currency notes. 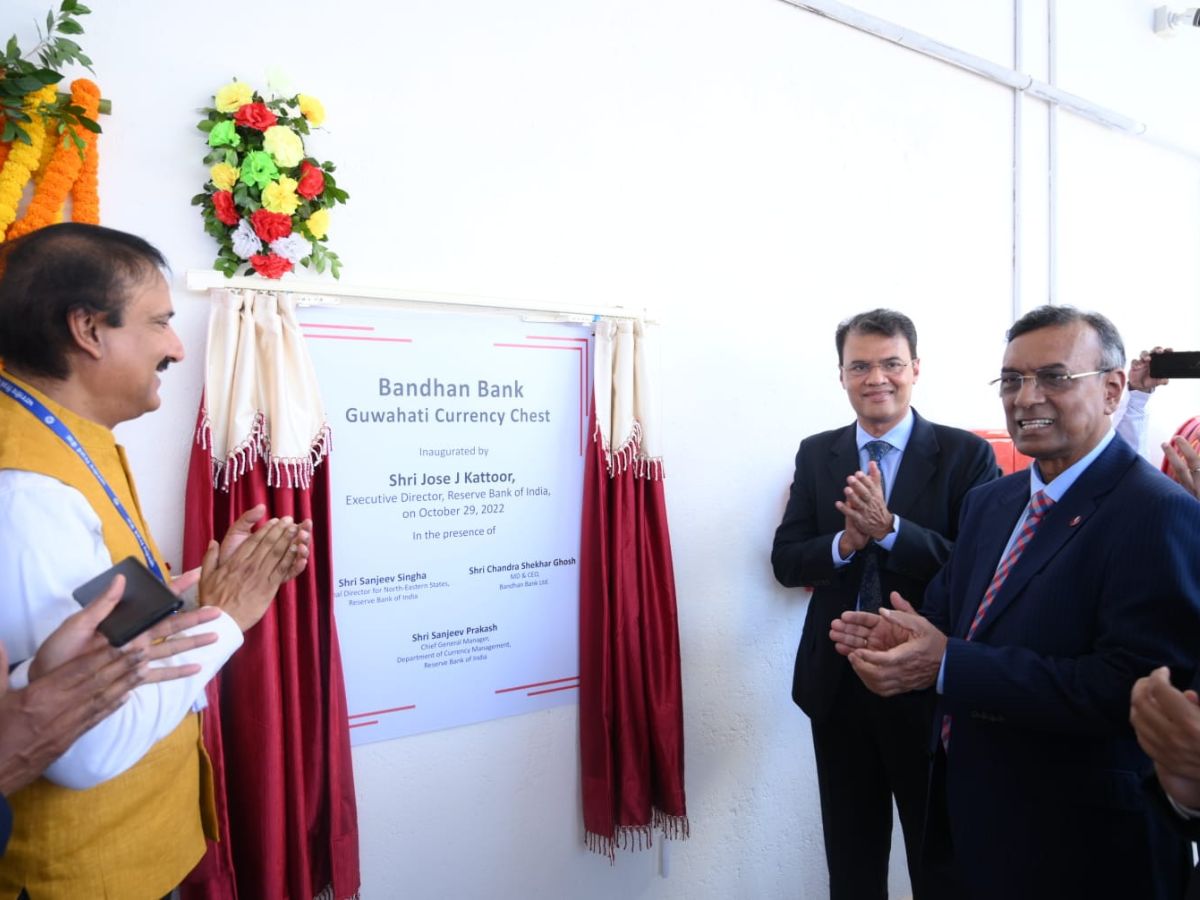 Executive Director of the Reserve Bank of India, Jose J Kattoor; Regional Director for North Eastern States, RBI Guwahati, Sanjeev Singha; and MD & CEO of Bandhan Bank, Chandra Shekhar Ghosh, along with other senior officials were present at the inauguration of the Guwahati currency chest.

In Assam, Bandhan Bank currently has a customer base of around 26 lakh. Through a network of more than 472 banking outlets, the Bank caters to the banking needs of the people of Assam. The Bank will open more than 550 new branches across India in the current financial year, out of which 20 will open in Assam.

C S Ghosh, MD & CEO, Bandhan Bank commented on the occasion, “Assam has been an important market for Bandhan Bank for many years now. We have received the trust and love of more than 26 lakh customers in the state. Our significant distribution in Assam and the rest of the North East made Guwahati a default location for our currency chest. The opening of this currency chest is a testament to our commitment to the development of Assam and the North Eastern states of India.”