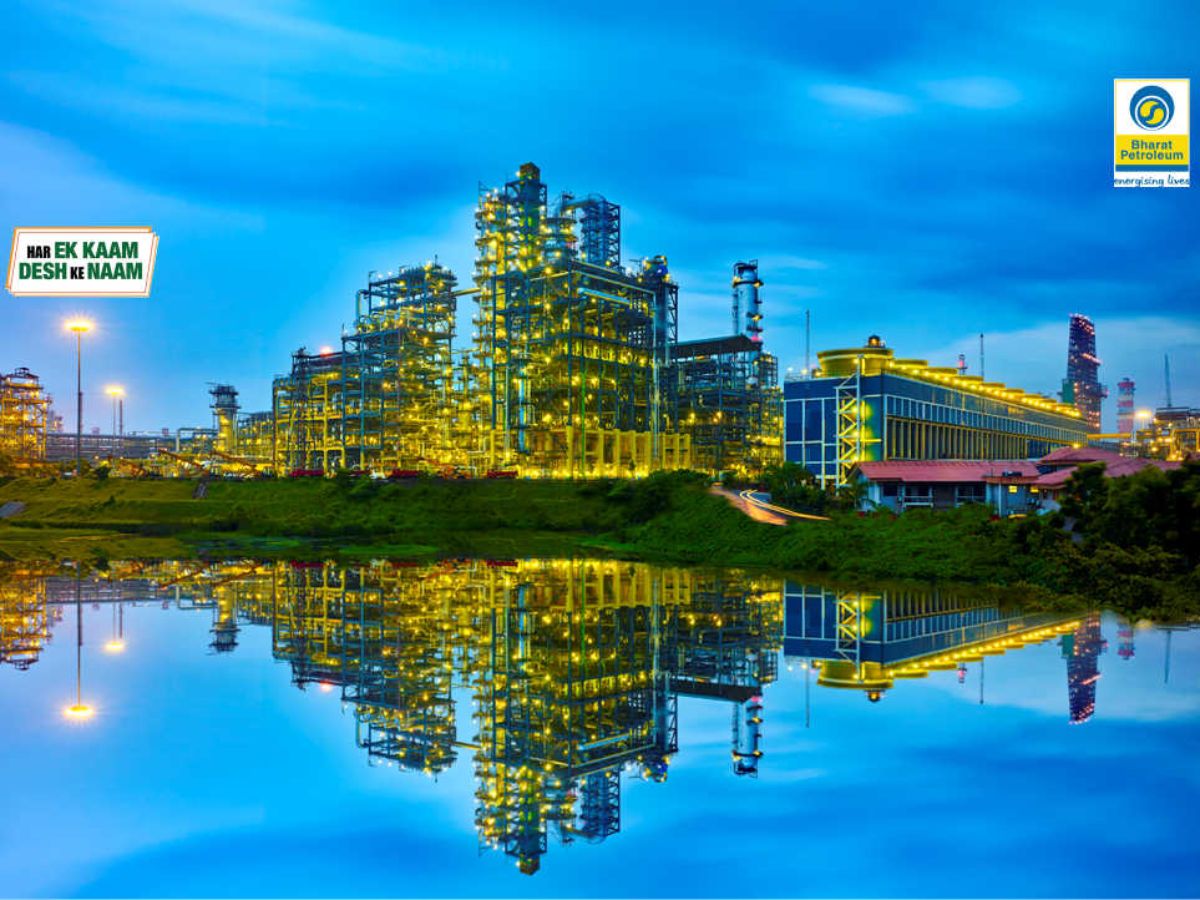 New Delhi: India's Second Largest government-owned oil corporation Bharat Petroleum Corporation Limited (BPCL) completes its five years as "Maharatna" Public Sector Undertaking (PSU). 52.8% of the shares of BPCL were owned by the Government of India (through the President of India), with the rest owned by Foreign PortInstitute estors (13.7%), Domestic Institute Investors (12%), Insurance companies (8.24%) and the balance held by individual shareholders

The company business is divided in seven Strategic Business Units like Retail, Lubricants, Aviation, Refinery, Gas, I&C and LPG. As of 2021, the number of employees consists of 9257.

From the ground Burmah Shell, the erstwhile identity of BPCL was nationalised in 1976 and on 24 January 1976, it was taken over by the Government of India to form Bharat Refineries Limited. On 1 August 1977, it was renamed Bharat Petroleum Corporation Limited. Mumbai Refinery forms the roots from where Bharat Petroleum Corporation Limited spread its branches. From a small refinery of 2 MMTPA capacity to its current 14.5 MMTPA, it not only satisfies the diverse needs of its customers, but has evolved to be the first of India’s modern refineries, symbolizing the country’s industrial strength and leveraging the latest innovations and technologies to enable digital transformation.

Spread over 454 acres of land at Mahul, the Mumbai Refinery was ready one year ahead of schedule! Dr. S. Radhakrishnan, the then Vice President of India, declared the refinery open, in the presence of Shri Morarji Desai, the then Chief Minister of Maharashtra, in May 1955.

The first step towards import substitution came about in June 1956, with the commissioning of Burmah Shell’s lubricant blending plant – the largest and most modern in the East – at Wadi-Bandar (known as Wadilube installation).

On 27th September 1999, Bharat Petroleum launched the Petro Bonus Program. It is India's first pre-payment-cum-rewards scheme in the oil sector, implemented through an easy to use, state-of-the-art microprocessor based smart card technology.

With this the company achieved a lot success and their goals from being an Oil and Gas Company in India to a Fortune 500 oil refining, exploration and marketing conglomerate.