NH-334B is nearing completion with ~93% progress and is targeted for an early completion by 3 months in January 2022, said Nitin Gadkari 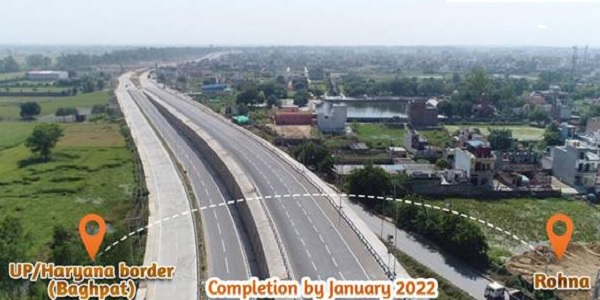 NEW DELHI: Union Minister for Road Transport and Highways Shri Nitin Gadkari has said that National highways are growing at an unprecedented pace under the leadership of Prime Minister Shri Narendra Modi. In a series of tweets, he said the project, NH-334B is nearing completion with ~93% progress and is targeted for an early completion by 3 months in January 2022.

He said the NH-334B which starts at the UP/Haryana border (Baghpat) and ends at Rohna will provide seamless connectivity from UP to Rajasthan border via Haryana ensuring users can bypass Delhi traffic. The Minister informed that the NH-334B also crosses NH-44 providing direct access to commuters to Chandigarh and Delhi.

Nitin Gadkari inaugurates, lays foundation stone for 821 km of NH in UP