Bank of Baroda, Canara Bank, Punjab National Bank, and the SBI are such banks that were in the process of consolidation. 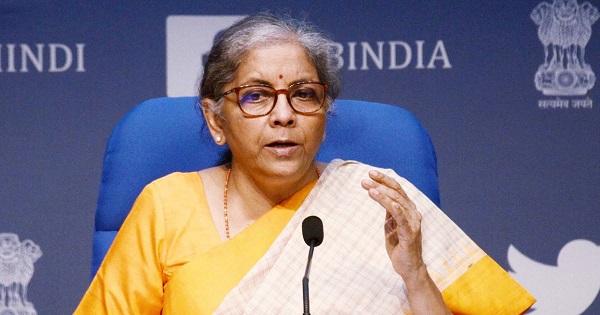 New Delhi: The Union Finance Minister Smt Nirmala Sitharaman and the central government are likely to slash the NPAs and transferring certain employees of the banks to the state-run lenders before the privatisation of two banks which are mentioned by the finance minister in the Union Budget 2021-2022.

Additionally, it was also mentioned that recently banks that were part of the consolidation will not be considered for privatization. This process of shifting employees from the banks to state-run will further an attractive prospect for prospective buyers.

Bank of Baroda, Canara Bank, Punjab National Bank, and the State Bank of India are such banks that were in the process of consolidation. It is also mentioned that the candidates for privatization will be identified by the finance ministry along with the Niti Aayog in the coming 10 days.

RBI released Quarterly Statistics on Deposits and Credit of SCBs

New Delhi: The Reserve Bank released Quarterly Statistics on Deposits and Credit of Scheduled Commercial Banks (SCBs), December 2020 on its Database on Indian Economy (DBIE) portal. The Bank credit growth (Y-o-Y) improved to 6.2 percent in December 2020 from 5.8 percent in the previous quarter but i
Posted Date :  25-02-21

New Delhi: YES Bank share was trading 4.4% higher in Wednesday's session, ranking among the most active banking scrips in terms of volumes on BSE and NSE today. The stock of the private lender opened at Rs 15.75 as against its previous close of Rs 15.65 and touched the day's high of Rs 16
Posted Date :  24-02-21

Is Govt shifting bank employees to state-run lender before privatisation

New Delhi: The Union Finance Minister Smt Nirmala Sitharaman and the central government are likely to slash the NPAs and transferring certain employees of the banks to the state-run lenders before the privatisation of two banks which are mentioned by the finance minister in the Union Budget 2021-202
Posted Date :  24-02-21

New Delhi: After the announcement of privatizing two Public Sector Banks in the budget session 2021-2022 by finance minister Nirmala Sitharaman, bank unions decide to go on 2 days strike starting from 15 March 2021. Employees of the government sectors are not so happy with this decision because t
Posted Date :  23-02-21

New Delhi: The Reserve Bank of India (RBl) has, by an order dated February 22, 2021, imposed a monetary penalty of Rs 1.00 lakh (Rupees one lakh only) on Jilla Sahakari Kendriya Bank Maryadit, Sidhi (the bank) for non-compliance with the provisions of the Banking Regulation Act, 1949 (the Act) and t
Posted Date :  23-02-21

New Delhi: The Reserve Bank of India on Thursday, Feb 18, 2021, issued guidelines in the master directions on Digital Payment Security Controls. Going by the pre-eminent role being played by digital payment systems in India, RBI gives the highest importance to the security controls around it. Now it
Posted Date :  19-02-21

Finance Minister explains govt priorities to the RBI board

New Delhi: Hon’ble Union Minister of Finance & Corporate Affairs, Smt Nirmala Sitharaman holds customary meeting with the board members of the RBI and Sebi after the Budget presentation every year. FM Sitharaman on Tuesday explained the government's priorities to the Reserve
Posted Date :  17-02-21

Govt to work with RBI for execution of bank privatisation plan: Nirmala Sitharaman

Mumbai: Finance Minister Nirmala Sitharaman on Sunday said the government will work with the Reserve Bank for the execution of the bank privatization plan announced in the budget. Speaking to reporters in the financial capital, Sitharaman also said that the government has no plan to form any bank in
Posted Date :  08-02-21

New Delhi: The Reserve Bank of India is on for a major change and towards the new way of transaction. RBI is preparing to bring digital currency, which will change the way of transaction, in order to curb the increasing expenditure on black money and the printing of currency. The RBI is
Posted Date :  28-01-21

New Delhi: Yes Bank's great initiative for Micro, Small and Medium Enterprises (MSME) to strengthen them, the ban launches YES MSME which will facilitate speedy and easy access to funds.  Yes Bank said, the YES MSME is focusing on the supporting values which expand the growth of MSM
Posted Date :  21-01-21

New Delhi: SBI, ICICI Bank, and HDFC Bank continue to be identified as Domestic Systemically Important Banks (D-SIBs), under the same bucketing structure as in the 2018 list of D-SIBs. The additional Common Equity Tier 1 (CET1) requirement for D-SIBs was phased-in from April 1, 2016, and became full
Posted Date :  21-01-21