The Union Cabinet decided to establish 26th November as Constitution Day in the year 2015  which marked the 125th birth anniversary of Dr BR Ambedkar, the Chairman of the Drafting Committee of the Constitution. 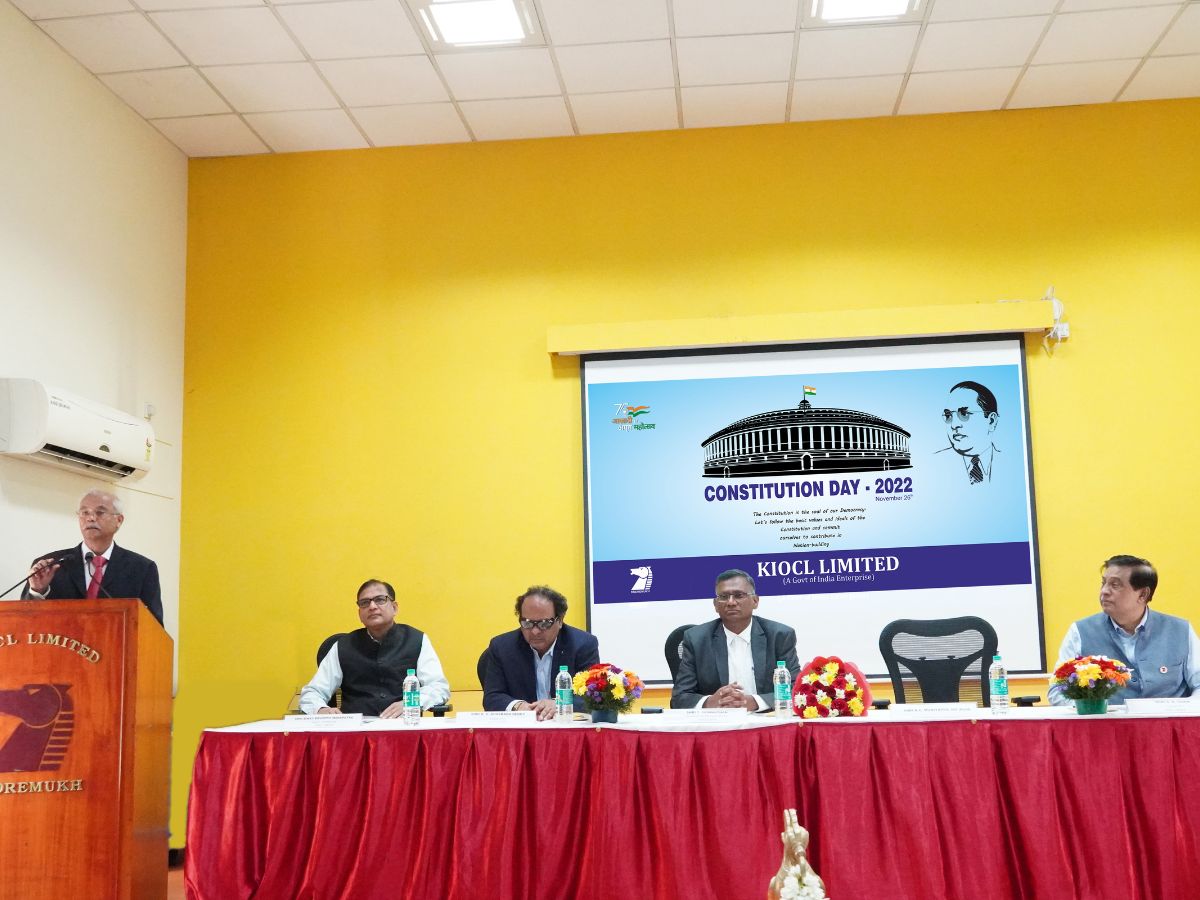 Shri NC Muniappa, Rtd Principle Secretary, Dept of Tourism, GoK was the Chief Guest who spoke on the importance & significance of the Constitution in the Indian context and the contribution of Dr BR Ambedkar in drafting the Constitution. He stressed that it is the duty of every citizen to read the book on Constitution and know their constitutional rights.

Sri T Saminathan, CMD addressed the gathering and said that it is more than seven decades since we adopted the constitution but still discrimination in the grassroots level in villages it is practised. Education is the only weapon to fight out for their Civil rights.