The two parties is an important and meaningful event which will benefit the state greatly. 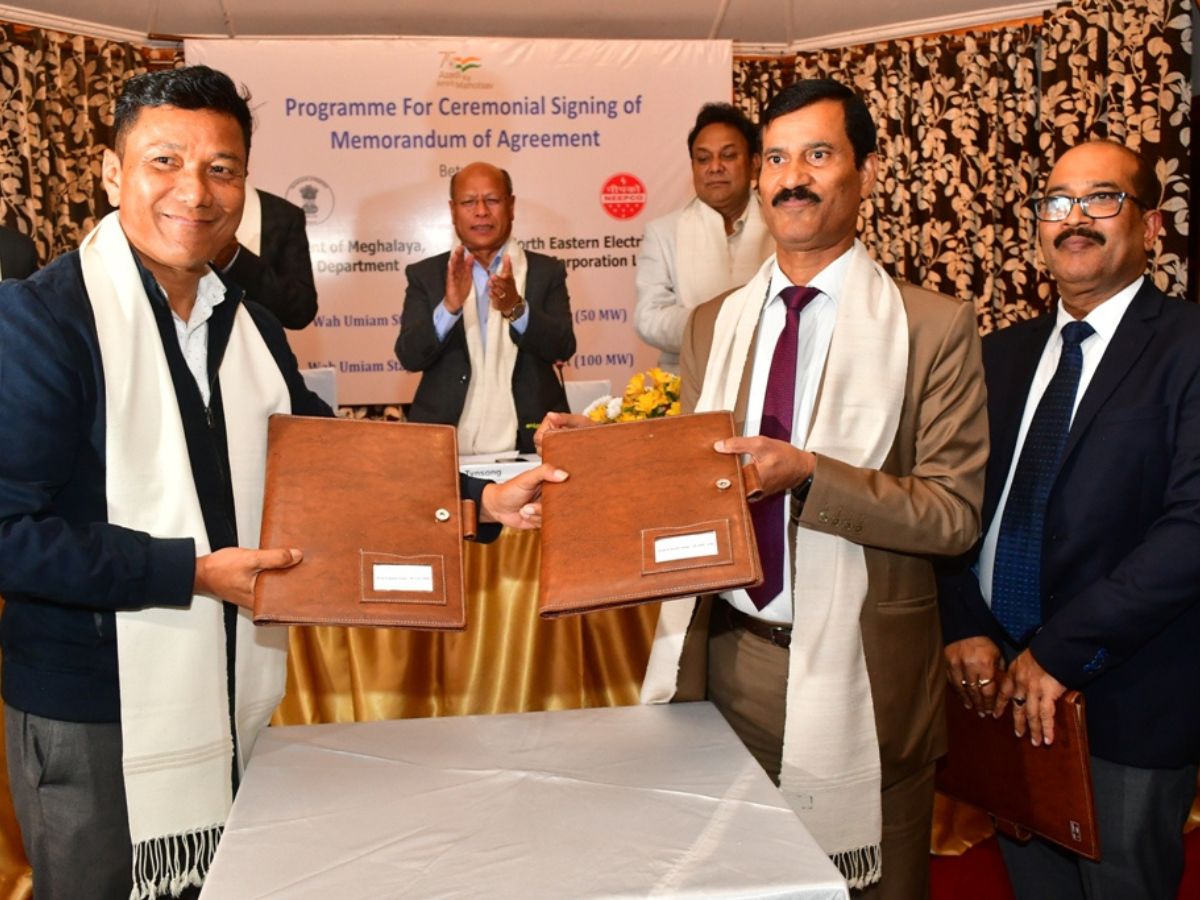 New Delhi: North Eastern Electric Power Corporation Limited (NEEPCO), a CPSE under Ministry of Power signed memorandum of agreement with Government of Meghalaya on Tuesday, 25th October 2022 in a significant push to the development of hydro projects in the state.

Speaking on the occasion Shri Prestone Tynsong expressed his gratitude to NEEPCO and stated that the signing of agreement between the two parties is an important and meaningful event which will benefit the state greatly.

The minister also assured that the government will cooperate and provide the required services to make sure that the project is completed at the earliest. Power generation is the main problem faced by the state from time to time, presently the government can generate only 350 mw and the requirement in the state is 650 mw which shows a huge deficit in the demand and supply of power, he added. He also informed that the government has been looking for ways and means for the possibility of transformation in the power sector, hence the tie up with the CPSU (Central Public Sector Undertaking) in the form of NEEPCO is very much needed, he said.