The 1,250 km long expressway to pass through Haryana, Rajasthan, Madhya Pradesh, Gujarat and Maharashtra, will cut travel time between Delhi and Mumbai by 13 hours from 24 hours. 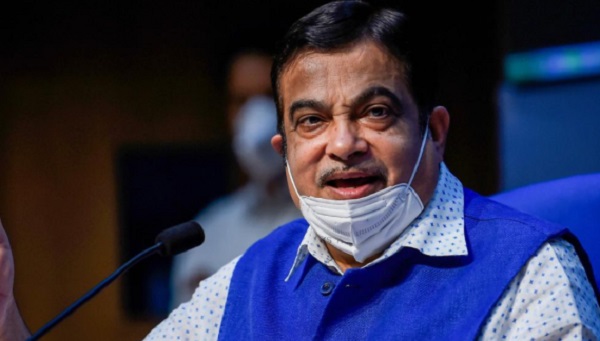 New Delhi: Union Road Transport and Highways Minister Nitin Gadkari will on Thursday review the progress of the Delhi-Mumbai expressway project in Haryana's Nuh district. The foundation stone for the project was laid in March 2019.

The 1,250 km long expressway to pass through Haryana, Rajasthan, Madhya Pradesh, Gujarat and Maharashtra, will cut travel time between Delhi and Mumbai by 13 hours from 24 hours.

Recently, the Minister and the National Highways Authority of India (NHAI) claimed in a statement that a section of the expressway will be operational in the second half of 2022.

It is expected that the proposed 12-lane expressway will ease traffic congestion on Pune-Mumbai expressway and other highways as well as bring down vehicular pollution in the national capital. Besides, vehicles including buses and trucks can ply on the route at 120 kmph speed.

The total estimated cost of the Delhi-Mumbai expressway project is about Rs 87,453 crore, including land acquisition cost of about Rs 20,589 crore.

The carriageway will run parallel to the Delhi-Alwar route in Haryana and will exit the state at Kolgaon.

The upcoming expressway, will have India's first animal bridges. These will be designed to keep the wildlife section unaffected from the new infrastructure. There will be around five such animal bridges, passing through Ranthambore wildlife corridor and Mukundra wildlife sanctuaries in Rajasthan.

Also, the toll collection on the stretch will be through Radio Frequency Identification (RFID) technology. An initiative of the Ministry of Road Transport and Highways (MoRTH) for implementing electronic toll collection across the national highways in India.(IANS)

New Delhi: Union Minister for Road Transport and Highways, Shri Nitin Gadkari has said that National Highways Construction has seen sharp rise during the Covid restriction period. In a tweet he said in 2020-21 Highway construction has paced to 36.5 KM/day the highest ever construction speed of Natio
Posted Date :  20-07-21

Safety audits have been mandated at all stages of road development to reduce accidents: Nitin Gadkari

New Delhi: Minister for Road Transport & Highways and MSME Shri Nitin Gadkari has said safety audits have been mandated at all stages of road development to reduce accidents.   Inaugurating virtual Symposium on Vehicle crash safety he said India and other developing countries are witn
Posted Date :  05-07-21

Toll Collection through FASTag touched 103.54 cr with around 64 lakh transactions on July 1st, 2021

Ministry of Transport advised to extends validity of driving licence, other motor vehicle documents till Sept 30

New Delhi: The government on Thursday extended the validity of motor vehicle documents like driving licence (DL), registration certificate (RC), and permits till September 30, 2021, in view of the ongoing COVID-19 pandemic. The Ministry of Road Transport and Highways (MoRTH) said it has advised the
Posted Date :  17-06-21

New Delhi: In order to enhance transparency, uniformity, and leverage the latest technology, the National Highways Authority of India, under the Ministry of Road Transport & Highways has made mandatory use of drones for monthly video recording of National Highway projects during all stages of de
Posted Date :  16-06-21

New Delhi: During the ongoing Covid-19 pandemic, a major focus has been on quick and smooth transportation of Liquid Oxygen (LOX) to various parts of the country. In this regard, it has been brought out by the Ministry of Road Transport & Highways that as per extant rules and in consonance with
Posted Date :  22-05-21

New Delhi: Union Minister for Road Transport & Highways and Micro, Small & Medium Enterprises, Shri Nitin Gadkari said that there is need to adopt modern concepts of tunneling in India so that the big capital cost involved can be reduced. The Minister said that by developing smart cities, ro
Posted Date :  05-05-21