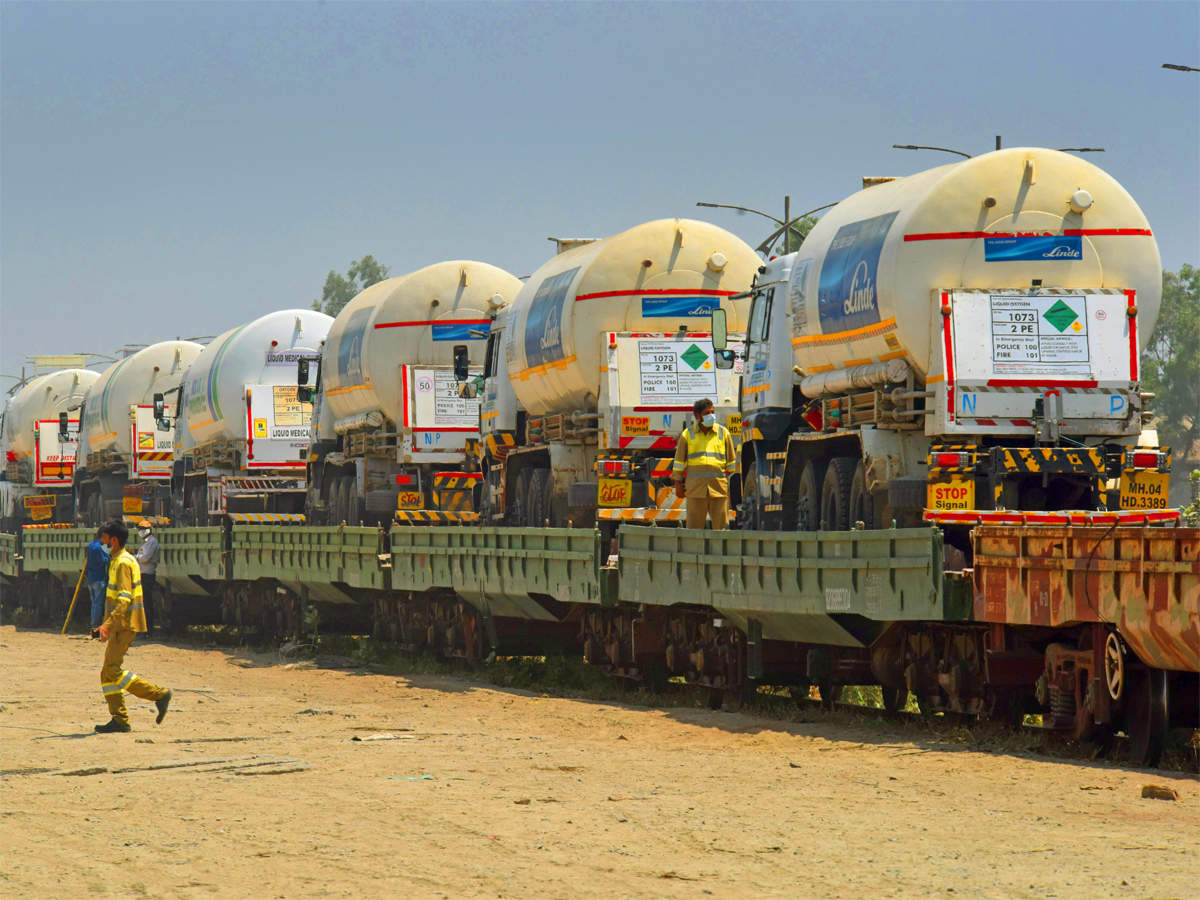 New Delhi: Overcoming all hurdles and finding new solutions, Indian Railways is continuing its journey of bringing relief by delivering Liquid Medical Oxygen(LMO) to various states across the country. Oxygen Expresses have crossed the mark of 28,000 MT of LMO delivery in service to the Nation. So far, Indian Railways has delivered nearly 28060 MT of LMO in more than 1628 tankers to various states across the country.

It may be noted that 397 Oxygen Expresses have completed their journey so far and brought relief to various States and 5 loaded Oxygen Expresses on run with more than 494 MT of LMO in 24 tankers.

Indian Railways has mapped different routes with Oxygen supply locations and keeps itself ready with any emerging need of the States. States provide tankers to the Indian Railways for bringing LMO.

In order to ensure that Oxygen relief reaches in the fastest time possible, Railways is creating new standards and unprecedented benchmarks in running of Oxygen Express Freight Trains. The average speed of these critical Freight trains is way above 55 in most cases over long distances. Running on high priority Green Corridor, with a highest sense of urgency, operational teams of various zones are working round the clock in most challenging circumstances to ensure that Oxygen reaches in fastest possible time frame. Technical stoppages have been reduced to 1 minute for crew changes over different sections.

Tracks are kept open and high alertness is maintained to ensure that Oxygen Express keeps zipping through. All this is done in a manner that speed of other Freight Operations doesn't get reduced as well.