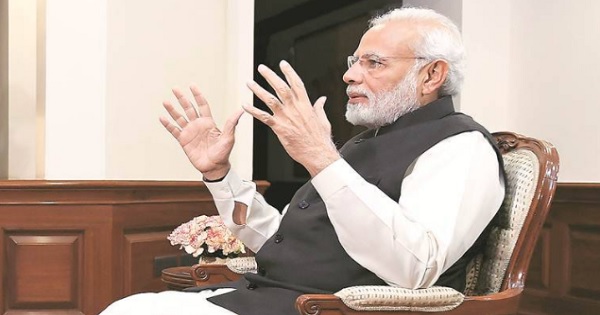 New Delhi: Prime Minister Shri Narendra Modi dedicates to the nation & lay the foundation stone of multiple infrastructure projects worth over Rs 12400 crores in Puducherry and Tamil Nadu, the Union housing and urban affairs ministry said on Thursday, ahead of the Prime Minister’s visit to the southern Union Territory and its neighboring state on the day.

The various projects include:

Prime Minister on Wednesday tweeted, “India is proud of Tamil Nadu’s contribution to national progress. The vibrant Tamil culture is popular globally. Central Government is honoured to be working for TN’s growth. Will be in Coimbatore tomorrow to inaugurate various projects.”

The Prime Minister said this land of Puducherry has been home to sages, scholars, and poets and also to revolutionaries like Mahakavi Subramania Bharathi and Sri Aurobindo. Admiring Puducherry as a symbol of diversity, he said here people speak different languages, practice different faiths but live as one.

Inaugurating the re-built Mairie Building, the Prime Minister said that the building will add to the beauty of Beach Promenade and attract more tourists.

The Prime Minister said India that four laning of NH 45-A would cover Karaikal District and improve the connectivity to the holy Saneeswaran Temple and also provide easy interstate connectivity to the Basilica of Our Lady of Good Health and Nagor Dargah. He said the Government has made several efforts to improve rural and coastal connectivity and the agriculture sector will gain from this. He said that it is the obligation of the Government to ensure their produce reaches good markets in a timely manner and good roads would aid in achieving that goal. He added the four laning of the road will also add momentum to the economic activity in this area and generate job opportunities for local youth.

The Prime Minister remarked that in the last seven years, India has made many efforts to improve fitness and wellness as economic prosperity is closely linked to good health. In this context, he laid the foundation stone for the 400 meters synthetic athletic track at the sports complex, as a part of the Khelo India scheme. It will nurture sporting talent among the youth of India. He remarked that with the coming of good sports facilities to Puducherry, youth from this state can excel in national and global sports meets. He said the 100 bed girls hostel constructed at Lawspet inaugurated today would accommodate hockey, volleyball, weightlifting kabaddi and handball players who would be trained under SAI coaches.

He said that healthcare would play a key role in the coming years. In line with the objective of providing quality health care to all, Blood Centre in JIPMER is being inaugurated, which will accommodate advanced facilities for long term storage of blood, blood products and stem cells banking. He added that the facility will function as a research laboratory and a training centre for personnel training in all aspects of transfusion.

The Prime Minister said, to promote quality healthcare, we need quality health professionals. Phase-I project of Medical College Building at Karaikal New Campus is an environment friendly complex and will have all modern teaching facilities required for teaching MBBS students.

Laying the foundation of Puducherry Port Development under Sagarmala Scheme, the Prime Minister hoped that once completed, it will help the fishermen who have been using this port for venturing into sea for fishing operations. It will provide much needed sea connectivity to Chennai. This will facilitate the cargo movement for industries of Puducherry and ease load on Chennai port. It will open up possibilities of passenger traffic among the coastal cities, he said.

Shri Narendra Modi dedicated to the nation the 1000 MW Neyveli New Thermal Power Project and 709 MW Solar Power Project of NLCIL. He laid the foundation stone for design, supply, installation and commissioning of a 5MW grid connected ground based solar power plant at V.O.Chidambaranar Port and for the extension, renovation and modernisation of Lower Bhavani Project System. He also laid the foundation stone for development of Integrated Command and Control Centers (ICCC) in nine Smart Cities including Coimbatore, Madurai, Salem, Thanjavur, Vellore, Tiruchirappalli, Tiruppur, Tirunelveli and Thoothukudi. He inaugurated the 8-laning of Korampallam Bridge and Rail Over Bridge (ROB) at V.O.Chidambaranar Port and the tenements constructed under the Pradhan Mantri Awas Yojana (Urban) scheme. Governor, Chief Minister and Deputy Chief Minister of Tamil Nadu and Union Minister Shri Pralhad Joshi were present on the occasion.

Addressing the event, the Prime Minister said Coimbatore is a city of industry and innovation. Development works launched today  will benefit Coimbatore and the entire Tamil Nadu, he said.

The Prime Minister said that the modernization of Bhawani Sagar Dam will irrigate over 2 lakh acres of land and farmers of several districts will benefit from this project. He lauded Tamil Nadu for making a major contribution towards India’s industrial growth. He expressed happiness to inaugurate several major power projects, as one of the basic needs of industrial growth is continuous power supply. He said that the 709 MW solar power project is indigenously developed and the cost of this project is over Rs 3,000 crore. He further said that another 1,000 MW thermal power project constructed at a cost of Rs 7,800 crore will be hugely beneficial to Tamil Nadu. He added that over 65% of the power generated will be given to Tamil Nadu.