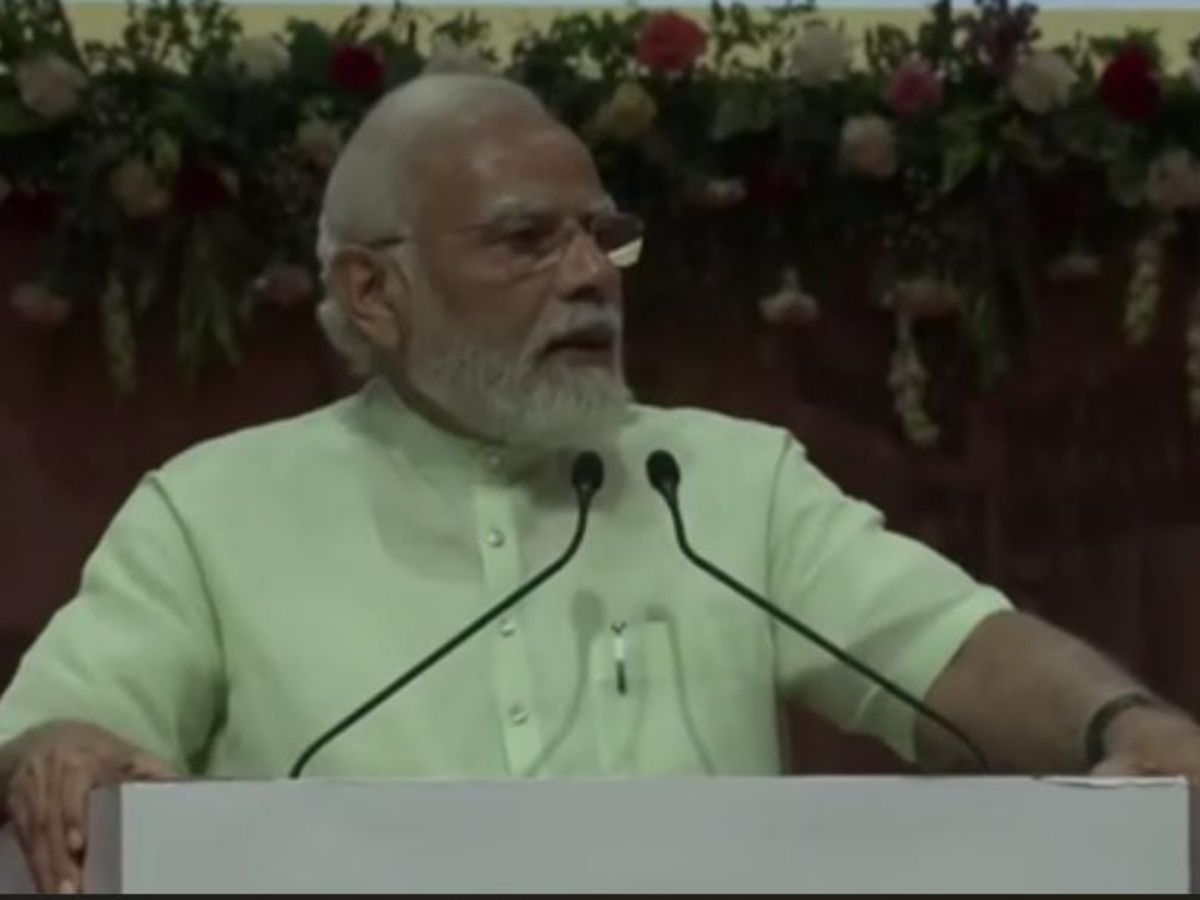 Addressing the gathering the Prime Minister welcomed thousands of farmers who gathered at the Mahatma Mandir today. He said cooperation is a great medium for the self-sufficiency of the village. It has the energy of AtmaNirbhar Bharat. He said Pujya Bapu and Patel showed us the way for bringing self-sufficiency to villages.

Along those lines, today we are moving ahead on the path of developing a model cooperative village. Six villages in Gujarat have been chosen where all the cooperative-related activities would be implemented, he said.

Similarly, the Prime Minister expressed heartfelt happiness on the inauguration of the Nano Urea (Liquid) Plant constructed at IFFCO, Kalol. He said that the power of a full sack of urea has come into a half-liter bottle, leading to huge savings in transportation and storage.

The Plant will produce about 1.5 lakh bottles of 500 ml per day, the Prime Minister added that 8 more such plants will be established in the country in the coming days.``This will reduce foreign dependence with regard to urea and will save the country's money. I am confident that this innovation will not remain confined to urea. In the future other nano fertilizers will be available to our farmers”, he said.

The Prime Minister informed India is the second-largest consumer of urea in the world but only the third-largest producer.  After the formation of the government in 2014, the government did 100% neem coating of urea. This ensured that the farmers of the country got enough urea. Simultaneously, the work of restarting 5 closed fertilizer factories in UP, Bihar, Jharkhand, Odisha, and Telangana was initiated. UP and Telangana factories have already started production, and the other three factories also will soon start working, he said.