The Prime Minister paid floral tributes and offered holy water at the statue. He also planted a sapling. 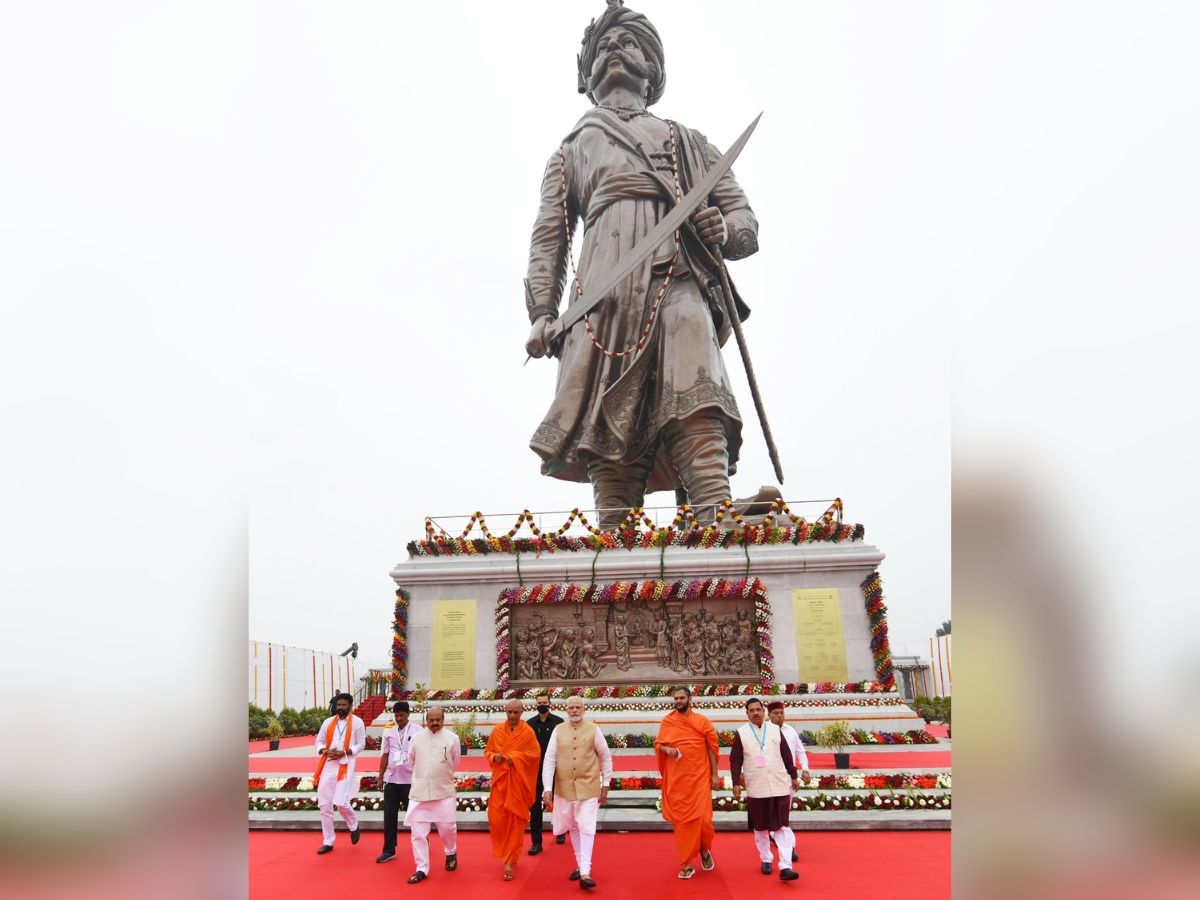 The statue is built to commemorate the contribution of Nadaprabhu Kempegowda, the founder of the city, towards the growth of Bengaluru. Conceptualised and sculpted by Ram V Sutar of the Statue of Unity fame, 98 tonnes of bronze and 120 tonnes of steel have gone into making this statue.