More than 70 per cent of the money that is received from the customers goes directly to the farmer, said Modi 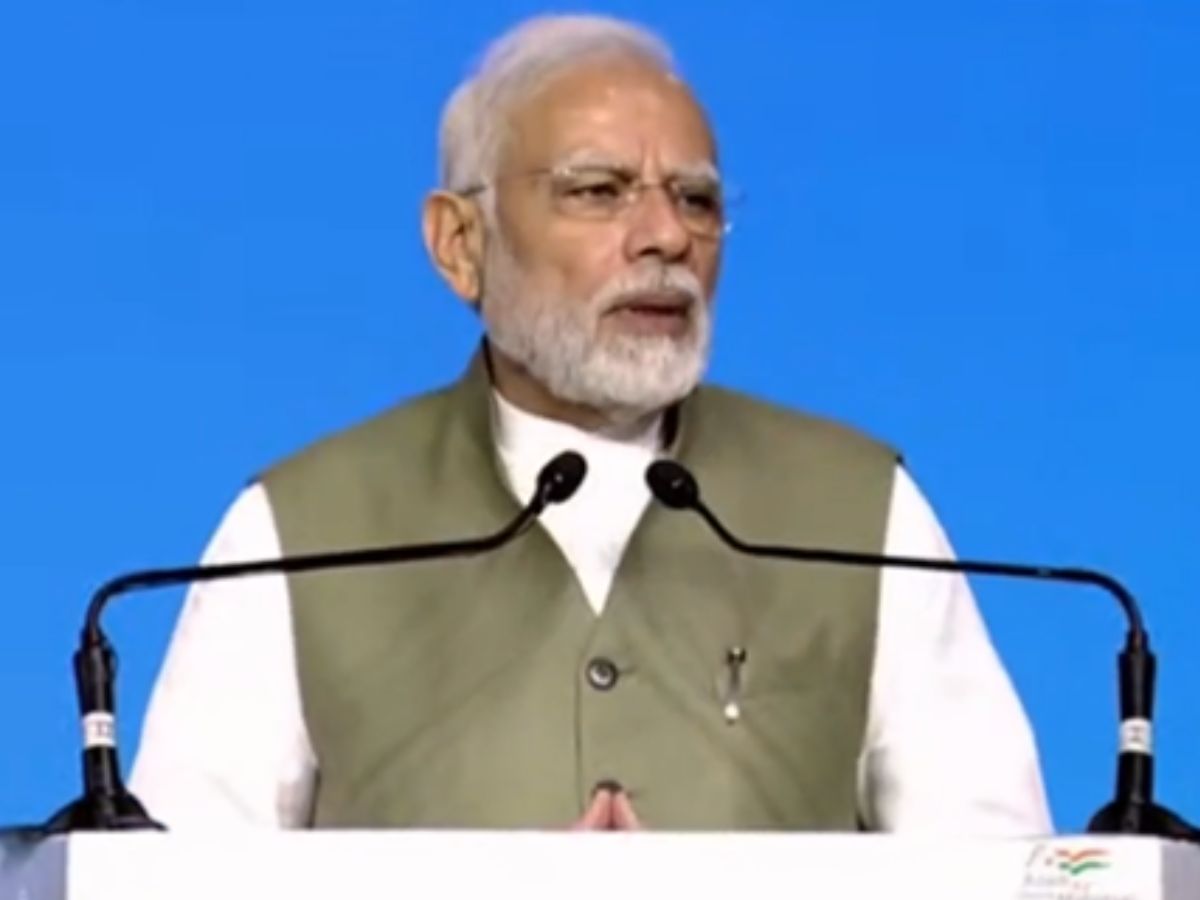 Addressing the gathering, the Prime Minister expressed happiness that all the dignitaries from the world of dairy have assembled in India today. The Prime Minister said that the World Dairy Summit is going to be a great medium for the exchange of ideas. “The potential of the dairy sector not only gives impetus to the rural economy, but is also a major source of livelihood for crores of people across the world”, he said.

The Prime Minister underlined the centrality of ‘Pashu Dhan’ and milk-related business in the cultural landscape of India. This has given the dairy sector of India many unique characteristics. The Prime Minister pointed out that unlike other developed countries of the world, the driving force of the dairy sector in India is small farmers. India's dairy sector is characterized by "production by masses" more than "mass production". India is the largest milk-producing country on the basis of the efforts of these small farmers with one, two or three cattle. This sector provides employment to more than 8 crore families in the country, he informed.

Explaining the second unique characteristic of the Indian dairy system, the Prime Minister reiterated that there is such a huge network of Dairy Cooperative in India, and one cannot find such an example in the whole world elsewhere. Shri Modi said that these dairy cooperatives collect milk twice a day from about two crore farmers in more than two lakh villages in the country and deliver it to the customers.

The Prime Minister drew everyone’s attention to the fact that there is no middleman in the entire process, and more than 70 per cent of the money that is received from the customers goes directly into the pockets of the farmers. “No other country has this ratio in the whole world”, the Prime Minister added. He also underlined the efficiency of the digital system of payment in the dairy sector and said that it has many lessons for other countries.

Another unique feature, according to the Prime Minister, is the indigenous breeds that can withstand many adverse circumstances. He gave the example of the sturdy buffalo breed of Banni Buffalo of the Kutch region of Gujarat.  He also talked about other buffalo breeds such as Murrah, Mehsana, Jafrabadi, Nili Ravi, and Pandharpuri; among the cow breeds, he mentioned Gir, Sahiwal, Rathi, Kankrej, Tharparker and Haryana.

The Prime Minister underlined that the government has worked relentlessly to enhance the potential of India's dairy sector since 2014. This has led to an increase in milk production thereby leading to an increase in the income of farmers. “India produced 146 million tonnes of milk in 2014. It has now increased to 210 million tonnes. That is, an increase of about 44 per cent”, the Prime Minister pointed out. He also mentioned that as compared to the 2 per cent production growth at the global level, India is clocking the milk production growth rate at more than 6 per cent.

The Prime Minister said that the government is working on developing a blanched dairy ecosystem where challenges of the sectors are being addressed along with a focus on increasing production. Extra income for the farmers, empowerment of the poor, swachhta, chemical-free farming, clean energy and care of the cattle is interlinked in this ecosystem. He stressed that animal husbandry and dairy are being promoted as a powerful medium of green and sustainable growth in the villages. Schemes like Rashtriya Gokul Mission, Goberdhan Yojna, Digitization of dairy sector and universal vaccination of cattle along with steps like banning single-use plastic, are steps in that direction.

Stressing the use of modern technology, the Prime Minister said that India is building the largest database of dairy animals and every animal associated with the dairy sector is being tagged. “We are doing biometric identification of animals. We have named it - Pashu Adhar”, he said.

Shri Modi also stressed the growing entrepreneurial structures like FPAs and women self-help groups, and startups. He said that the sector has seen more than 1000 startups in recent times. He also talked about the strides in Gobardhan Yojna and said that aim is to reach a situation where dairy plants produce their own electricity from Gobar. The resulting manure will help the farmers also.

Drawing an analogy to farming, the Prime Minister said that animal husbandry and farming require diversity, and monoculture might not be the only solution. The Prime Minister stressed that today, India is paying equal attention to both indigenous breeds and hybrid breeds. He further elaborated that it will also reduce the risk of damage caused by climate change.

The Prime Minister addressed another major problem that is affecting the income of farmers which is the diseases of animals. “When the animal is sick it affects the life of the farmer, affecting his income. It also affects the efficiency of the animal, the quality of its milk and other related products”, he added. The Prime Minister emphasised that in this direction, India is working toward universal vaccination of animals. “We have resolved that by 2025, we will vaccinate 100% of the animals against Foot and Mouth Disease and Brucellosis. We are aiming to be completely free from these diseases by the end of this decade”, the Prime Minister remarked.

The Prime Minister observed that there has been a loss of livestock in many states of India due to the disease named Lumpy in the recent past and assured everyone that the central government, along with various state governments, is trying their level best to keep a check on it. “Our scientists have also prepared indigenous vaccine for Lumpy Skin Disease”, the Prime Minister added. The Prime Minister also pointed out that efforts are being made to track the movement of animals to keep the outbreak under control. Be it vaccination of animals or any other modern technology, the Prime Minister said that India is always eager to contribute to the field of dairy while striving to learn from its partner nations. “India has acted swiftly on its food safety standards”, Shri Modi added.

In concluding the address, the Prime Minister reiterated that India is working on a digital system which will capture the end-to-end activities of the livestock sector. This will provide accurate information needed to improve this sector. This summit will put forward the work that is being done around the world regarding many such technologies. The Prime Minister also urged everyone present to suggest ways to share the expertise related to this field. “I invite the global leaders of the dairy industry to join the drive to empower the dairy sector in India. I also appreciate the International Dairy Federation for their excellent work and contribution”, the Prime Minister concluded.