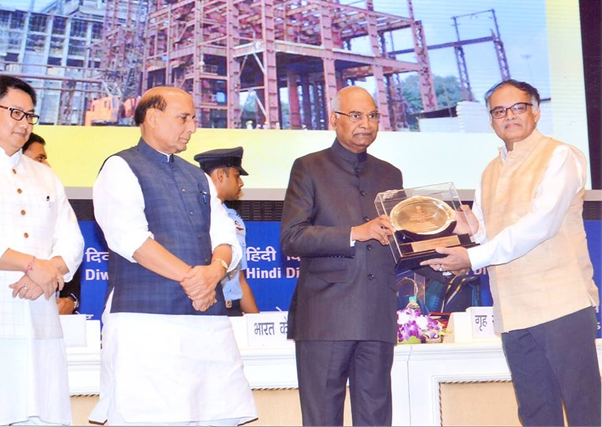 New Delhi: Hindustan Steelworks Construction Limited (HSCL) has been awarded with the Rajbasha Kirti Trophy   – 3rd Prize  by the Ministry of Civil Affairs, for the year 2016-2017.  The award, conferred by Shri Ram Nath Kovind, Hon’ble President of India, was received by Shri Mayukh Bhaduri , CMD , HSCL in a function organised on 14 .09.2016 at Vigyan Bhavan by the department of Official Language  , New Delhi. The citation is in recognition of HSCL’s commendable performance and sincere effort to promote Hindi as the official language in HSCL during the year 2016-2017.