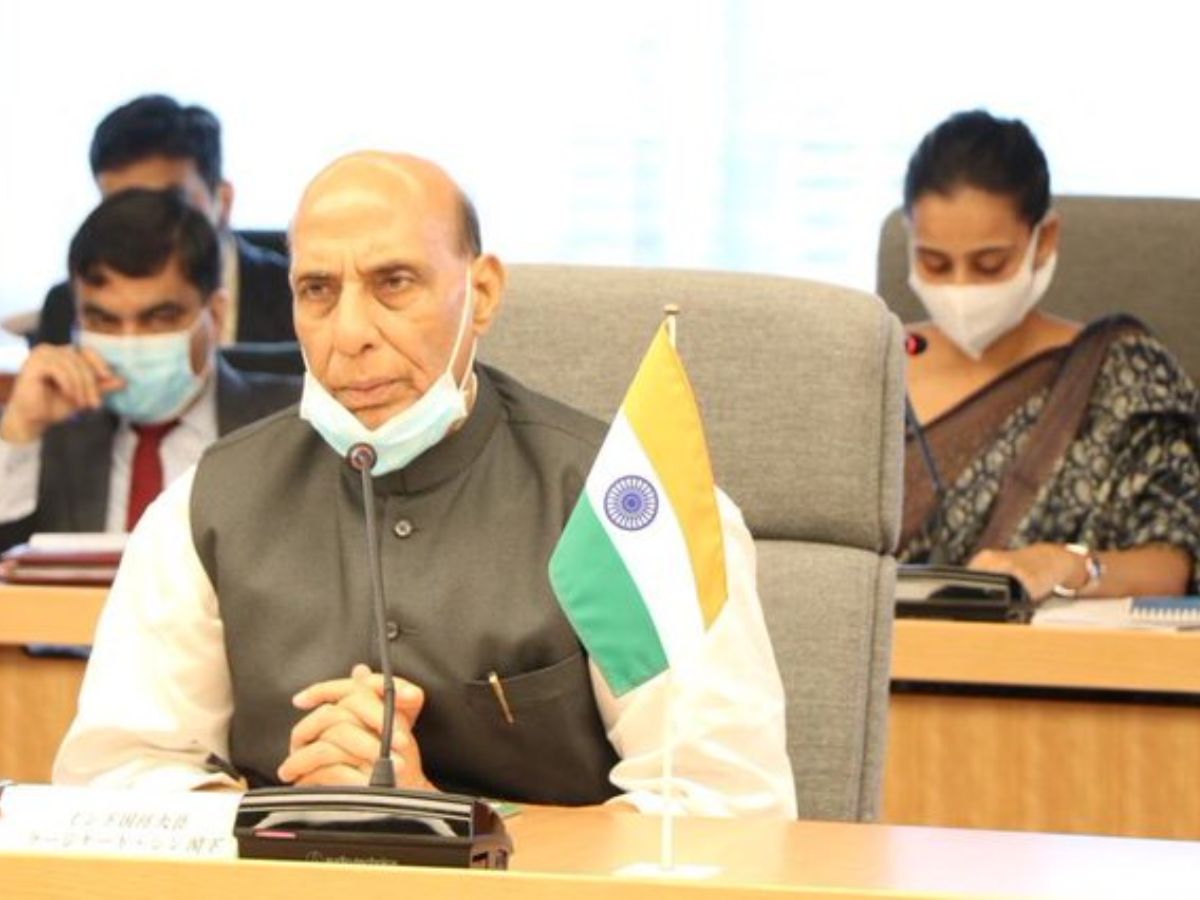 Tokyo: Raksha Mantri Shri Rajnath Singh held bilateral talks with Minister of Defense of Japan Mr Yasukazu Hamada in Tokyo on September 08, 2022. The two Ministers reviewed various aspects of bilateral defence cooperation as well as regional affairs. They acknowledged the importance of India-Japan defence partnership and the critical role it will play in ensuring free, open and rules-based Indo-Pacific region.

During the delegation-level talks, Shri Rajnath Singh highlighted that the growing complexities in the India-Japan bilateral defence exercises is a testimony to the deepening of defence cooperation between the two countries. The Ministers expressed their commitment in continuing bilateral and multilateral exercises including ‘Dharma Guardian’, ‘JIMEX’ and ‘Malabar’. They welcomed the operationalisation of the Reciprocal Provision of Supply and Services Agreement during Exercise ‘MILAN’ in March this year.

The two Ministers agreed that the early conduct of the inaugural fighter exercise will pave way for much greater cooperation and interoperability between the Air Forces of the two countries.

The Raksha Mantri emphasised on the need to expand the scope of partnership in the field of Defence Equipment and Technological Cooperation. He invited Japanese industries to invest in India’s defence corridors where a conducive environment for the growth of the defence industry has been created by the Government of India.

This year marks 70 years of diplomatic relations between India and Japan. As two robust democracies, the two countries are pursuing a Special Strategic and Global Partnership.

After reaching Tokyo on the night of September 07, 2022, Shri Rajnath Singh began his day’s engagements by laying a wreath at a Memorial, dedicated to the personnel of Japan Self Defense Forces who laid down their lives in the line of duty, at Ministry of Defense, Japan. He was accorded a ceremonial guard of honour before the bilateral meeting with the Japanese Defense Minister.

Later in the day, the Raksha Mantri, along with External Affairs Minister Dr S Jaishankar, will participate in the 2nd India-Japan 2+2 Ministerial Dialogue. The Japanese side will be represented by Minister of Defense Mr Yasukazu Hamada and Minister of Foreign Affairs Mr Yoshimasa Hayashi. The 2+2 Dialogue will review bilateral cooperation across domains and chart out the way forward.