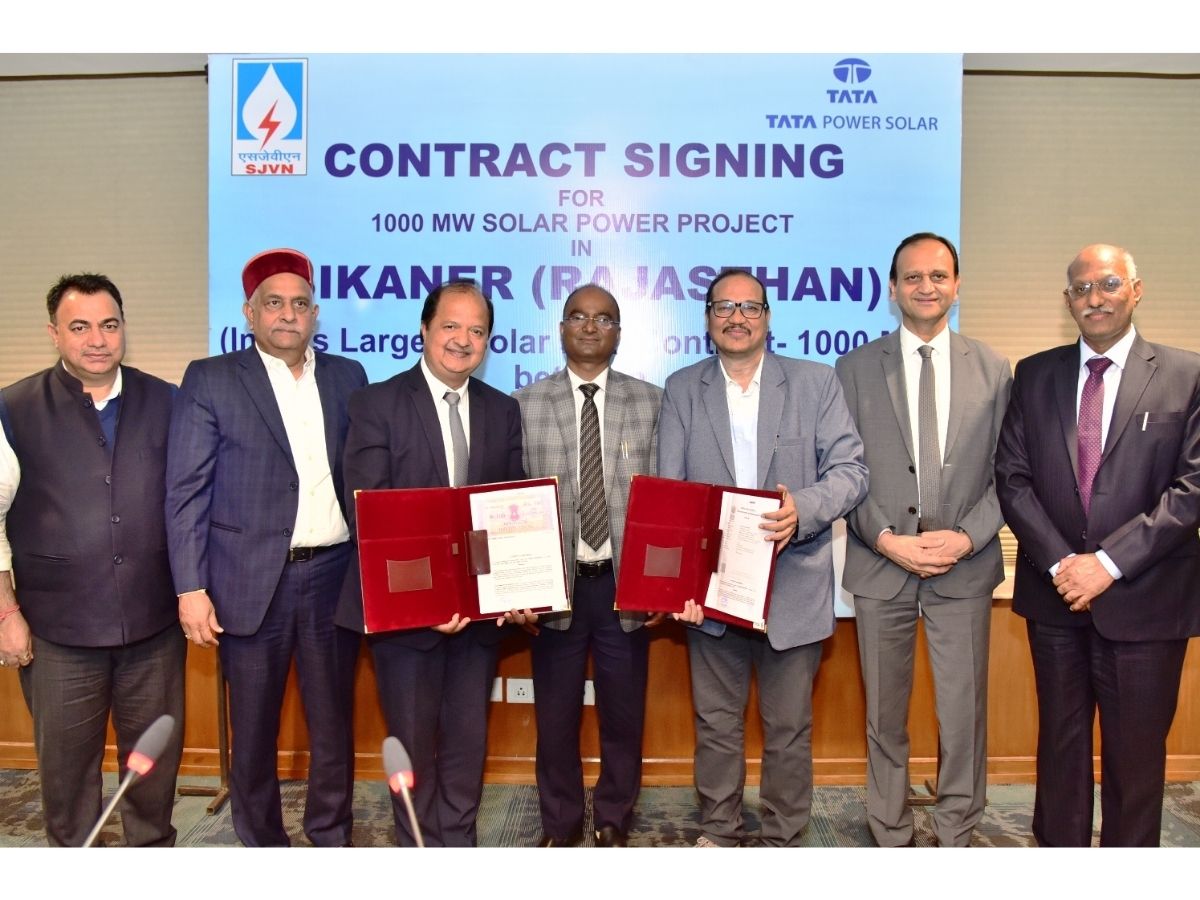 Sh. Nand Lal Sharma apprised that this Rs 5500 crores EPC contract is country’s biggest solar contract awarded till date. The contract includes end to end delivery of the commissioned Solar Plant to SJVN including arrangement of land on outright purchase basis, power evacuation system up to the ISTS Sub Station and Operation and Maintenance of the Solar PV Plant for three years.
Sh. Nand Lal Sharma informed that SJVN had secured this 1000 MW Solar Project through CPSU Scheme of Government of India. After commissioning, approximately 2455 Million Units in first year and 56838 Million Units electricity over a period of 25 years will be generated by the project.

With the commissioning of this project, approximately 27,85,077 tonnes of carbon emission is expected to be reduced over the period of 25 years. The project is scheduled to be commissioned by May 2024.

Sh. Nand Lal Sharma said “Recent successive additions of new renewable projects in company’s portfolio shows our commitment to empower the nation for expanding its non-fossil fuel-based energy and decarbonization of the economy.”