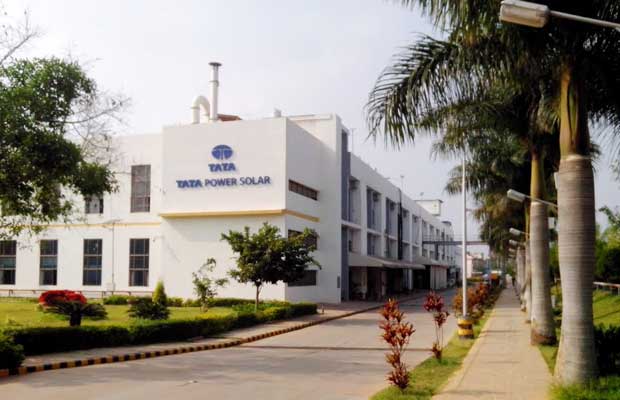 New Delhi: Tata Power Solar Systems Limited, India’s largest integrated solar company and a wholly-owned subsidiary of Tata Power, today announced a significant expansion of its state-of-the-art manufacturing facility in Bengaluru, taking the total production capacity of cells and modules to 1,100 MW. The expansion is based on the significant increase in demand that the company has seen for its solar modules, as well as the expected increase in demand due to supportive policy steps announced recently by the Government of India for creating ‘Atmanirbhar Bharat’ (Self-Reliant India).

Tata Power Solar is one of the few companies globally to have a long operating history of 31 years. This is a strong proof point for the company’s ability to honour the 25 years warranty that solar modules come with. Tata Power Solar has seen an increase in demand for its products which reaffirms the faith customers put in the quality of its products. The expansion comes amid the positive intent of the Government of India towards making this country a manufacturing hub and lessen its dependency on other countries as far as import of solar cells and modules are concerned.

Commenting on the expansion, Dr. Praveer Sinha, CEO & MD, Tata Power said, “We are happy to expand our production capacity to meet the increased demand for our products. Our 31 years of strong experience in providing high quality solar products with continuous involvement in new technology has helped us to maintain the leadership position in both solar manufacturing and EPC services”

Tata Power Solar’s manufacturing plant in Bengaluru is India’s premier integrated cell and module manufacturing facility that meets the highest industry standards. The plant is ISO 9001:2015, ISO 45001:2018 & ISO 14001:2015 certified which has more than 25 years of production experience. Apart from one of the pioneering solar manufacturers in the world, Tata Power Solar is also India’s largest specialized EPC player. Tata Power Solar comes with a successful background of executing large projects such as the 150 MW Ayana at Ananthapur, 50 MW Kasargod at Kerala, 56 MW Greenko, 30 MWp Solar Power Plant in Lapanga, Odisha, 105 MWp of Floating solar at Kayamkulam.

New Delhi: Shri Arjun Satya has been shortlisted by Forbes Magazine for its Asia’s 30 under 30 List, with the individuals coming from different corners and diverse backgrounds.   Selected from over 2500 nominations and evaluated by a panel of judges and reporters, the list identifie
Posted Date :  20-04-21

Mumbai: Larsen & Toubro Infotech (BSE: 540005, NSE: LTI), a global technology consulting and digital solutions company has ranked among the top 5 players in the latest IT outsourcing study for the Nordic region by Whitelane Research and PA. In Sweden, LTI ranked #1 on customer satisfaction param
Posted Date :  20-04-21

New Delhi: An American pizza restaurant chain recently came into the data breaching case, earlier Facebook and Linkedin have been rolled in this problem.    Even many multinational companies have been seen data breaching amid pandemics. Now this time Domino's India has
Posted Date :  20-04-21

New Delhi: Indian multinational restaurant aggregator  Zomato states the conversion of the company from Private Limited to Public Limited. With this, the company is likely to launch an IPO in the first half of this year, said CEO  Deepinder Goyal    The company mentioned in
Posted Date :  16-04-21

New Delhi: The Competition Commission of India (CCI) has approved the acquisition of 89.6% of equity shareholding of Gangavaram Port Limited (GPL) by Adani Ports and Special Economic Zones Limited (APSEZ) under Section 31 (1) of the Competition Act, 2002, on April 13.   The proposed
Posted Date :  13-04-21