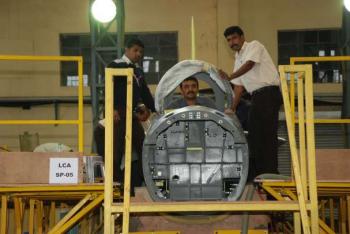 Bengaluru: Hindustan Aeronautics Ltd (HAL) has set up a second line for the series production of Tejas. The new line has come up at Aircraft Division in December 2016, with the facility now being equipped with full-fledged assembly jigs...
The second line when fully operational can produce three aircraft per year. HAL Chairman T Suvarna Raju told Mathrubhumi that his team is committed. to delivering the remaining series production Tejas platforms without any delays. Mathrubhumi

Mangaluru. Mangalore Refinery and Petrochemicals Ltd (MRPL) recorded a profit of ?566 crore in the third quarter of 2016-17 against a profit of ?295 crore in the corresponding period of 2015-16, a growth of 91.86 per cent. H Kumar, Managing Director, attributed this growth to the increase in the
Posted Date :  08-02-17