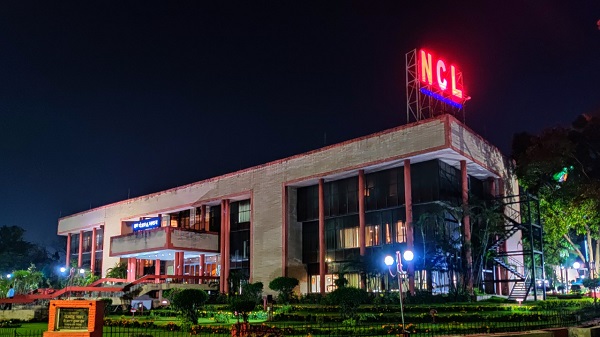 NCL’s coal dispatch Rises 15% Y-o-Y up to Q2 in FY 21-22 NCL ensuring uninterrupted coal supply to its dependent TPPs Singrauli: Northern Coalfields Limited, is ensuring sufficient coal supply to meet the growing energy demand of the nation. Notwithstanding the tough times of COVID and Heavy Monsoon, NCL registered 15% Y-o-Y growth & dispatched  61.51 MT coal till date in Current fiscal, compared to 53.44 MT of the same period last year. In FY 2021-22 NCL has supplied 113% of the Contracted Quantity of Coal to its pit head power plant. Also, 102% of the Contracted Quantity of Coal has been supplied to power utilities including upcountry TPPs in the same period.    Ramping up the dispatch NCL also Broke the Record of ‘Highest Ever Dispatch’ in a Day in the month of August and September, two times when the company dispatched its highest ever coal to the consumers (majority to power sector) 3.87 Lakhs Tonnes on 27th August 2021 & 4.00 Lakh Tonnes on 06th september 2021 respectively.  In the ongoing month, NCL is dispatching about 3.6 Lakhs of Tonnes every day to its coal consumers. CMD NCL Shri P K Sinha has reaffirmed his commitment for uninterrupted coal supply to its dependent coal consumers including Thermal Power Plants. NCL has also been entrusted with a 15% Higher Annual Coal Dispatch target of 126.5 MT in the current fiscal than the actual coal dispatch of 108.66 MT of FY 2020-21.   With meeting the TPPs requirement, NCL is also contributing in making the nation ‘Atmnirbhar’ in the coal sector and has supplied 1.06 MT till Q2 in this year as import substitution. It is worth mentioning that NCL has been continuously achieving its Annual Coal Production Target for the last 6 years since 2015-16 and meeting the demand of coal requirement of the nation. In FY 2021-22 NCL is targeting 119MT and has produced 57.21 MT till date. NCL’s production stood at 115.04 MT in FY 2020-21.   NCL is Singrauli based mini Ratna Company of the Government of India operating with 10 advanced mechanized open cast coal mines and more than 1200 HEMMs. NCL is also spending about Rs. 3000 Crores towards the development of robust and eco-friendly coal dispatch infrastructure under the ambitious ‘First Mile Connectivity’ scheme till FY 23-24