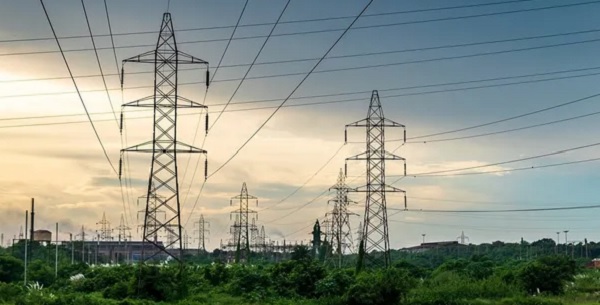 Ahmedabad: Adani Transmission Limited (ATL), India’s largest private sector power transmission and retail distribution company and a part of the diversified Adani Group, has completed the construction of one of India’s longest intra-state transmission lines of 897 Circuit Km. This feat was achieved in Uttar Pradesh by Ghatampur Transmission Ltd (GTL) a subsidiary of ATL.

The transmission line comprises 4 Nos of 765KV and 400KV bay extensions at Agra, Greater Noida and Hapur. This project has been developed under PPP mode on a Build, Own, Operate and Maintain (BOOM) basis. This will provide transmission services to Long-Term Transmission Customers (LTTC) with 35 years of runway ahead.

Mr. Anil Sardana, MD & CEO, Adani Transmission Ltd "Adani Transmission is constantly evolving into a significant player in Indian grid networks. Completion of this large project even during the Covid pandemic is a significant achievement. This proves ATL's commitment to nation building and to becoming a world class leader in creating long-term sustainable value for our stakeholders. This project will improve reliability, operational efficiency and the robustness of UP's power system network, especially benefitting the areas of Kanpur, Agra, Greater Noida and Hapur. This will also strengthen the resolve towards '24x7 Power for all', the joint initiative of the Central and State Govts."

The project was approved by the Central Electricity Authority (CEA) during their 36th Standing Committee meeting on power system planning in India’s northern region. The commissioning of this project will significantly improve the social conditions and welfare of people of the region.

The transmission line passes through severe right-of-way (ROW) challenged urban areas and also through highly undulated ravine topography. One of the biggest challenges surpassed by GTL was the uncertainty caused by the COVID pandemic which made deployment of the workforce difficult. GTL exhibited world-class quality standards, effective project management, and adhered to all safety and COVID protocol to successfully complete the project.

Once operational, the Ghatampur thermal generation power plant of UP and Neyveli Lignite Corporation is expected to generate 14,000 million units (MU) of energy each year to meet UP’s future power requirement. Adani Transmission will play a key role in evacuation of electricity from this thermal power plant through five DISCOMs operational in UP to several parts of the state and thereby benefit millions of households, agricultural loads, industries, businesses and will boost economic development.