AGEL is the only Indian company ever to win this global award. 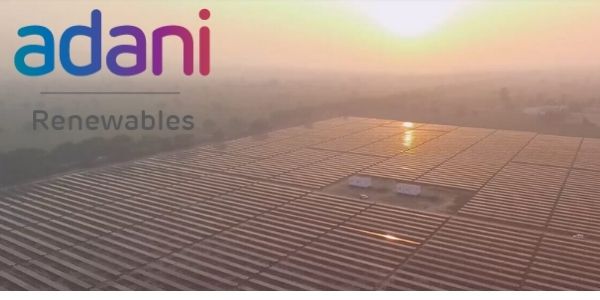 Ahmedabad: Adani Green Energy Ltd (AGEL), the renewable energy arm of the diversified Adani Group, has won the Global Sponsor of the Year award from Project Finance International (PFI). The global award recognizes AGEL as a key driver of energy transition that has set up the platform to implement 45GW of renewable energy generation capacity by 2030.

AGEL is the only Indian company ever to win this global award. Previous winners include international energy majors like TOTALEnergies, Aramco, Ørsted and Enel. PFI, a globally renowned publication focused on project finance reporting, has highlighted the various milestones AGEL achieved in CY2021. AGEL began 2021 with the bold aim to reach 25GW of RE generation by 2025. However, at the COP26 Summit in November, AGEL raised the pace of energy transition by setting a new target of 45GW by 2030, representing 10% of the Govt of India’s 450GW countrywide renewable energy target.

AGEL added 5GW of operational and development projects to its portfolio through a USD 3.5 Bn acquisition this year, buying SB Energy India from SoftBank Group and Bharti. AGEL signed the world’s largest ever renewables PPA for 4.67GW capacity in December as part of the record-breaking 8GW of solar generation in SECI’s first manufacturing-linked solar tender. AGEL also committed to delivery of 1.5GW of new solar cells and modules manufacturing capacity in India with a capacity of 2GW per year by FY2022-23, Contributing to the Government’s push for more domestic solar equipment.

To sustain its pace of growth, AGEL has raised large sums of project finance debt and refinanced assets with US dollar bond issuances:
• AGEL devised an innovative and flexible debt structure to project-finance construction of a 1.69GW portfolio of three hybrid (solar and wind) projects in Rajasthan, pathfinder projects for improving the issue of intermittency in renewables. The loan is the largest renewables syndicated external commercial borrowing (ECB) project financing in India. In ESG markets, it set a new record as the largest green certified hybrid project loan. It is one of the largest hybrid portfolios globally to achieve financial close in India.
• To fully fund its ascent to 25GW by 2025, AGEL raised USD 750 Mn through bond issuance in September. “This is an encouraging recognition of our commitment and our multi-pronged approach to drive the energy transition through development and operation of renewable generation capacity of 45 GW by 2030,” said Mr. Vneet S. Jaain, MD & CEO, AGEL. "PFI’s recognition is testament to our continued focus on delivering on our business plan including our capital management program.”

About PFI: Project Finance International (PFI) has been at the forefront of project finance reporting for the last 25 years. It is the most comprehensive and authoritative publication to serve the industry, covering all the major sectors, including transport, power, oil & gas, infrastructure, and mining.

NALCO's Historic Moment: Operationalizes 100% of its Pots at Angul