Employees of Coal and Mines Ministries and the PSUs/Subordinate offices also hoisted the National Flag at their residences and in townships across the country. 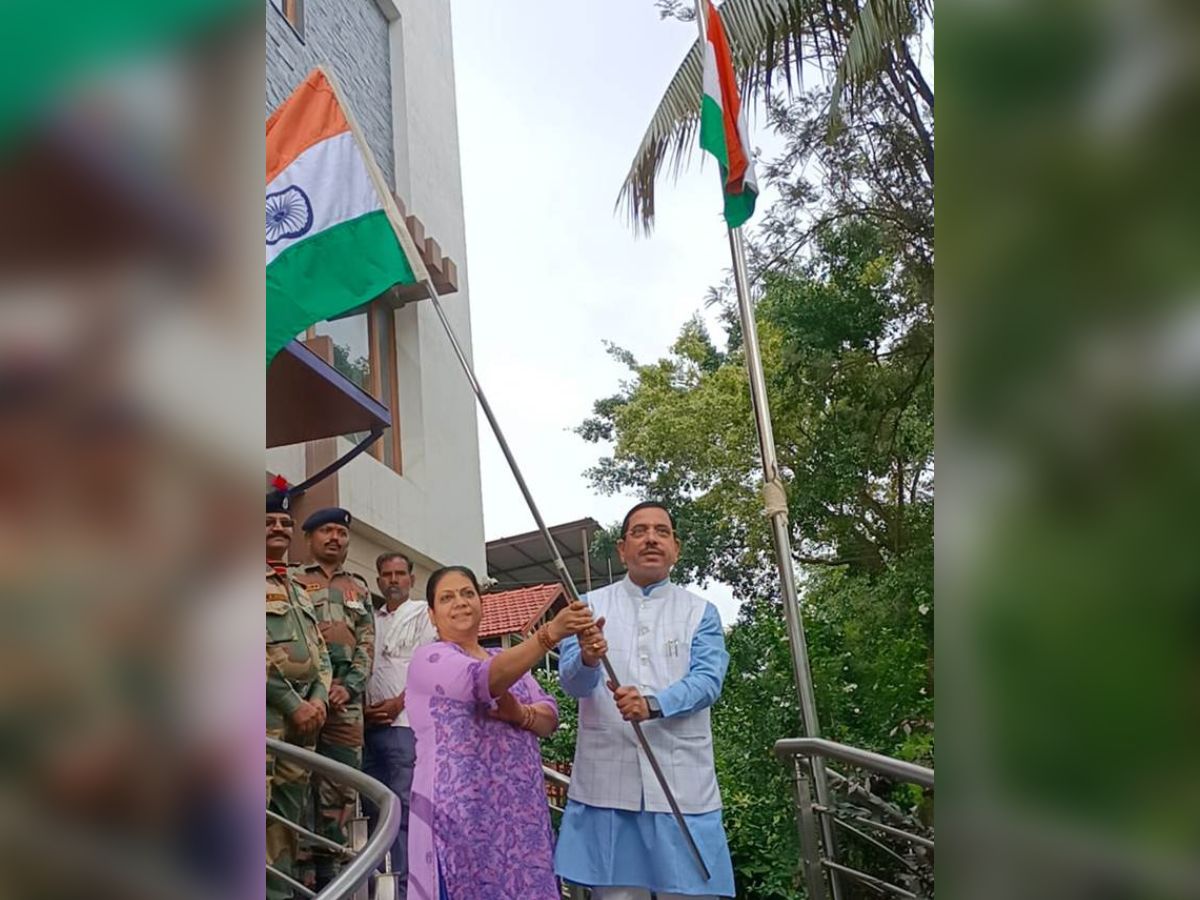 New Delhi: Union Minister of Parliamentary Affairs, Coal and Mines Shri Pralhad Joshi spearheaded the Har Ghar Tiranga campaign and hoisted the National Flag at his residence in Dharwad constituency, Karnataka today. Employees of Coal and Mines Ministries and the PSUs/Subordinate offices also hoisted the National Flag at their residences and in townships across the country.

Shri Pralhad Joshi called upon the employees, staff members and contract workers of Coal and Mines Ministries and the PSUs to join the Nation in celebrating ‘Har Ghar Tiranga’ campaign in a big way with patriotic fervour and enthusiasm.

As part of the ongoing Azadi ka Amrit Mahotsav celebrations to commemorate 75 glorious years of India’s independence, Prime Minister Shri Narendra Modi called upon the citizens to join the ‘Har Ghar Tiranga’ movement by hoisting the National Flag at homes this Independence Day.

Responding to the call of the Prime Minister, Coal and Mines ministries, along with the Public Sector Undertakings (PSUs) have been advised to participate in the campaign to invoke the feeling of patriotism among the employees, family members and citizens.

Under the guidance of Minister Shri Pralhad Joshi, the employees, staff members and workers of coal and mines ministries and PSUs have been distributed  the National Flag to promote awareness about the Tiranga. Employees have also been encouraged to post their photographs/selfies with Tiranga and upload them on the Ministry of Culture’s website.

Coal India Limited (CIL) and its subsidiaries, along with NALCO, HCL, and MECL, have lined up several vents and activities as part of the ‘Har Ghar Tiranga’ campaign. Coal and Mines ministries and several PSUs have distributed the National Flag among its employees and workers and they were encouraged to hoist the Flag from Aug 13 to 15 at their homes to mark the 75th year of India’s Independence.

Coal and Mining PSUs have also organized a series of activities like quiz competitions, putting up selfie booths at offices with ‘Har Ghar Tiranga’ branding and hoardings to encourage employees to participate with patriotic fervour and inspire every Indian to hoist the National Flag at their homes, to make it a mass movement. Bike rallies and seminars were also held  by Coal and Mines PSUs/subordinate offices in different parts of the country.