Due to the continued blockages at sections of tracks in Punjab, there has been a major adverse impact on the freight movement and, hence, on the availability of vital commodities for the farm, industrial, and infrastructure sector as well. 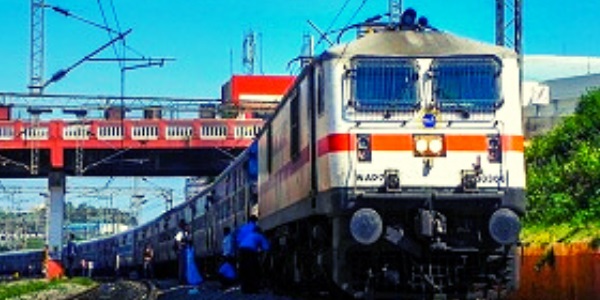 Representive Image (PSU Connect)
New Delhi: Indian Railways showed Rs 1,670 crore of loss since the farmers have started the farm protest against the farm law passed by the parliament. And this is not the end, the farmer's organizations in Punjab are refusing to stop the agitation against this.
This whole incident shifts the freight customer's mode of transportation because of the cancellation of the trains which turns to be a loss for the railways.
A railway spokesperson in a statement said the Railways continue to lose revenue as freight operations remain forcibly suspended due to the track blockages in Punjab.
On October 26, Railway Minister Piyush Goyal had written to Punjab Chief Minister Captain Amarinder Singh to seeking assurance about the safety of tracks and running staff to resume operations.
According to the resources, due to the continued blockages at sections of tracks in Punjab, there has been a major adverse impact on the freight movement and, hence, on the availability of vital commodities for the farm, industrial, and infrastructure sector as well.