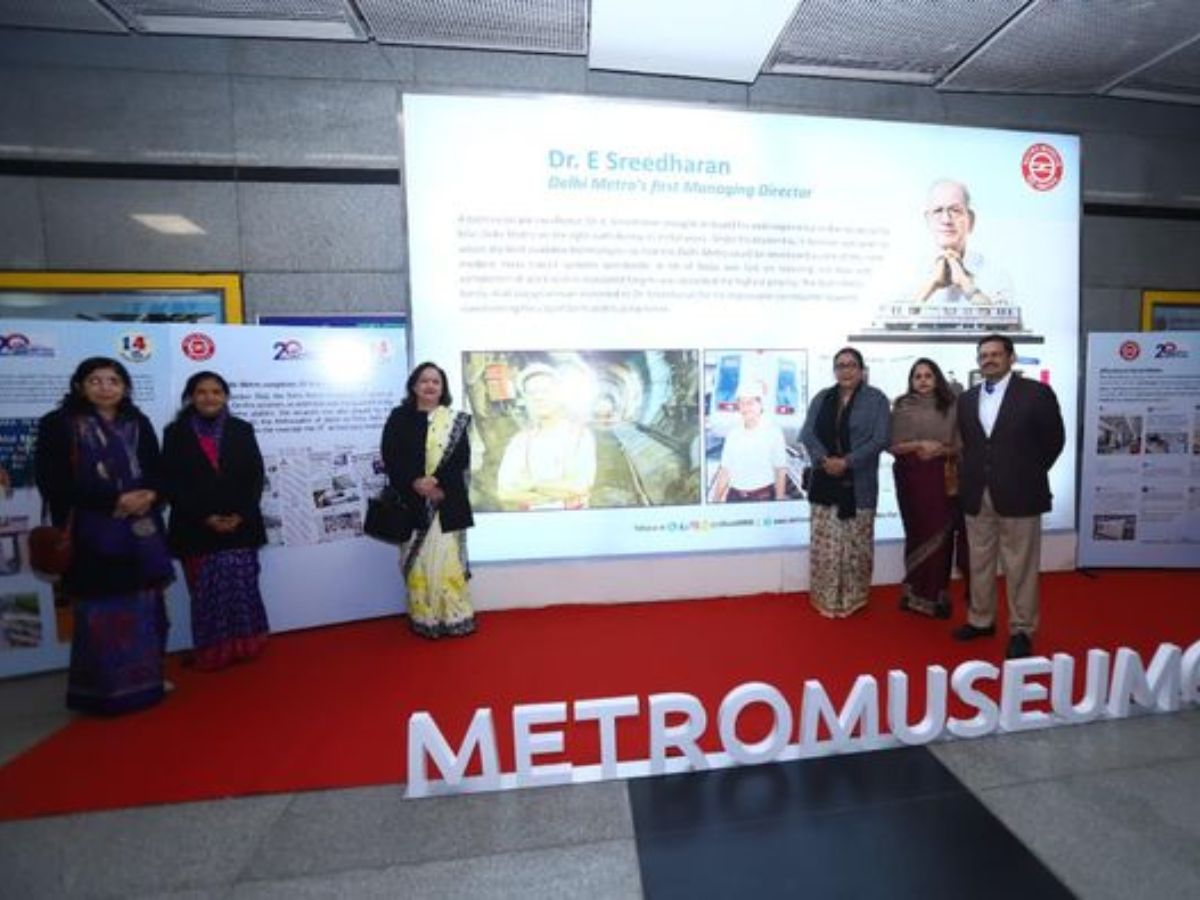 The Museum has also been the venue for various events and initiatives taken up for children by the Corporate Communication Department of DMRC.

The children visited the Metro Museum and were informed about the history of Delhi Metro.

The children performed a play and dance on patriotic songs as part of the event also.

During the event, a special exhibition ‘Metro Museum @14’, highlighting the journey of Metro Museum so far, was inaugurated by the chief guest of the event and DMRC’s first lady, Smt. Shalini Singh in the presence of the wives of DMRC’s functional directors.

Further, the chief guest also inaugurated the new exhibits of original train door set and a pair of wheels of a metro train in the museum.

Marking the 14th anniversary, the chief guest also launched the new souvenir items of Metro Museum which were presented to chief guest and other guests.