There is no major opinion gap...We have a system of regular exchange of notes with these organisations. They have a couple of issues related to disinvestment and will be made aware of the process of implementation. 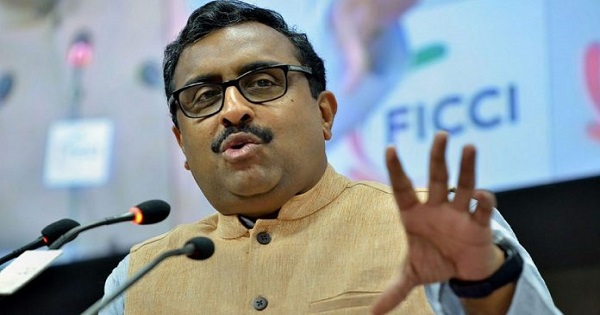 New Delhi: Senior BJP leader Ram Madhav on Sunday said he does not foresee any hurdle in implementing the budgetary proposals for disinvestment of public sector units, as concerns raised by the RSS affiliates are being addressed through dialogue.

He also claimed the opinion gap on the issue between the RSS wings such as Bharatiya Mazdoor Sangh (BMS) and Swadeshi Jagran Manch (SJM) and the party is getting minimised as there is a "system of continuous dialogue with these organisations".

"There is no major opinion gap...We have a system of regular exchange of notes with these organisations. They have a couple of issues related to disinvestment and will be made aware of the process of implementation. "There is no such opposition from anybody," Madhav told PTI when asked about disinvestment announcements by the Centre in the budget.

The BMS and the SJM, which work in the economic sector, raised concerns about the government's proposals in the budget for disinvestment of public sector companies, privatisation, and the increase of foreign direct investment (FDI) limit.

Union Finance Minister Nirmala Sitharaman had proposed to amend the Insurance Act, 1938 to increase the permissible FDI limit from 49 percent to 74 percent in insurance companies. She had also said the Centre is working towards strategic disinvestment.

Other than IDBI Bank, she had proposed to take up the privatisation of two public sector banks and one general insurance company in 2021-22. Madhav hailed the Union budget, saying that it will help fulfill the Centre's vision to make the country a global economic powerhouse. (PTI BSM BDC BDC)