He assured the Nation that the Armed Forces are deployed with full readiness to protect the people from anti-India elements. 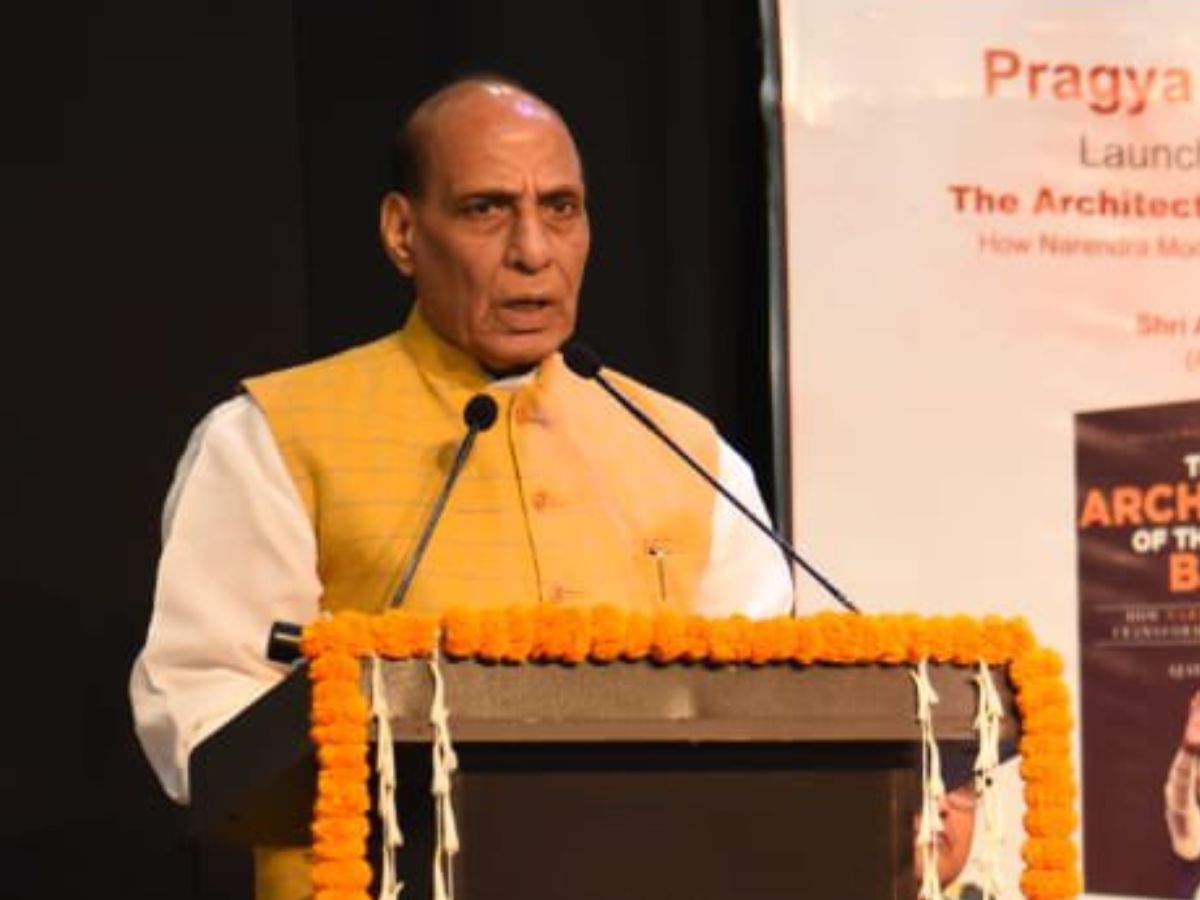 Udaipur, Rajasthan: Under the leadership of Prime Minister Shri Narendra Modi, India has been transformed into a strong, confident & self-reliant nation that is fully equipped to deal with all kinds of threats and challenges. This was stated by Raksha Mantri Shri Rajnath Singh at a function in Udaipur, Rajasthan on August 30, 2022. He stated that the steps taken by the Government in the last eight years have injected new confidence into the Armed Forces. He asserted that India has never attacked any country, nor has it captured an inch of a foreign land, but if anyone ever tries to harm the sovereignty, unity & integrity of the Nation, a befitting reply will be given.

“It is the result of the last eight years that India is no longer weak. We clarified our stand on terrorism when our Armed Forces, displaying tremendous might, carried out surgical strikes in 2016 and Balakot airstrikes in 2019. It was a proof that India's military prowess is no less than any country,” Shri Rajnath Singh said. He assured the Nation that the Armed Forces are deployed with full readiness to protect the people from anti-India elements.

The Raksha Mantri asserted that the foundation of ‘Aatmanirbhar Bharat’ has been laid under the leadership of Prime Minister Shri Narendra Modi and this strong & self-reliant ‘New India’ is moving shoulder-to-shoulder with powerful countries. He listed out a number of steps taken by Ministry of Defence to promote ‘Aatmanirbharta’ in defence, including issuance of three positive indigenisation lists of 310 items and earmarking 68 per cent of capital procurement budget for domestic industry in Union Budget 2022-23. He added that foreign companies are being encouraged to manufacture in India under the ‘Make in India, Make for the World’ vision to strengthen the domestic defence industry.

Shri Rajnath Singh pointed out that the efforts taken by the Government have started to bear fruit as India is not only catering to its own needs, but is also fulfilling the requirements of other countries. He appreciated the fact that defence exports, which were worth about Rs 900 crore eight years ago, have now grown to around Rs 13,000 crore. He added that a target of Rs 2.75 lakh crore worth of defence exports by 2047 has been set, exuding confidence that India is well on course to achieve the objective.

The Raksha Mantri reiterated the Government’s commitment to ensure the safety of Indians who not only reside within the country, but also in other parts of the world. He stressed that the safe return of Indian nationals from Ukraine, amid its ongoing situation with Russia, was testament to Prime Minister Shri Narendra Modi’s resolve of ensuring the safety and security of every Indian.

Shri Rajnath Singh was in Udaipur to unveil the statue of Panna Dhai, a 16th-century nursemaid to Udai Singh II, the fourth son of Indian ruler Sangram Singh I, popularly known as Rana Sanga. Paying glowing tributes, Shri Rajnath Singh commended the bravery of Panna Dhai, who sacrificed her son to protect Udai Singh II, father of Maharana Pratap, in the interest of Mewar and the entire country. He urged the people to take inspiration from Panna Dhai and play their part in Nation Building.