As part of the program MIDHANI Management presented a flag to the employees. They were also instructed to hoist the Indian national flag at their home. 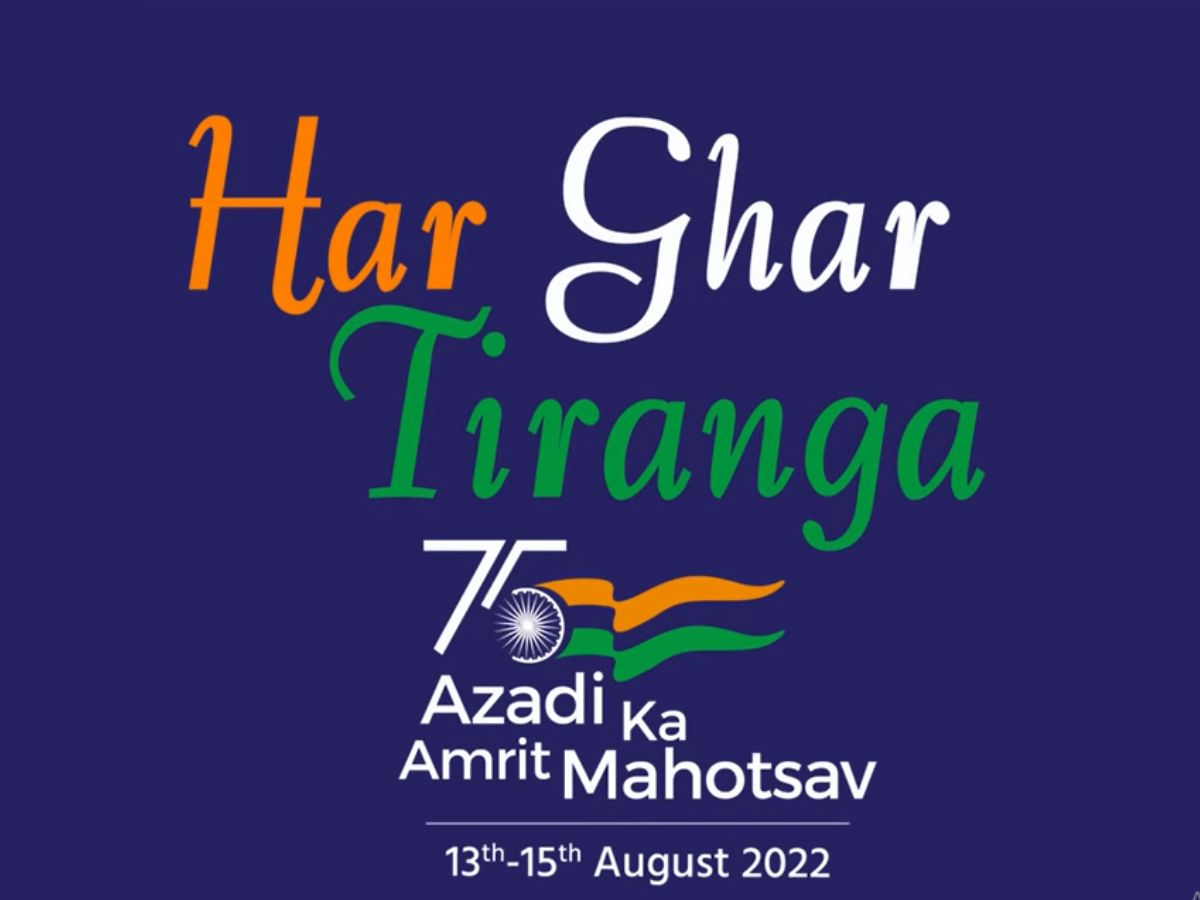 New Delhi: Mishra Dhatu Nigam Limited, Hyderabad (MIDHANI), Ministry of Defence, Government of India Ltd. the program 'Har Ghar Tiranga’, an unprecedented initiative of the Government of India, was started under the aegis of Azadi ka Amrit Mahotsav on 03.08.2022. The central theme of the program is to inspire every Indian to hoist the National Flag at his/her home during 13 to 15 August 2022 and to inculcate the feeling of patriotism in the hearts of the citizens and to promote awareness about our National Flag.

As part of the program MIDHANI Management presented a flag to the employees. They were also instructed to hoist the Indian national flag at their home.

On the occasion, MIDHANI CMD, Dr. Sanjay Kumar Jha while addressing the employees said that the Azadi ka Amrit Mahotsav is a grand event being run to commemorate 75 years of India independence. It is a symbol of the culture of India. The event has given an opportunity to us to remember the India's freedom fighters and glorious history of achievements of India. Various programs are being organized across the country under the 'Azadi Ka Amrit Mahotsav' started to celebrate 75 years of India's independence started by Hon’ble Prime Minister Narendra Modi ji on 12 March 2021 by flagging off a padyatra from Sabarmati Ashram. This started with 75-week countdown to the 75th anniversary of our independence.

The Yatra will complete one year on 15 August 2023. MIDHANI organized many programs under 'Azadi Ka Amrit Mahotsav'. The most important event was the public exhibition of the MIDHANI products. About twenty thousand footfall was registered during the MIDHANI’s exhibition.

On the occasion, Dr. Jha reminded that the exhibitions organized by Defence Undertakings across the country were inaugurated by Hon'ble Defence Minister Shri Rajnath Singh ji. The 'Chief Guest' at the conclusion of the MIDHANI exhibition was Dr. Tamilisai Soundararajan, Hon'ble Governor of Telangana and Hon'ble Lieutenant Governor of Puducherry. He appealed to all the employees that they must hoist the Indian National Flag at their homes and make the Har Ghar Tiranga program a grand success.

Shri T. Muttukumar, Director (Production & Marketing) MIDHANI said that the 'Azadi Ka Amrit Mahotsav' is dedicated to the freedom fighters of India and who not only played an vital role in the development of India, but also made every effort to fill the energy and realize the potential within all of us to activate the vision of 'Self-reliant India' Aatmanirbhar Bharat,  India 2.0 of Honorable Prime Minister Narendra Modi ji. He Said, under the event, another unprecedented initiative of the Government of India, the program of 'Har Ghar Tiranga' has been started. He wished all the employees for the program and advised them to follow the National Flag Code of India while hoisting the flag.