He lamented that the rich natural resources of Chenab were not exploited by the previous governments which ruled J&K for 60-65 years. 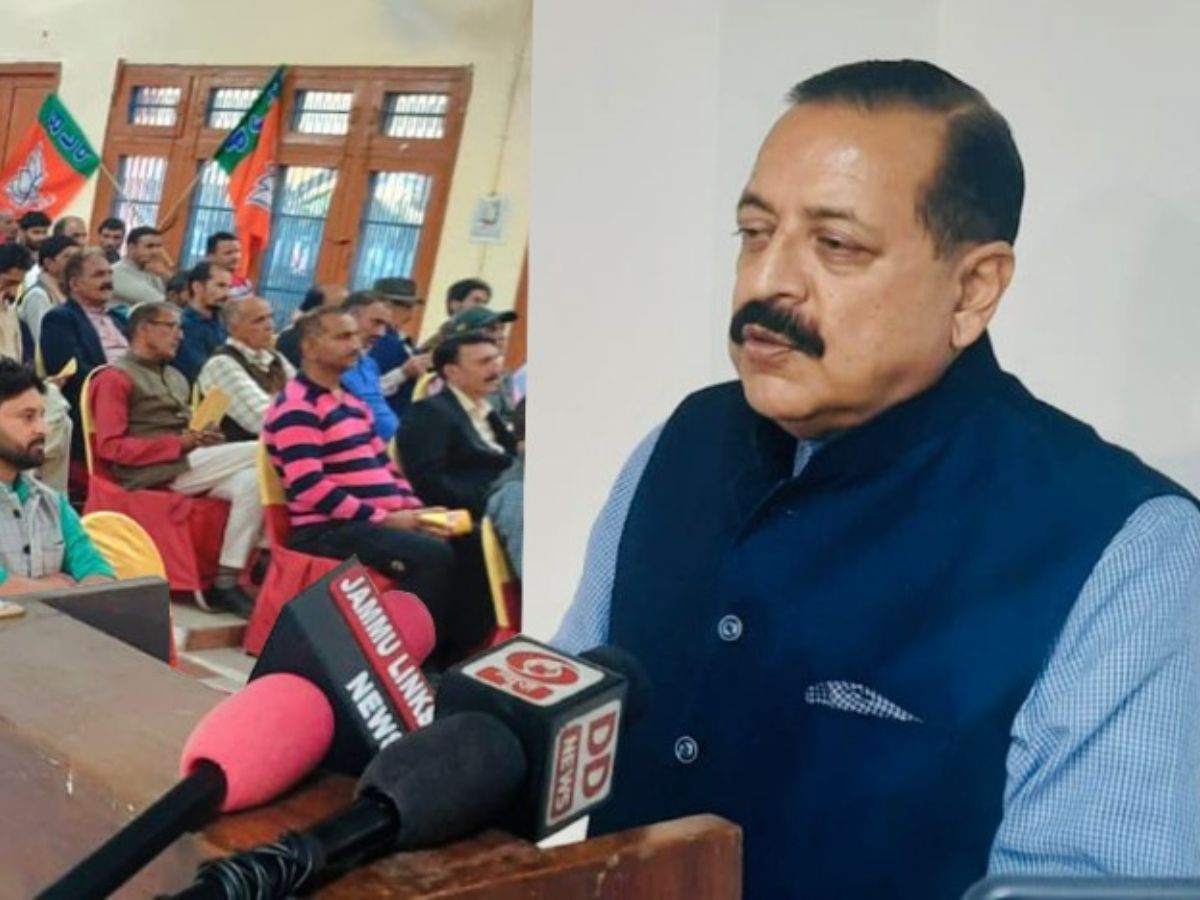 Addressing a public rally through virtual mode from Jammu, as he could not make it to Kishtwar due to inclement weather, Dr Jitendra Singh said, the surplus power from Kishtwar will not only be utilised for other parts of the UT, but will also be sold to other states. He lamented that the rich natural resources of Chenab were not exploited by the previous governments which ruled J&K for 60-65 years.

Pertinent to mention that 1000 MW Pakal Dul Project, 624 MW Kiru Project, 540 MW Kwar Project and 930 MW Kirthai Project are all located in close vicinity of each other, along with 850 MW Ratle Project which has been revived as a Joint venture between the Centre and the UT. This, the Minister said, makes Kishtwar region as one of the biggest power hubs of North India. He also announced 100 percent reservation for locals in unskilled jobs for these projects and promised to give preference to local talent in skilled manpower requirements.

Dr Jitendra Singh said, before 2014, road travel to Kishtwar was cumbersome and on the slightest landside, the Doda-Kishtwar road got blocked. But today, the road travel time from Jammu to Kishtwar has reduced from over 7 hours in 2014 to less than 5 hours now.

Similarly, he said, during these 8 years, Kishtwar has come up on the Aviation Map of India and has been sanctioned an airport under Centre’s UDAAN Scheme, which nobody had ever imagined. The Minister said, Kishtwar has got an AYUSH Hospital, while Padar was given a Kendriya Vidyalaya under Centre’s RUSA scheme, because the then State Government had declined to do so.

Overall, in the erstwhile Doda district of which Kisthwar was a part, Dr Jitendra Singh said, India’s first-ever National Institute of High-Altitude Medicine is coming up in Bhaderwah and centrally funded Medical College has already started in Doda. Similarly, three new national highways including Khilani-Sudhmahadev Highway, a series of Degree Colleges, mobile towers enroute Machail Yatra and other remote areas have also come up during the Modi government, he said.

Dr Jitendra Singh called upon the citizens to motivate the youth to avail maximum benefit of the StartUp avenues in Aroma Mission, Purple Revolution and Lavender cultivation, which has already picked up in the neighbouring Bhaderwah and is seen as a hitherto unexplored source of livelihood.

Dr Jitendra Singh said that areas like Jammu and Kashmir, North-Eastern States and other hilly States suffered on many counts during the last 60-65 years, due to myopic policies of the successive Central Governments, but soon after the Modi government took over in 2014, Prime Minister had stated that every effort would be made to bring the North Eastern region, J&K and other backward regions at par with the more developed regions of the country.

Dr Jitendra Singh said here today that Prime Minister Narendra Modi will always be credited for having introduced a new work culture in India wherein each of the pro-poor and public welfare schemes were designed in such a manner so as to reach the neediest or the last man in the last queue, regardless of cast, creed, religion or vote consideration. Dr Jitendra Singh said revolutionary schemes like Gareeb Kalyan Anna Yojana, Jan Dhan, Ujjawala, Sauchalaya, PM Aawas, Har Ghar Jal, Har Ghar Bijli and Ayushman have reached every nook and corner of the country including in hilly and difficult terrains like Kishtwar. He said, people are getting the benefits of welfare schemes without any discrimination, unlike in the past, when appeasement policy was rampant. The Minister emphasised that these welfare measures brought crores of people out of the clutches of abject poverty and gave them a life of dignity.

In his concluding remarks, Dr Jitendra Singh said, areas with unexplored potential like Kishtwar, North-East and other hilly regions will play a pivotal role in the next 25 years of India’s journey and these regions, rather than the saturated states, will propel India as a frontline nation in the world, when it celebrates 100th year of independence in 2047.