The Village Committee has concented to maintain the solar lights installed by MCL under CSR through Panchayat funds. 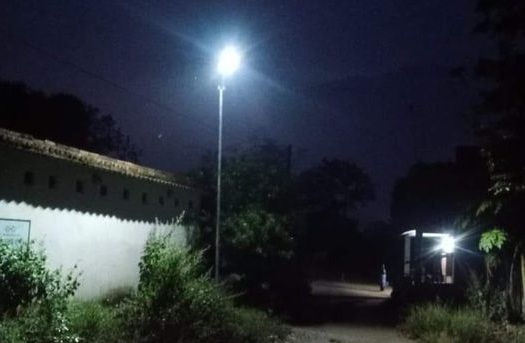 Kuisira, with around 600 households, mostly of SCs/STs, will be a model village in the periphery of Basundhra Area in Ib Valley Coalfields of company.
Mahanadi Coalfields Limited (MCL) is one of the major coal producing company of India. It is one of the eight subsidiaries of Coal India Limited. Mahanadi Coalfields Limited was carved out of South Eastern Coalfields Limited in 1992 with its headquarters at Sambalpur.
The Village Committee has concented to maintain the solar lights installed by MCL under CSR through Panchayat funds. As many as seven such peripheral villages have been earmarked in Basundhara fields for providing solar street lights under MCL CSR.

NTPC CSR initiatives through e-VOICE shape future of nearby youth

Uttar Pradesh: Northern Coalfields Limited provided financial assistance of Rs 90 Lakh to the District Administration of Sonebhadra (U.P.) under CSR initiatives for procurement of medical equipment to strengthen the health infrastructure and contain the spread of COVID-19 in the district. On We
Posted Date :  16-06-21

New Delhi: Power Grid Corporation of India Limited (POWERGRID), a Maharatna CPSU under Ministry of Power, Government of India installed an Oxygen Plant at District Hospital, Jaisalmer, which was inaugurated by Chief Minister of Rajasthan Shri Ashok Gehlot. The plant has been built at an esti
Posted Date :  05-06-21