The event was limited to a Technical Launch as the event is tide dependent, any change in the schedule was not possible. 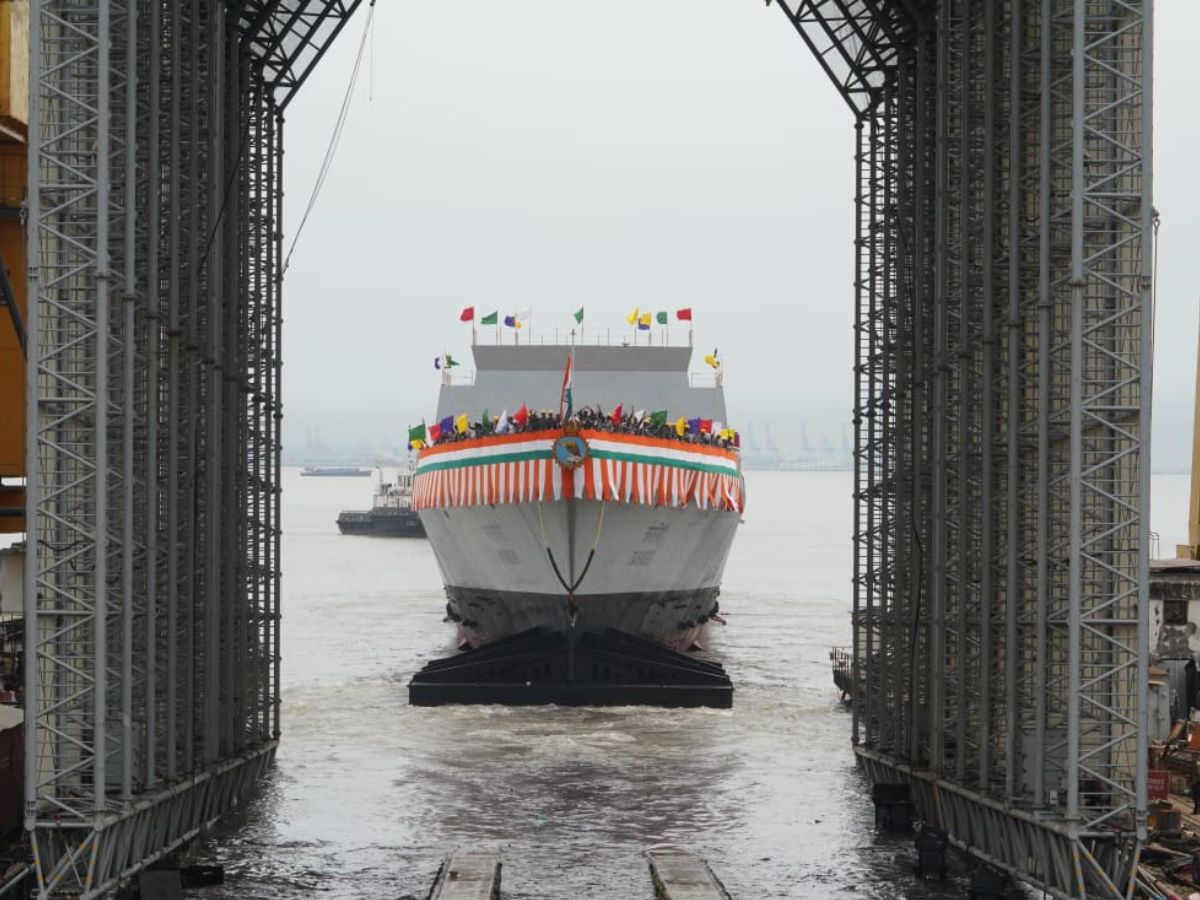 New Delhi: Mazagon Dock Shipbuilders Ltd (MDL) launched the third Stealth Frigate of Project 17A ‘TARAGIRI’ on September, 11. In compliance with the notification issued by the Ministry of Home Affairs, the Government of India declared a state of mourning on 11 Sep 2022. The event was limited to a Technical Launch as the event is tide-dependent.

This ship has been built using an Integrated construction methodology which involves hull block construction in different geographical locations and integration/erection on Slipway at MDL. The keel of Taragiri was laid on 10 Sep 2020 and the ship is expected to be delivered by August 2025. The vessel is being launched with an approximate launch weight of 3510 Tons. The ship is designed by the Indian Navy’s in-house design organization viz. Bureau of Naval Design. MDL has undertaken the detailed design & construction of the ship which is also overseen by the Warship Overseeing Team (Mumbai).

The 149.02 M long & 17.8 M wide ship, is propelled by a CODOG combination of two Gas Turbines and 02 Main Diesel Engines which are designed to achieve a speed of over 28 knots at a displacement of approx. 6670 Tons. The steel used in Hull construction of P17A frigates is indigenously developed DMR 249A, a low carbon micro-alloy grade steel manufactured by SAIL.

The indigenously designed ‘Taragiri’ will have state-of-the-art weapons, sensors, an advanced action information system, an integrated platform management system, world-class modular living spaces, a sophisticated power distribution system, and a host of other advanced features. It will be fitted with a supersonic surface-to-surface missile system.

The ship’s air defence capability, designed to counter the threat of enemy aircraft and anti-ship cruise missiles will revolve around the vertical launch and long-range surface-to-air missile system. Two 30 mm rapid-fire guns will provide the ship with close-in-defence capability while an SRGM Gun will enable her to provide effective naval gunfire support. Indigenously developed triple tube lightweight torpedo launchers and rocket launchers will add punch to the ship’s anti-submarine capability.