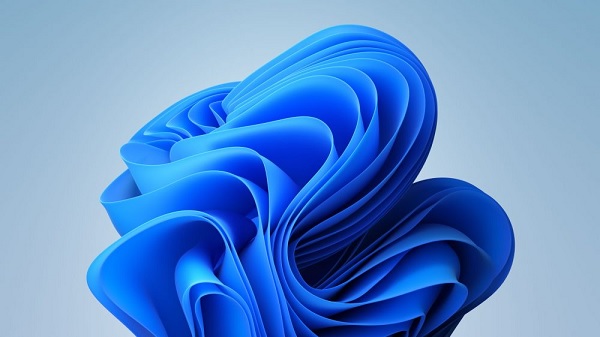 New Delhi: Microsoft Windows, commonly known as Windows, on Thursday announced the launch of Windows 11. Now the company officially announces the new version of Window after six years of Windows 10.

Back in 2015, the company launched Windows 10, and now it comes back with a bang with the coolest and classy features of the operating system. let's see the new version of Windows.

It’s the place where many of us wrote our first email, played our first PC game, and wrote our first line of code. Windows is the place people go to create, to connect, to learn, and to achieve – a platform over a billion people today rely on, said Panos Panay Business Executive and Chief Product Officer for Windows+.

The company is introducing Snap Layouts, Snap Groups, and Desktops to provide an even more powerful way to multitask and stay on top of what you need to get done.

The Chat from Microsoft Teams integrated in the taskbar which instantly connect through text, chats, voice or video with all of your personal contacts, anywhere, no matter the platform or device they’re on, across Windows, Android or iOS. There is a plus point for the gamers, Windows 11 unlocks the full potential of your system’s hardware, putting some of the latest gaming technology to work for you. Like: DirectX 12 Ultimate, which can enable breathtaking, immersive graphics at high frame rates; DirectStorage for faster load times and more detailed game worlds; and Auto HDR for a wider, more vivid range of colors for a truly captivating visual experience. It enables developers and independent software vendors (ISVs) to bring their apps regardless of whether they’re built as a Win32, Progressive Web App (PWA), or Universal Windows App (UWP), or any other app framework, creating an opportunity to reach and engage with more people. With the inputs of news.microsoft.com

New Delhi: India’s leading digital payments and financial services platform Paytm on July 15, 2021 filed the first official papers for its much-awaited IPO. The company is heading for a market debut with an aim to raise $2.2 billion, which is touted to be India’s largest IPO.
Posted Date :  03-08-21

Mumbai: Honeywell today announced that it has established an intensive care unit (ICU) facility at the Dahisar COVID-19 Jumbo Centre in the city to treat critical COVID-19 patients. This is the second such facility set up as part of Honeywell’s COVID relief efforts in the country. The com
Posted Date :  03-08-21

New Delhi: Creating India’s champion in the global Test & Measurement space With decades of learning and experience, Motwane’s commitment to innovation has made the firm a go-to name in the Indian Test & Measurement industry. Its dynamic and ‘ideas-first’-culture, fue
Posted Date :  03-08-21

Here is how Technology can help us in restoration of the earth. Dr Mukesh Kwatra writes

Technology and humans have been intertwined for millennia. However, technology is a double-edged sword that is capable of doing and undoing the damage. If used recklessly, it can damage ecosystems.  Various species try to survive in reduced natural habitat and in the process viruses from s
Posted Date :  27-07-21

New Delhi: Reliance Industries Ltd (RIL) is likely to produce natural gas from the MJ field of the KG D6 block by the third quarter (October-December) of next fiscal.   The company, in an investor presentation, said that the first offshore installation campaign has been completed and the
Posted Date :  26-07-21

Fujitsu, has appointed iMocha for faster hiring of job-fit candidates