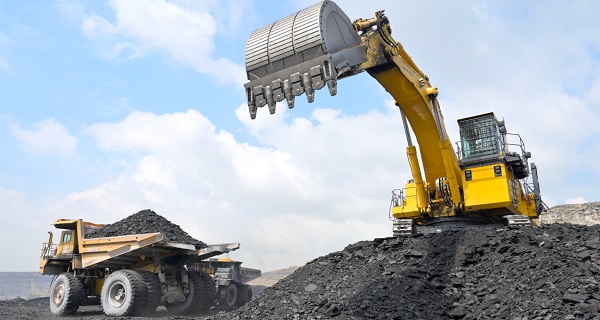 New Delhi: Ministry of coal successfully rolls over the next Tranche of Auction of Coal Mines for Sale of Coal today. The Ministry launches the auction process of 40 new coal mines (21new mines under the CM(SP) Act and 19 new mines under the Tranche 3 of MMDR Act). With coal mines rolling over from the previous tranche, there shall be a total of 88 coal mines on offer.

Union Minister of Coal and Mines said, "Under the leadership of PM Narendra Modi ji, auction for commercial coal mining was launched last year. Continuing the momentum, launched 3rd tranche of auctions today. In this tranche highest-ever no. of mines are being offered."

He added, Mines on offer are a mix of small & large reserves, coking & non-coking, fully & partially explored mines. I invite investors to tap into India’s vast coal reserves. Urge States to facilitate opening of allocated coal mines so that India can make use of abundant coal reserves.

Total geological resources of about 55 billion tonnes of coal are on offer from these 88 mines, of which 57 are fully explored mines and 31 are partially explored mines. There are 4 coking coal mines on offer. Mines are spread across 10 coal-bearing states of Jharkhand, Chhattisgarh, Odisha, Madhya Pradesh, Maharashtra, West Bengal, Andhra Pradesh, Telangana, Arunachal Pradesh, and Assam.

From this tranche onwards, the Ministry of Coal has introduced provisions in the Agreement related to (i) Sustainable mining operations, including mine closure; (ii) Mechanised evacuation of coal; and (iii) Surrender of a coal mine by Successful Bidder upon encountering difficult mining conditions.

The list of mines has been finalized post detailed deliberations and mines falling under protected areas, wildlife sanctuaries, critical habitats, having forest cover greater than 40%, heavily built-up area etc. have been excluded.

Key features of the auction process include the introduction of the National Coal Index, ease in participation with no restriction for prior coal mining experience, full flexibility in coal utilization, optimized payment structures, efficiency promotion through incentives for early production, and use of clean coal technology. Further incentives are being contemplated by the Ministry of Coal with a focus on sustainability.

Addressing the function, Union Minister of Coal, Mines & Parliamentary Affairs, Shri Pralhad Joshi stressed that the Ministry of Coal and the Government of India, under the leadership of Prime Minister Shri Narendra Modi, are on a continuous journey to reform the coal sector and unlock values for the nation’s economy.

Minister Shri Joshi threw light on the energy consumption pattern of the country and how the demand of power has increased by around 20 percent compared to pre-Covid times. The Minister emphasized that India is currently one of the lowest in terms of per capita consumption of power as compared to the developed countries and that the power demand of the country is expected to be doubled by the year 2040 owing to the major steps taken by the Government in connecting the remotest of the places with power and reiterated that the coal will continue to play a major part in the energy mix of the country for next 35-40 years.

The Minister also announced that the earlier rebate of 20% on the final offer on sale or consumption of coal for coal gasification / liquefaction, may be increased. The Minister also informed that discussions are in progress for incentives for the coking coal blocks. These steps will help in increasing the participation of prospective bidders.

On the occasion, Minister of State for Coal, Mines & Railways, Shri Raosaheb Patel Danve, stressed that the coal sector is going to play a major role in realising the vision of a 5 trillion-dollar Indian economy. The Minister emphasized that a lot of steps have been taken by the Ministry of Coal for enhancing the production of coal like introduction of commercial mining, reduction in payments by the bidders, removal of the eligibility criteria for participation in the coal block auctions thereby ensuring maximum participation from the bidders which will lead to the enhanced production of coal. He laid stress on the recent policy amendments allowing the captive miners to sell up to 50% of the annual production of coal.

Addressing the gathering, Secretary, Ministry of Coal, informed that the prices of imported coal has increased two to three time and it paved the way for utilising more of the domestic coal thereby reducing the imports. This has been possible due to the various initiatives taken by the Ministry of Coal like allowing commercial mining, allowing enhanced production over and above the production as per the mining plan, providing incentives to the bidders, reduction in payments, allowing captive miners to sell coal etc. These steps have ensured that dependence on coal imports is reduced and that the domestic production is increased to meet the coal demand of the country.

Earlier, welcoming the guests and potential bidders, the Additional Secretary and Nominated Authority, Ministry of Coal, Shri M Nagaraju emphasised the need of augmenting domestic coal production, considering the rise in international coal and oil prices, and that potential investors may secure a coal mine for themselves.

The commencement of sale of tender document shall start from 12th October 2021. Details of the mines, auction terms, timelines etc. can be accessed on MSTC auction platform. The auction shall be held online through a transparent 2 stage process, on the basis of Percentage Revenue Share. This round of auction will be the 13th Tranche of auction under CMSP Act and 3rd Tranche of auction under MMDR Act.

SBI Capital Markets Limited, sole Transaction Advisor to Ministry of Coal for the commercial coal mine auction, had devised the methodology and is assisting the Ministry of Coal in conduct of the auction.