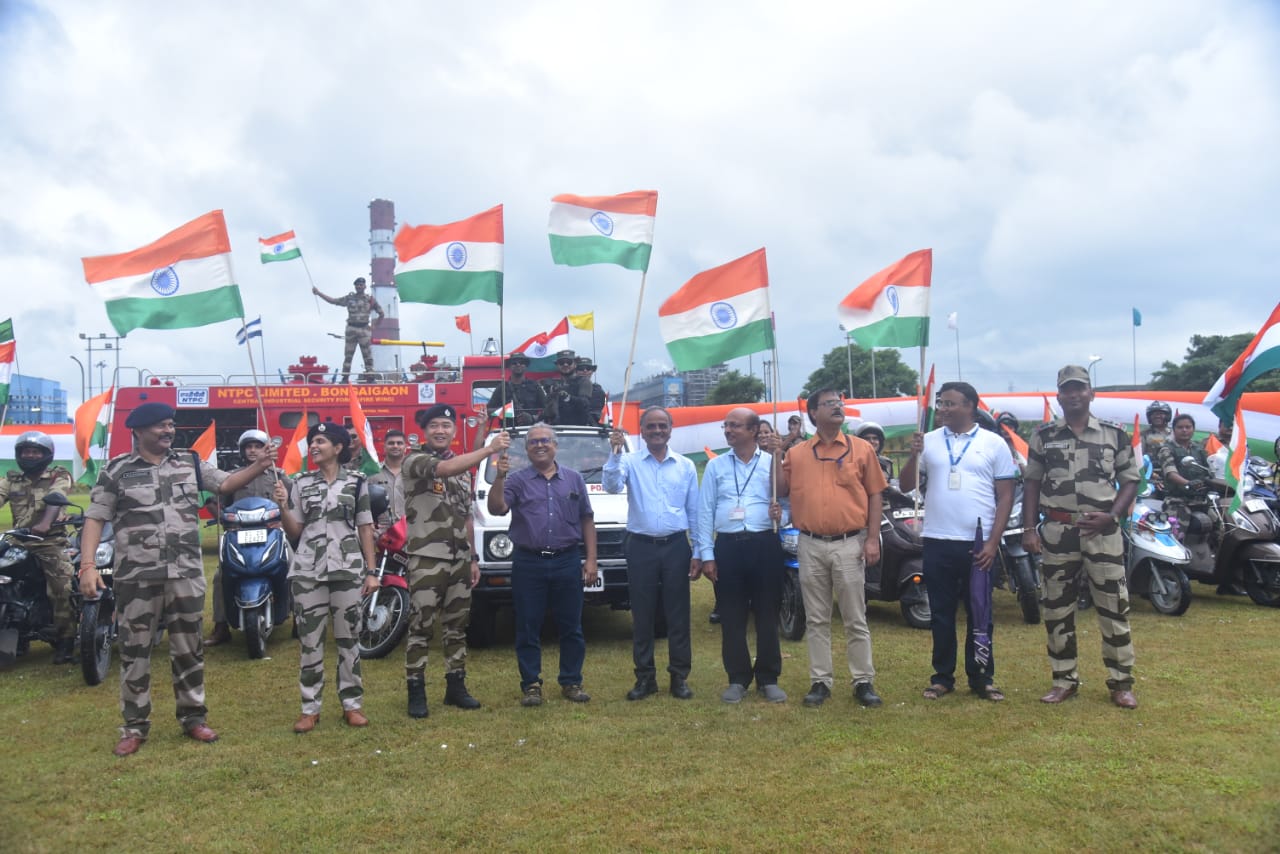 More than 300 CISF jawans of the CISF unit of NTPC Bongaigaon today participated in the Azadi Ka Amrit Mahotsav and the Har Ghar Tiranga campaign. The CISF officials and CISF fire wing took a bike rally from the Subhash Chandra Bose outdoor Stadium of NTPC Bongaigaon and carry the rally in the plant and took the same to the Salakati area near the plant . The rally was a show of strength and unity celebrating the freedom struggle and the diversity associated with the celebration.

The villagers were thrilled to see the rally and the patriotism associated with it.