Hindi is the language of the people, bring it into your practice, said Shri Bhola Singh 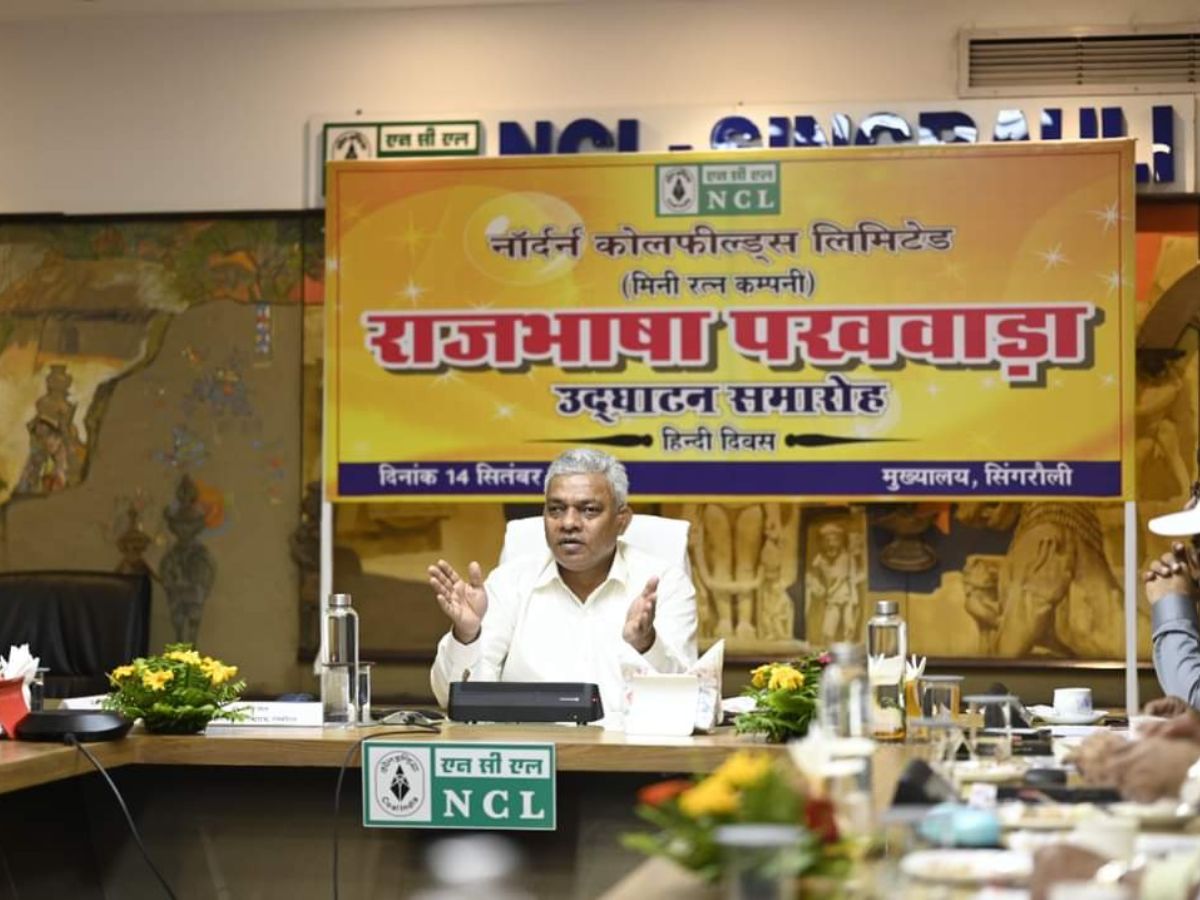 New Delhi: On the occasion of Hindi Diwas in Northern Coalfields Limited (NCL), a Mini Ratna company of the Government of India, Mr. Bhola Singh, Chairman-cum-Managing Director (CMD) of the company launched Rajbhasha Pakhwada-2022 on Wednesday.

In his presidential address, CMD Shri Bhola Singh while congratulating everyone on Hindi Diwas said that Hindi is the official language of the country, so we should be proud to work in it. Shri Singh said that almost all the developed countries of the world give priority to the language of their country for communication and business and the official language is also playing an important role in building a self-reliant nation.

Describing Hindi as capable of expressing all kinds of feelings, he said that today the acceptance of Hindi language has increased in the biggest global forums. Shri Singh said that along with celebrating Rajbhasha Pakhwada, it is the responsibility of all of us to bring the official language into our practice, assimilate it. He urged all the heads of departments and senior officers to work in Hindi themselves and to motivate their subordinate employees for the same.

During the program Director (Technical/Project & Planning), NCL Shri SS Sinha, Company JCC members Shri Maya Shankar Singh from BMS, Shri Ajay Kumar from CMS, Shri BS Bisht from RCSS, Shri Ashok Kumar Pandey from HMS and CMOAI K. General Secretary Sarvesh Singh was present as a special guest. Heads of the Headquarters were present on this occasion and the General Managers and other officers and employees of all the project/units were also involved through virtual medium.

Earlier in the beginning of the program General Manager (Personnel), NCL Shri SS Hasan welcomed all the guests and apprised them about the activities to be organized during the fortnight.

It is worth mentioning that in all the coalfields and units of the company, Rajbhasha Pakhwada was started on Hindi Diwas. During the coming fortnight till September 28, various programs will be organized to promote the promotion and use of official language Hindi in the company.