Secretary Coal also laid down the foundation stone of the 50 MW Solar Power plant in the Nigahi Area. 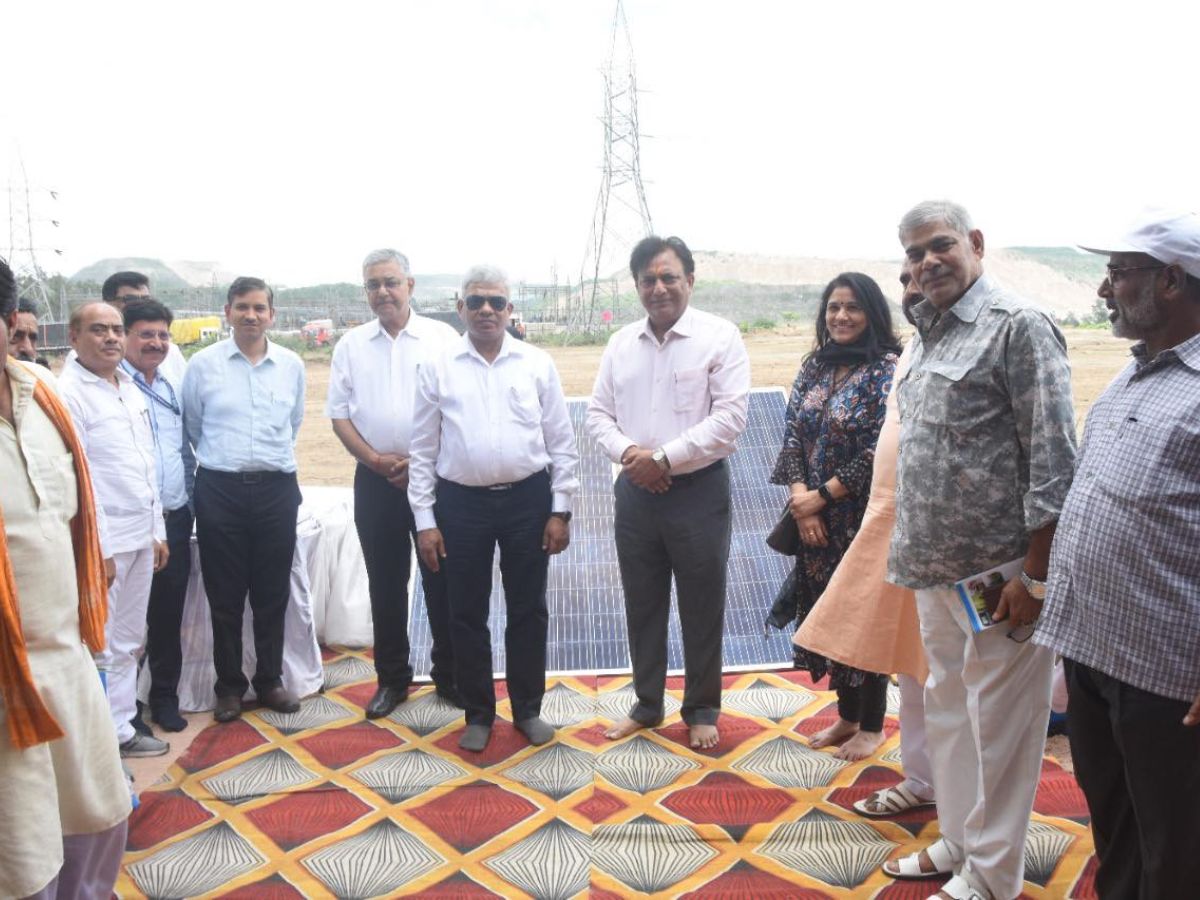 NCL is keen to promote Sustainable coal mining which is getting reflected in the recent initiatives by the coal Miniratna said Dr. Anil Kumar Jain Secretary Coal, Government of India on his visit to Singrauli-based Coal India’s Subsidiary NCL.

Secretary Coal also laid down the foundation stone of the 50 MW Solar Power plant in the Nigahi Area. The plant will be set up over an area of 129.35 Hectares land with a total power generation of 94 Million Unit Per Year & lead to reduce carbon emission by 78020 Tonnes per year. The generated power will be consumed for operational and other purposes by NCL. The company is set to achieve 273 Megawatt power generation in the coming time from renewable sources to achieve the target of Net Zero.

He visited the Nigahi open cast coal mine and oversaw the mine operation. He also inspected the site of ongoing First Mile Connectivity  Project (Coal Handling Plant) at Jayant Area. NCL is working on such 9 First Mile Connectivity Projects with an investment of more than Rs. 3100 Crores out of which 02 projects have already been completed. With the completion of these FMC projects till 2023-24, NCL will capable to despatch its almost produced coal through eco-friendly and mechanized mode.

NCL is a Coal Mining giant producing more than 122 Million Tonnes of Coal Annually from its 10 Highly Mechanized opencast coal Mines based in Singrauli and Sonbhadra District of MP and UP states.