CMD NCL inaugurated and flagged off the huge electric rope shovel with 20 Cubic Meter capacity in NCL's Dudhichua project and dedicated it to the nation. 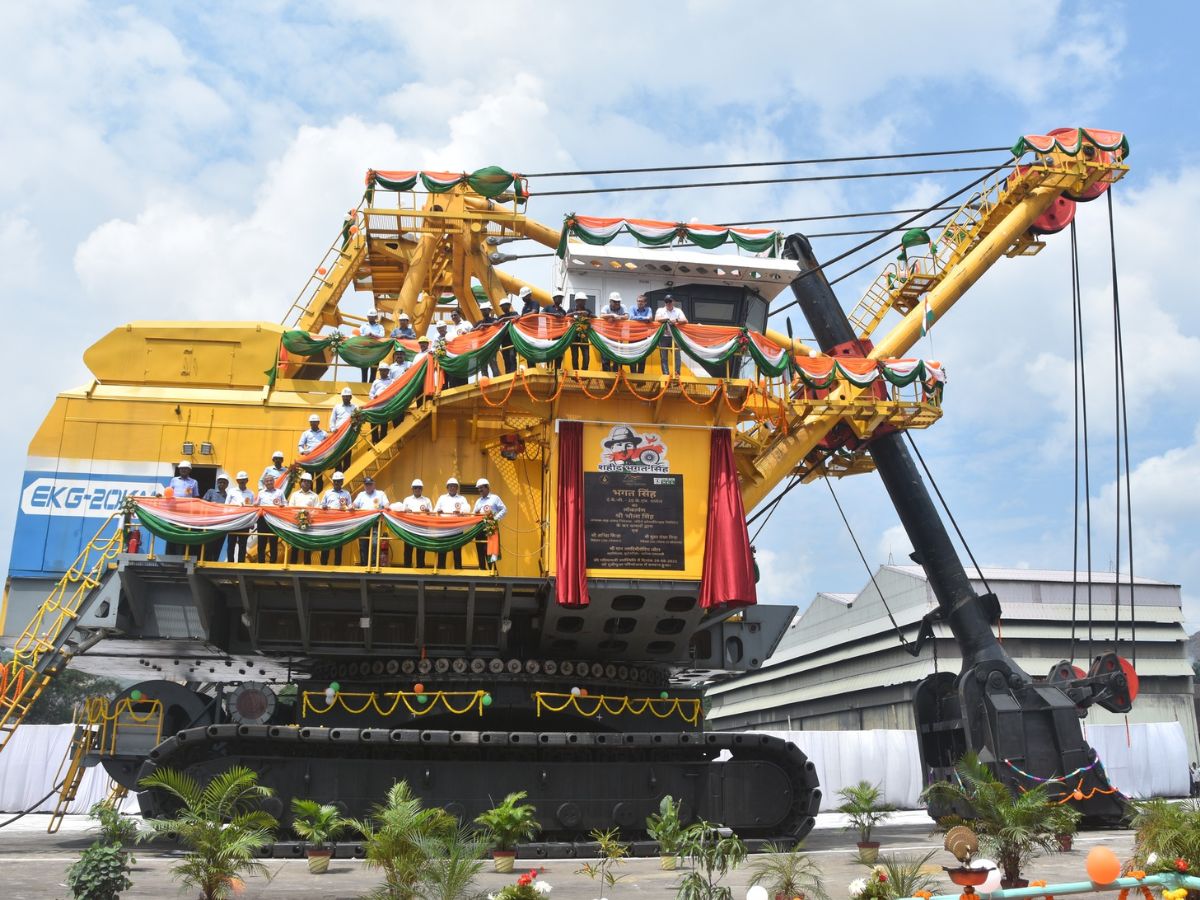 New Delhi: On Wednesday, a new giant excavator was inducted into Northern Coalfields Limited’s machine fleet. CMD NCL inaugurated and flagged off the huge electric rope shovel with 20 Cubic Meter capacity in NCL's Dudhichua project and dedicated it to the nation.

Addressing the inaugural ceremony Shri Bhola Singh, CMD, NCL congratulated the employees for the new shovel and called upon for optimum maintenance and full capacity utilization of the newly inducted shovel.

He said that team NCL  is widely known for its excellence in open cast mining equipped with  In-depth domain knowledge, vast expertise, and rich experience. The concerted efforts of NCL’s Present Workforce leads to the company on crest of success. He also emphasized to continuous improvement of production and productivity with due care of safety and the environment to make the nation self-reliant in the energy sector.

The Shovels are the big excavators which excavate the Coal and other material to load them into dumpers for transportation to desired places. This 20 Cubic Meter Bucket capacity shovel is the first of its kind machine deployed in Coal India Limited and is equipped with all the latest safety features and modern technology. In the near future, 10 more such Russian  EKG-20 KM model shovels are to be deployed in NCL’s mines.