NLC India Ltd. is joining hands with the Govt.of Tamil Nadu and the International (FIDE) and National (AICF) Chess Federations on organizing  the 44th Chess Olympiad to be held at Mahabalipuram. 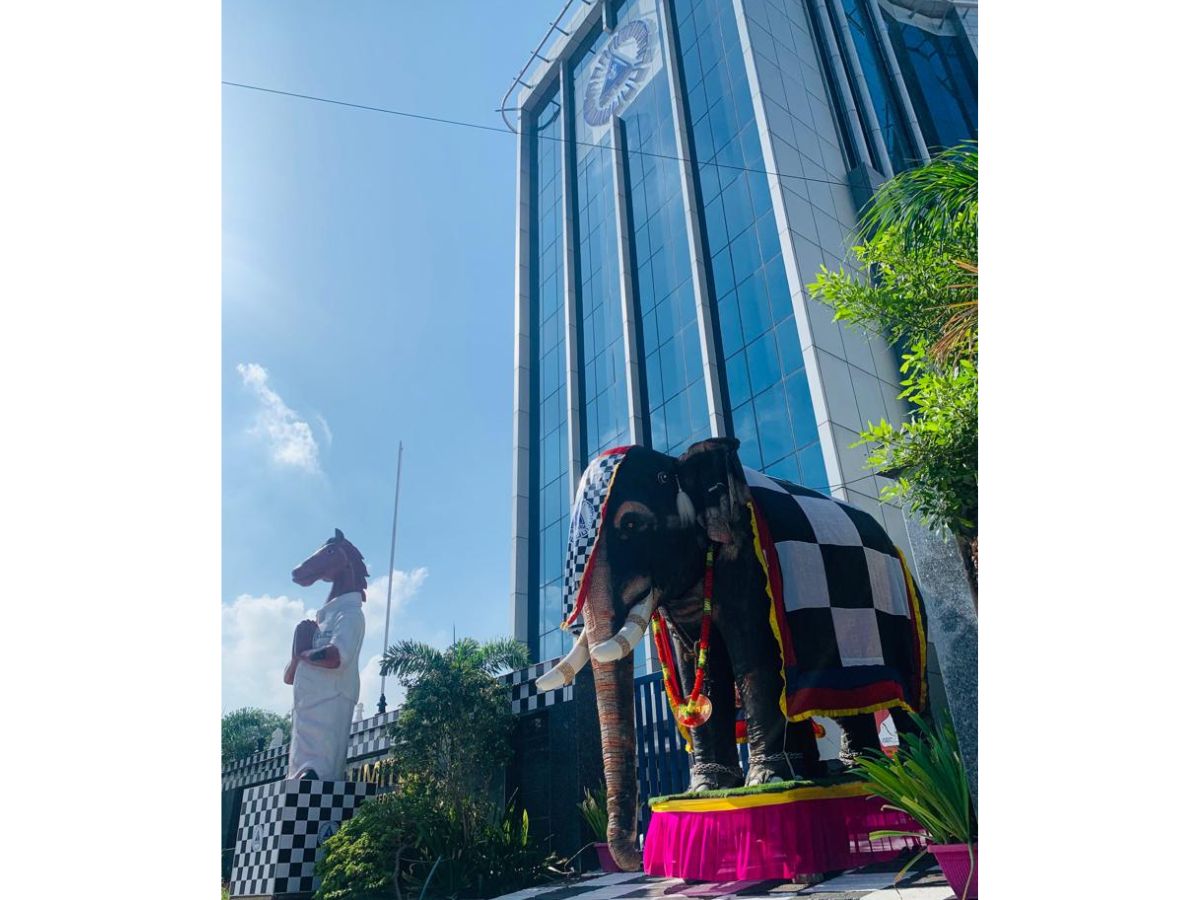 Neyveli House, the Regional Office of NLCIL, in Chennai decorated with chess theme is giving publicity to the 44th Chess Olympiad

New Delhi- NLC India Ltd. is joining hands with the Govt.of Tamil Nadu and the International (FIDE) and National (AICF) Chess Federations on organizing  the 44th Chess Olympiad to be held at Mahabalipuram, Chennai by taking the lead role of supporting the mega event as Associate Sponsor.

NLC India Ltd, a Navratna grade Central Public Sector Enterprise, functioning under the administrative control of Union Coal Ministry is fueling the wheels of progress of the country, by generatingThermal and Renewable energy power. The sustained efforts of the company to tap natural resources and to promote domestic production has contributed immensely to the Nation’s successful march towards self - reliance and economic stability.

Today, the company is operating 5 opencast mines of installed capacity 50.60 million tonnes of Lignite and Coal per annum and has a installed power generating capacity of 6061 MW, which includes 1421 MW of green power.

Not just mining and power generation, NLCIL has contributed significantly to the Socio-economic development of the Nation for more than 6 decades. It always feels that “Employees Health is NLCIL’s Wealth”.

For implementing this moto the company is regularly encouraging sports activities among its employees, their wards, school students and youth from in and around its operating regions including peripheral villages.

Olympian Swimmer  Selvan Sajan Prakash, is another International Sports Star in the recent time who represented India in the Tokyo and Rio Olympic Games. Smt. Beena Chacko, Smt.Tessy Joseph, Smt. Mercy Mathew, Shri.R.Iyyappan Durai and Shri.J.Augustine are some of the Athletes from NLCIL who represented India in various International Sports and Games Meets.

In this juncture, the Sports Development Authority Tamil Nadu has approached NLCIL to take the lead role of organizing the 44th Chess Olympiad to be held at Mahabalipuram, Chennai between 28.07.2022 and  10.08.2022. Shri. Rakesh Kumar,  CMD of NLCIL and the Board of Directors of the Company rightly accepted the proposal and granted Rs.7.50 Crore to support the event.

Accordingly, NLCIL rightly utilizing the deliverables, given by the organisers like exhibition stall, publicity arrangements, publishing, broad casting, telecasting the company’s  advertisements etc. and developing its brand image using the International Mega Event. On the other hand NLCIL is also using its own brand image to give publicity to the Mega Chess event.

The Company is also using its social media to popularize the mega event and also getting publicity using the social media platforms of the mega chess event.

NEYVELI HOUSE, the Chennai Regional office of the company, which is located in the heart of the city, Periyar EVR High Road, Kilpauk is glittering with modern lights and moving images using computer graphics on the theme of Chess. Prototype models of Thambi, the official logo of 44th Chess Olympiad , an Elephant  and Chess coins are placed in front of the office and giving a wide publicity to the 44th Chess Olympiad.

The official Logo “Thambi” is also displayed in all the production units and offices in Neyveli. Shri. Prabhu Kishore, Chief Regional Manager of the Company and also the Chief of Public Relations Dept. and his team making all arrangements for this grand event.