The ladies Club also distributed items such as oximeter, Digital BP machine, glucometer, and an aqua-guard to the inmates of a nearby old- age home. 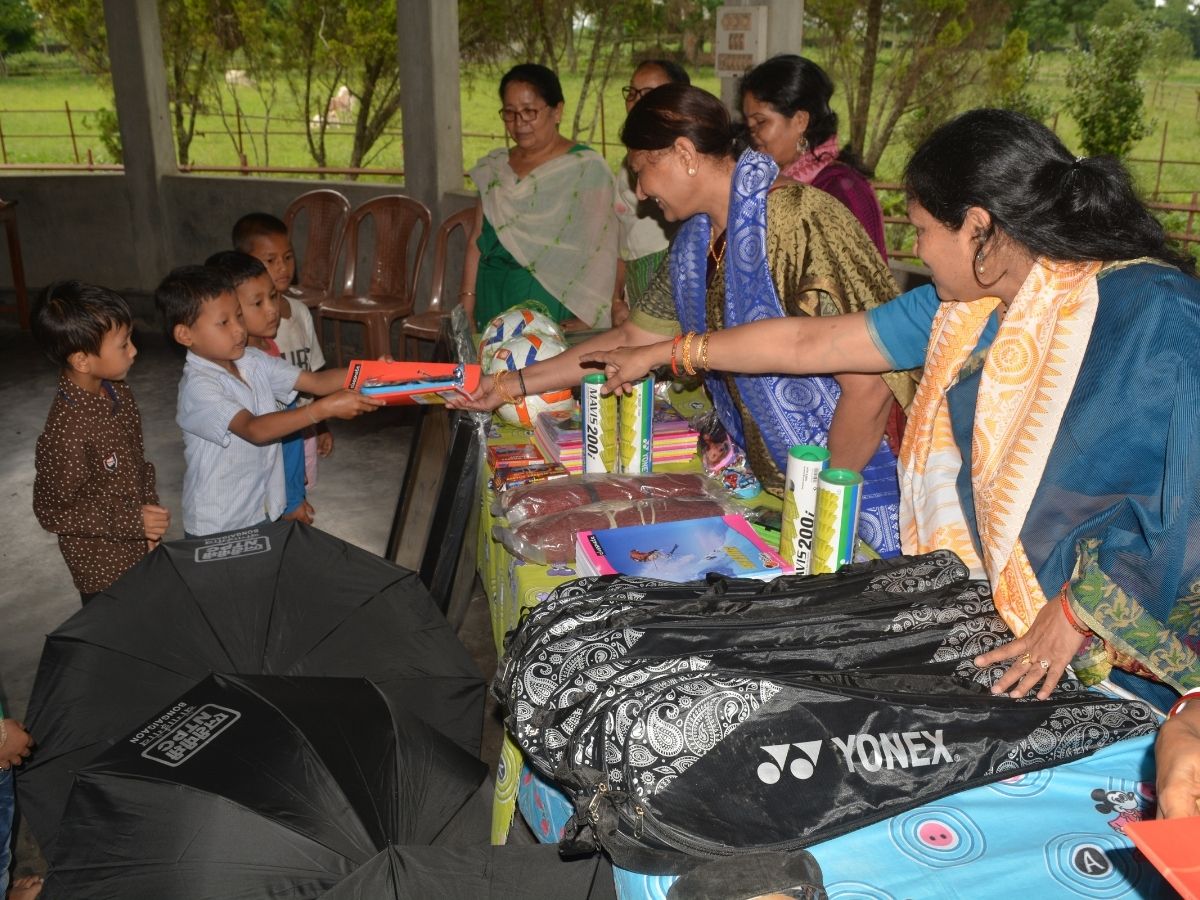 Bongaigaon: 20th May 2022 was a bright day in Kokrajhar as it brought smiles among the beneficiaries under the CSR of NTPC Bongaigaon. Various activities at Shanti Old age Home, Alarayan Orphanage and Kokrajhar Girls College as a part of community development and with an intent to improve the lives of the people created an environment of positivity among the beneficiaries.

The ladies Club also distributed items such as oximeter, Digital BP machine, glucometer, and an aqua-guard to the inmates of a nearby old- age home.

An interaction between the representatives of the Old Age home and NTPC was also done wherein the old age home members thanked NTPC Bongaigaon for the gesture. Demonstrations were also made on how to use the instruments by the medical team of the station so that the inmates as well as caretakers/volunteers could perform these basic tests by themselves.

Later, the members of the ladies Club visited the tiny children at Alarayan Orphanage which included student stationery like notebooks, pencil boxes, umbrellas and play items such as cricket set, Badminton set, carrom set etc were distributed to them.

The children performed a cultural program wearing their traditional attire and danced to songs in the local Bodo language. The NGO management thanked NTPC Bongaigaon for their warmth to the children.

CMPDIL donated an Ambulance under CSR

PFC to Assist 4 Cr for Trauma Centre in MPTMC, Siddharthnagar