The Locomotive number 1411 manufactured by Messers Banaras Locomotive Works, Indian Railways, was procured and commissioned in the year 1991. 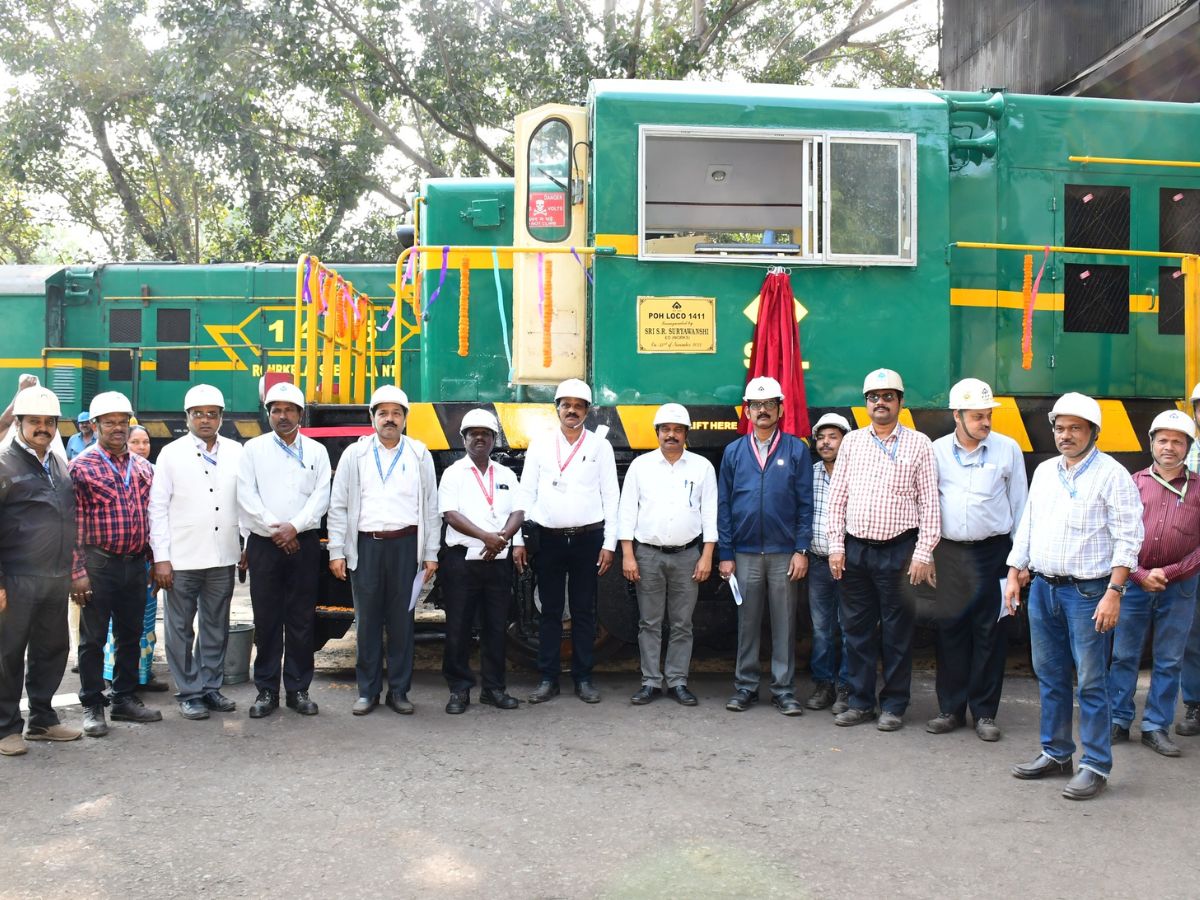 Mr Suryawanshi took stock of the overhauled locomotive and drove the engine. He exhorted the collective to make the best use of the locomotive and help the plant further enhance its performance. He also urged them to ensure overall safety in the department.

It may be noted that locomotives are essential equipment for the movement of internal and external rolling stocks and are directly related to the production and dispatch of finished products of the Steel Plant.

Notably, Periodically Overhauled Locomotive is the most exhaustive preventive maintenance schedule and RSP is getting it done at the Indian Railways Workshop, Trichurapalli. All mechanical, electrical & pneumatic assemblies and sub-assemblies are overhauled, and complete rewiring, denting and painting of the locomotive is done in the schedule.

The Locomotive number 1411 manufactured by Messers Banaras Locomotive Works, Indian Railways, was procured and commissioned in the year 1991. The locomotive was sent on for periodical overhauling at Golden Rock Indian Railways workshop, Trichurapalli in June 2022.

After periodical overhauling, the same was received back at RSP on 18th November 2022. Notably, the earlier POH of Locomotive was done in the year 2006. The locomotive will be used to transport raw materials and finished and & semi-finished products through captive and Railway wagons.

Overhauling of the Locomotive has improved its reliability, availability and horsepower, resulting in smooth internal and external movement of rolling stock.