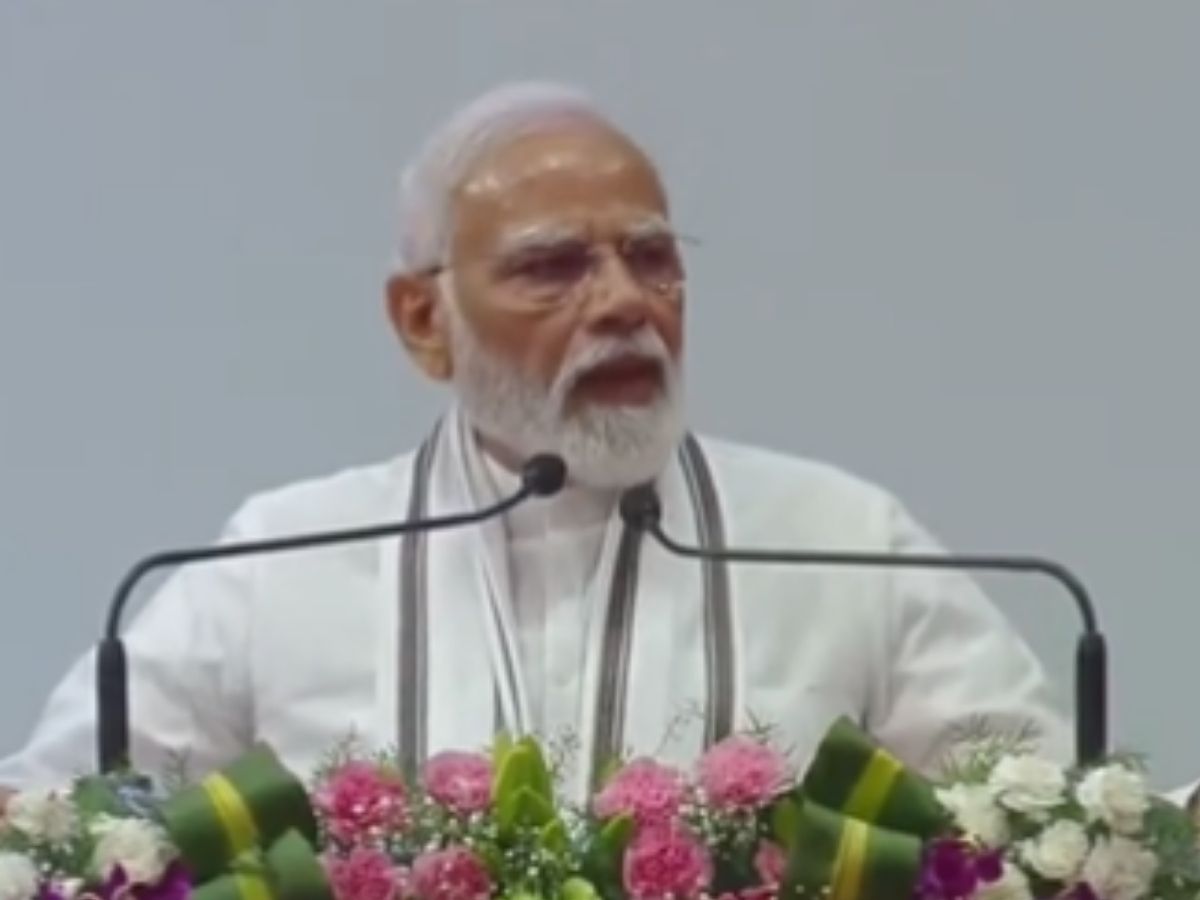 New Delhi: Prime Minister Shri Narendra Modi dedicated to the nation and laid the foundation stone of 11 projects worth over Rs 31,500 crore in Chennai. These projects will boost infrastructure development, enhance connectivity and give an impetus to ease of living in the region. Governor of Tamil Nadu Shri R. N. Ravi, Chief Minister Shri M K Stalin, and Union Minister Shri L Murugan were among those present on the occasion.

He said that someone or the other from Tamil Nadu is always excelling. He recalled hosting the Deaflympics contingent and said “this time it was India’s best performance in the tournament. Out of the 16 medals we have won, youngsters from Tamil Nadu had a role in 6 of those medals”.

The Prime Minister expressed his happiness that five railway stations are being redeveloped, he said, will help the farmers as it will give them new markets.

The Prime Minister dedicated to the nation five projects worth over Rs 2960 crore. The 75 km long Madurai-Teni (Railway Gauge Conversion Project), was built at a project cost of over Rs. 500 crore, will facilitate access and give a boost to tourism in the region.

The 30 km long third railway line between Tambaram - Chengalpattu, built at a project cost of over Rs. 590 crore, will facilitate running of more Suburban services, thus offering greater options and enhancing comfort for the travellers.

The programme also witnessed inauguration of 1152 houses constructed as part of the LightHouse Project - Chennai, built at a cost of Rs 116 crore under Pradhan Mantri Awas Yojana-Urban.