The Prime Minister called Bengaluru the home of technology and thought leadership, an inclusive and innovative city. 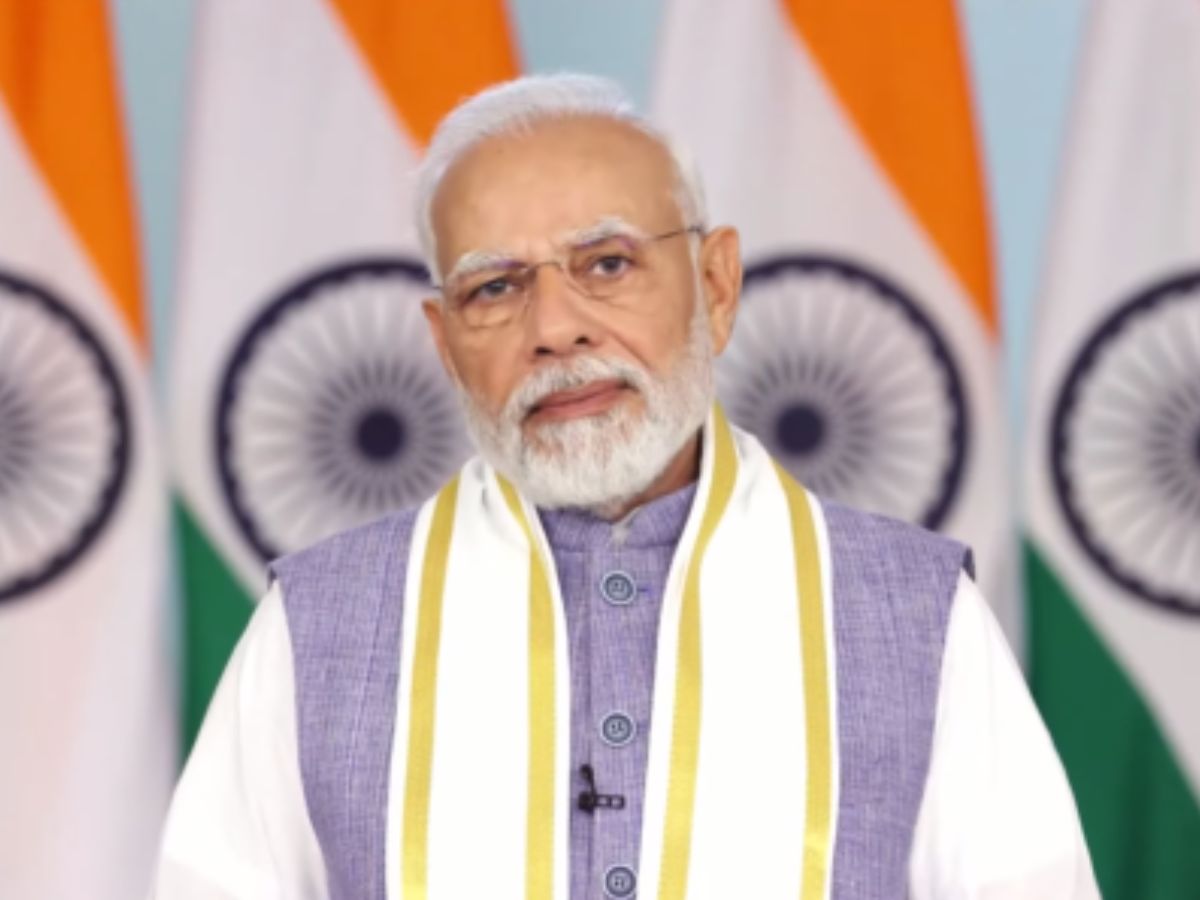 New Delhi: The Prime Minister, Shri Narendra Modi today commented that India’s Innovative youth has ensured tech and talent globalisation and said “in India, technology is a force of equality and empowerment.” The Prime Minister was addressing the Bengaluru Tech summit via video message.

The Prime Minister called Bengaluru the home of technology and thought leadership, an inclusive and innovative city. For many years, Bengaluru has been number one in India's Innovation Index, he added.

India's technology and innovation have already impressed the world. However, the Prime Minister emphasized, that the future will be much bigger than the present because of  India’s Innovative youth, and increasing tech access. He said Indian youth has ensured tech globalisation. and talent globalisation. The Prime Minister said, “We are using our talent for global good.”

The Prime Minister informed that India jumped to the 40th rank in the Global Innovation Index from 81st rank in 2015 this year. The number of unicorn start-ups in India has doubled since 2021, as India emerges as the third largest start with 81000 recognized start-ups. The Indian talent pool has encouraged hundreds of international companies to have their R & D centres in India.

Elaborating on the increasing tech access for Indian youth, the Prime Minister talked about the mobile and data revolution that is taking place in the country. In the last 8 years, Broadband connections rose from 60 million to 810 million. Smartphone users went from 150 million to 750 million. The growth of the internet is faster in rural areas than in urban areas. “A new demographic is being connected to the information super-highway”, Shri Modi said.

He also touched upon democratization of technology in India. India has also shown how to give tech a human touch. He said “in India, technology is a force of equality and empowerment.” He gave the example of world's largest health insurance scheme, Ayushman Bharat that provides a safety net for nearly 200 million families i.e. 600 million people and Covid vaccination drive, the world’s largest vaccination drive that ran on tech platforms.

He also listed examples from the education sector such as one of the largest online repositories of open courses where over 10 million successful online and free certifications have happened. Referring to the lowest data tariffs the Prime Minister said that it helped poor students to attend online classes during the pandemic.

The Prime Minister further said that India is using technology as a weapon in the war against poverty. He gave examples of use of drones for Svamitva scheme and Jan Dhan Aadhar Mobile (JAM) trinity to elaborate on poor friendly measures. The Svamitva scheme brought authenticity to the property record and gave the poor access to credit. JAM ensured Direct Benefit transfer and became the backbone of many welfare schemes, the Prime Minister said. The Prime Minister also referred to GeM ‘a government run successful e-commerce platform’. “Technology has helped small businesses find a big customer. At the same time, this has reduced the scope for corruption. Similarly, technology has helped with online tendering. This has accelerated projects and boosted transparency. It has also hit a procurement value of Rs One trillion last year”, Shri Modi said highlighting the strides made by GeM.

The Prime Minister underlined the need to remove silos. He said “innovation is important.But when backed by integration, it becomes a force. Technology is being used to end silos , enable synergy and ensure service. On a shared platform, there are no silos.” Giving example of the PM Gati Shakti National Masterplan, the Prime Minister said India is investing over Rs 100 trillion in infrastructure over the next few years. With Gati Shakti shared platform, the central government, state governments, district administrations and different departments can coordinate. Information relating to projects, land use and institutions are available at a single place. So, each stakeholder sees the same data. This improves coordination and solves problems even before they occur.It is accelerating approvals and clearances, he said .

The Prime Minister emphasized that India is no more a place known for red tape. It is known for red carpet for investors. “Whether it is FDI reforms, or liberalisation of drone rules, steps in the semi-conductor sector, the production incentive schemes in various sectors, or the rise of ease of doing business, India has many excellent factors coming together”, he said. The Prime Minister concluded by an appeal. He said “your investment and our innovation can do wonders. Your trust and our tech talent can make things happen. I invite you all to work with us as we lead the world in solving its problems.”