The Prime Minister reiterated that in the last eight years, the Central Government has continuously worked to make Metro the most prominent mode of urban transport. 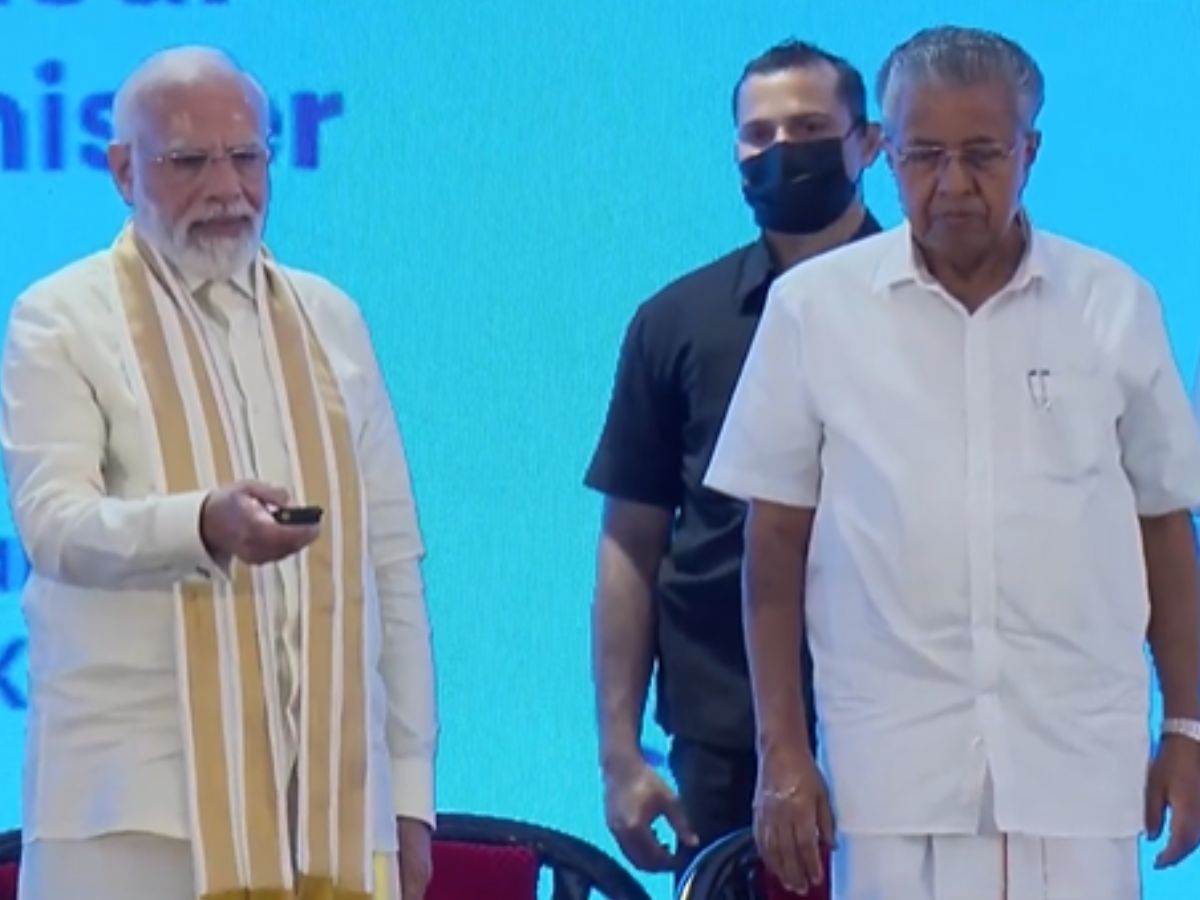 Kochi: The Prime Minister, Shri Narendra Modi on Thursday, September 1, 2022, laid the foundation stone and dedicated to the nation various projects of Kochi Metro and Indian Railways worth around Rs 4500 crore in Kochi. Earlier on the day, the Prime Minister visited Shri Adi Shankara Janmabhoomi Kshetram at Kalady village in Kochi.

Addressing the gathering, the Prime Minister said that every nook and corner of Kerala is filled with the joy of the holy festival of Onam. He congratulated everybody for these projects that enhance the Ease of Living and Ease of Doing Business. “On this auspicious occasion, Kerala has been gifted with connectivity projects worth more than Rs 4600 crore”, the Prime Minister said.

Remarking on the implementation of The Unified Metropolitan Transport Authority in Kochi, the Prime Minister said that this authority will work to integrate all the modes of transport, such as metro, bus, waterway etc. “With this model of multimodal connectivity, the city of Kochi will have three direct benefits. This will reduce the travel time of the people of the city, reduce the traffic on the roads and reduce the pollution in the city. To protect the environment, India has taken the colossal pledge of net zero, it will also help in that. This will reduce the carbon footprint”, the Prime Minister added.

The Prime Minister reiterated that in the last eight years, the Central Government has continuously worked to make Metro the most prominent mode of urban transport. He also added that the central government has expanded the metro to other big cities of the state, and is not limited just to the capital. The Prime Minister remarked that the first metro in our country ran about 40 years ago and in the next 30 years, merely 250 km of metro routes were added. Emphasising the work done in the last 8 years, the Prime Minister said that more than 500 km of Metro routes have been laid in the country and work on the new route of more than 1000 km is taking place rapidly. “We are completely transforming Indian Railways. Today, railway stations in the country are also being developed like airports”, the Prime Minister added.

Remarking on the long-standing demand of lakhs of devotees, the Prime Minister said it is a joyous occasion for devotees of Sabarimala from across the country and the world who wish to visit the shrine. “The doubling of the Ettumanoor-Chingavanam-Kottayam track will greatly facilitate the darshan of Lord Ayyappa”, the Prime Minister added.

Highlighting the ongoing work in Kerala, the Prime Minister said that different infrastructure projects worth Rs 1 lakh crore are taking place as we speak. “From agriculture to industries, this modern infrastructure will create new employment opportunities in Kerala. The central government is giving a lot of emphasis on the connectivity of Kerala. Our government is also converting NH 66, which is called the lifeline of Kerala, into 6 lanes. More than 55 thousand crore rupees are being spent on this”, the Prime Minister said.

Highlighting the role of the central government, the Prime Minister said that various incentives for entrepreneurship in the tourism sector are being provided. He said that Mudra scheme is helping the needy with loans up to Rs 10 lakh and that too without a guarantee. The Prime Minister said, “Under this scheme in Kerala, more than 70 thousand crore rupees have been given to lakhs of small entrepreneurs as a helping hand.”

Remarking on the speciality of Kerala, the Prime Minister said that the care and concern of the people are part of society's life. He said, “A few days back I got the opportunity to inaugurate Maa Amritanandamayi ji's Amrita Hospital in Haryana. I was also blessed to have the blessings of Amritanandamayi Amma who is full of compassion. Today I express my gratitude once again from the soil of Kerala.”

The Prime Minister concluded his address by stressing the basic mantra of Sabka Saath, Sabka Vikas, Sabka Vishwas and Sabka Prayas and that the government is developing the country based on these principles. The Prime Minister pledged to strengthen the path of developed India in the Amrit Kaal.

Details of the projects

The Prime Minister inaugurated the Phase I extension of the Kochi Metro Rail Project from Petta to SN junction. The total cost of the project is over Rs 700 crores. Kochi Metro Rail project will be one of the most sustainable metro projects in the country with nearly 55% of its energy needs being met by solar power. The Prime Minister laid the foundation stone for the Phase –II stretch of the Kochi Metro rail project from JLN stadium to Infopark, having a length of 11.2 km and covering 11 stations.

The total estimated cost of this project is around Rs. 1,950 crores. The proposed Phase II corridor of the Kochi Metro Rail Project is aimed at catering to the growing transportation needs of Kochi City and is planned in such a way that it connects the District Headquarters, Special Economic Zone and IT Hub of the city with the existing metro rail network.

On completion, the combined Phase I and Phase II metro network will link the major residential and commercial hubs in the city with major transit hubs such as railway stations and bus stands, thus reinforcing the concept of multi-modal integration and last-mile connectivity.